The Problem of Suffering Is Inherent in Theism 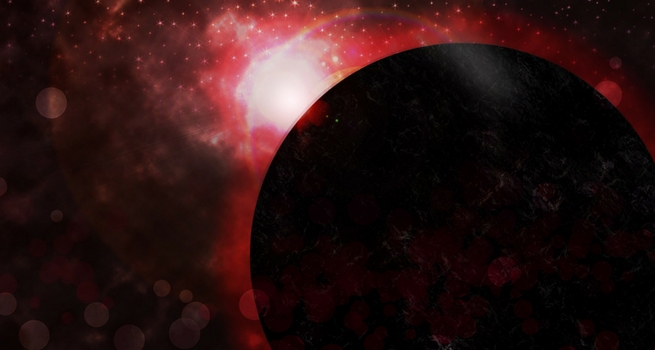 I have long been fascinated by Thomas Hardy’s diatribe against fate, Hap.

If but some vengeful god would call to me
From up the sky, and laugh: "Thou suffering thing,
Know that thy sorrow is my ecstasy,
That thy love's loss is my hate's profiting!"

Then would I bear it, clench myself, and die,
Steeled by the sense of ire unmerited;
Half-eased in that a Powerfuller than I
Had willed and meted me the tears I shed.

But not so. How arrives it joy lies slain,
And why unblooms the best hope ever sown? —
Crass Casualty obstructs the sun and rain,
And dicing Time for gladness casts a moan. . . .
These purblind Doomsters had as readily strown
Blisses about my pilgrimage as pain

Hardy’s lament over life’s arbitrary nature is one of many polished verbal wedges in the triumphal arch of senseless suffering. Theologians call it theodicy: the obscene sight of people tortured to death by illness and starvation and war in the presence of an almighty but apparently indifferent God. As far back in time as we can go, people have tried to resolve the discrepancy between what Heaven promises and what Heaven delivers.

In the second millennium BCE, the author of the Babylonian Theodicy[i] complained to his friends that religion had been a great disappointment.

67~Your mind is a north wind, a pleasant breeze for the peoples.
68~Choice friend, your advice is fine.
69~Just one word would I put before you.
70~Those who neglect the god go the way of prosperity,
71~While those who pray to the goddess are impoverished and dispossessed.
72~In my youth I sought the will of my god;
73~With prostration and prayer I followed my goddess.
74~But I was bearing a profitless corvée [obligation] as a yoke.
75~My god decreed instead of wealth destitution.
76~A cripple is my superior, a lunatic outstrips me.
77~The rogue has been promoted, but I have been brought low.

The same lament is heard in the Psalms and the Book of Job (which it resembles). The conclusion is always the same: God is inscrutable, or as a friend of the Babylonian Job puts it:

254~O wise one, O savant, who masters knowledge,
255~In your anguish you blaspheme the god.
256~The divine mind, like the centre of the heavens, is remote;
257~Knowledge of it is difficult; the masses do not know it.[ii]

C.S. Lewis made somewhat of a career lecturing and writing on the mystery of suffering.[iii] As a confident Christian rationalist, he strove to make sense of suffering. Then his newfound love, Joy Davidman, died of cancer and all his rational answers imploded in an explosion of grief. The 1993 movie Shadowlands (and his originally anonymous booklet, A Grief Observed), explores the pain that purged his soul of rationalism and led him to reconsider faith itself.[iv]

From time to time, believers attempt to defend God against the never-ending insults and charges hurled toward Heaven by people scandalized by the idea of divine passivity in the face of egregious suffering, but this is one aspect of life that no rational argument can touch.Theodicy is inherent in theism. Whether you argue that God really is not as powerful as we have thought[v] or that he is restrained by the freedom of choice that he has granted humans, you are only going to convince people who are not existentially touched by suffering.

"One of the stronger complaints from [debate opponents] Sontag and Roth is that, given the enormity of evil in the world, a deity that is [merely] doing its best is not worthy of worship. The implication is that a deity that is not doing its best is worthy of worship. For example, in reference to Auschwitz, Roth mocks my God with the statement that “the best that God could possibly do was to permit 10,000 Jews a day to go up in smoke.” Roth prefers a God who had the power to prevent this Holocaust but did not do it! …Roth finds my God too small to evoke worship; I find his too gross.".[vi]

The Bible gives vent to the same frustration that we find expressed in the Babylonian Theodicy referenced above, but it does not provide any more of an intellectual solution to the theistic conundrum than the Babylonian sage. The Bible’s solution is religious, not intellectual: you are simply told to trust in God.

Some Christians will take exception to my conclusion. They will point to Isaiah and Ezekiel’s royal taunts with their oblique references to an extra-biblical story about a heavenly being who was cast down from Heaven (Isaiah 14 and Ezekiel 28). When combined with Luke 10:18 and the Book of Revelation, it supposedly establishes that evil has a cosmic origin, and that the happiness of the entire world, if not the universe, depends on how the war with evil will be fought and eventually resolved. Human suffering, from this theological perspective, is collateral damage in an ideological war between good and evil. (Few people have done a better job at mining this Great Controversy theme for a rational solution to theodicy on biblical grounds than Sigve Tonstad in his 2016 book, God of Sense.)[vii]

Personally, I am not at all convinced that it is possible to braid the various strands of biblical and extra-biblical references to a cosmic conflict into a coherent, chronological narrative that accommodates all the biblical data.[viii] But more importantly, even if we could establish that the Great Controversy theme, bequeathed to us by the Ante-Nicean fathers and enhanced by Milton and Ellen White, was indeed the Bible’s salvific framework, we would be no closer to resolving the problem of theodicy.

First of all, it is only in the game that paper beats rock. When life clobbers you, no amount of paper theory will alleviate the pain. When your six-year-old is wasting away with cancer or is killed by a drunk driver and you know that God could effortlessly have saved your child, no excuse, however high-minded, will take even a bite out of your grief. Moreover, any suggestion that God is complicit in her death, that she is dying for a reason, will at best sound like justification of human sacrifice. You are free to tell a grief-stricken parent and a suffering child that God’s heart is bleeding for them, but even that will be a stretch under such circumstances. To suggest that they are collateral damage in a cosmic war that God has not found it timely to put an end to would be to pour salt in an open wound. It would be plain awful. Paper does not beat rock in the real world.

In a recent Atlantic Monthly article[ix], Molly Ball writes about Trump’s spokesperson, Kellyanne Conway: “She’s figured out that she doesn’t need to win the argument. All she has to do is craft a semi-plausible (if not entirely coherent) counternarrative, so that those who don’t want to look past the facade of Trump’s Potemkin village don’t have to.” I would argue that virtually all rationalist arguments that apologists have come up with to “get God off the hook” fall into the category of religious “spin.” You explain theodicy in rational terms in order to quiet the concerns of those who would like to believe the very best about the character of the Almighty not to convince outsiders.[x]

We live in an age of science, and it is understandable that believers want to appear rational, but it is a risky proposition to wager your religious confidence and your faith on the integrity of rational syllogisms, be they philosophical or biblical. When it comes to theodicy (“passing judgment on God”), the brutal truth is that the only philosophically satisfying explanation for God’s non-interference is a materialistic universe devoid of divine will. Only if you remove God or gods from the equation does it make sense that the innocent suffer and that the wicked prosper and that suffering drags on and on for thousands of years.

With God in the picture, there is no other answer than the one given by both Old and New Testament writers: doggedly trusting in God against all evidence to the contrary.[xi] The Bible’s approach to suffering is religious, not analytical.

[v] Which is essentially what process theologians argue. See https://en.wikipedia.org/wiki/Process_theology

[viii] Neither the framing narrative of The Book of Job or Jude and 2 Peter’s references to The Book of Enoch, for instance, do not fit into either Ellen White’s or Sigve Tonstad’s version of the war between good and evil.

[x] A good example is Timothy Keller’s 2016 book, Making Sense of God: An Invitation to the Skeptical. Keller claims to be addressing the skeptical, but when you read it, you realize that it is an invitation to the believer to join him in singing loudly past the graveyard of the world’s skeptics. As a skeptic, who initially thought the book was supposed to be a conversation with me, I found it extremely frustrating.

[xi] Which, ironically, represents the antithesis of the theological approach to theodicy taken by proponents of the Adventist Great Controversy theory. Its entire premise is based on the fact that God needs time to earn the trust of the universe. The God of the Great Controversy has no trust in either angels or humans to recognize evil when they see it, and his solution is to turn the world into a reality show broadcast to the entire universe in the hope that thousands of years of episodes of satanically inspired mayhem will convince its inhabitants that God is the good guy and Satan is the bad one. This is a God who does not ask for your trust but for a few thousand years to convince you not to trust the bad guy. He is not, I would argue, not the God of the Bible, the one who did not hesitate to strike when people (unlike demons) needed to be struck.

Aage Rendalen is a retired foreign language teacher who has served the Richmond public school system in Virginia.