The 145 delegates from 32 churches together with the pastors elected Dr. Stephan Sigg as president of the German-Swiss Conference (DSV) of the Seventh-day Adventist Church for the next four years. Due to his commitments as head of the youth department for the Western- and Southern-European church organization (Inter-European Division, EUD), Sigg will only take up his new position after the International Youth Congress in Valencia, Spain, has taken place, anticipated in the autumn of 2017. In the meantime, Pastor Günther Maurer (64) will continue to lead the church in German-speaking Switzerland. Since 2015, Maurer has also been president of the Swiss Union of the Seventh-day Adventist Church which also includes the territories of French-speaking (Romandie) and Italian-speaking Switzerland (Ticino) and Liechtenstein.

As the new president of the German-Swiss Adventists, Stephan Sigg envisions a church whose members, liberated by God's grace, follow in the spirit of Jesus, and based on God's word, authentically demonstrate an active faith of love in the society they live in. The message of reconciliation is to be credibly carried into the world through communion and witness to invite people to meet the Lord of life with hope.

Origin and career
Stephan Sigg was born in Switzerland in 1966 and spent his childhood and school days in the Aarau region. After finishing school, he completed an apprenticeship in carpentry and worked in the wood industry. Later, he joined an architectual firm. In 1988, he began his theological studies at the Bogenhofen seminary in Austria from where he moved to the theological seminary Marienhöhe near Darmstadt, Germany, for one year. He completed his studies with a Master's degree at Newbold College, Bracknell / England. In 1994, Sigg entered the pastoral profession as a pastoral assistant in Basel which belongs to the German-Swiss Conference (DSV) of the Seventh-day Adventist Church. From 1997 to 2007, he headed the DSV youth department. In 2007, he was appointed professor for practical theology at the Adventist Theological Seminary in Friedensau, Germany, where he taught the Bachelor's and Master's degree courses. He continued his post-graduate studies at Andrews University, Berrien Springs, Michigan, where he completed a doctorate in Ministry (D.Min.) in 2013. Since 2010, Stephan Sigg has been head of the youth department for the Western- and Southern-European Adventist Church organisation. 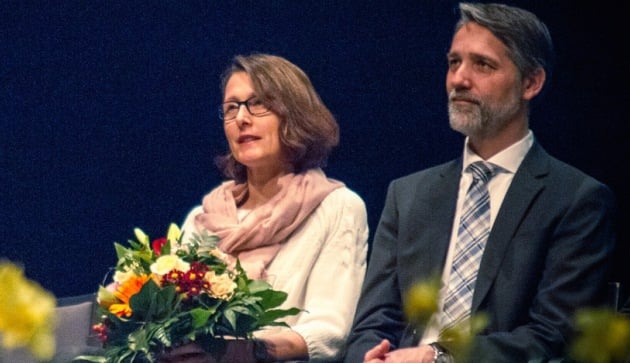 This report published by the Adventist Press Service in Basel, Switzerland.