The Place of the Church Within the State 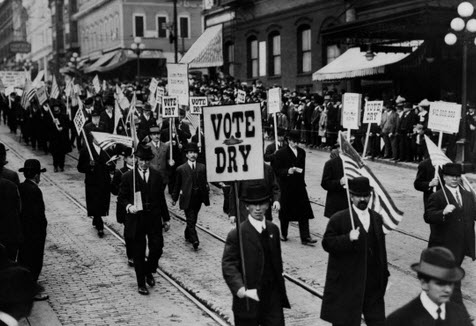 The First Amendment of the United States guarantees that the government shall not establish a religion. Nor would it interfere with the free exercise of religion. There is a nice bright line between church and state that we who are believers appreciate and respect. That is why we do not ever talk about things that are political. And considering how Adventism was founded in America, it is no wonder that our church has historically avoided involvement in politics. So, in keeping with the law and our tradition, our church should refrain from discussions regarding anything remotely related to politics.

Separation of church and state does not mean we cannot discuss things in churches if there are political elements to them. No one is endangering his tax-exempt status by having discussions about political issues. That is neither the tradition of the United States nor of the Seventh-day Adventist Church. Those are blanket misconceptions held by many.

The truth is, from the government’s perspective, limitations for churches have never been very clearly defined or enforced. After all, the definition of politics itself is pretty broad: “a: the art or science of government, b: the art or science concerned with guiding or influencing governmental policy.”  To deny religious entities the right to discuss these concepts would essentially hamstring their ability to discuss practical applications of good citizenship, and both rights and conduct of the governed.

The Historical Black Church in America has always been concerned with issues concerning government and civic engagement as has been the Nation of Islam. Both entities were large influences in the Civil Rights movement. Additionally, there has been a long tradition of religious congregations — of diverse ethnic compositions — to recognize politicians and public servants and give them opportunities to address their members. Houses of worship are part and parcel of the communities they belong to. The members are oftentimes constituents of those neighborhoods. For this reason, there is a recognized mutually beneficial relationship when houses of worship are civically engaged. If government did not believe this, there would not be outreach to faith communities. There would not be government advisory boards involving faith leaders. And there surely would not be any National Prayer breakfasts. While the government is not supposed to endorse a state religion, nor hamper the existence of any religion, religion and government do not ignore each other's existence. To do so would actually be detrimental. So this idea that the IRS is ripping away tax-exempt status from churches that preach about social issues is wholly false, both in spirit of the law and practicality.

But what about the Seventh-day Adventist Church? Has it not always been apolitical? No one with even a cursory knowledge of our church history would dare say so. If the very existence of our Religious Liberty Department does not convince you otherwise, let us examine our denominational beginnings. Since our earliest days, we have been involved in then-current social discourses. In 1891, former General Conference President George Butler wrote in the Review: “Were we living under an absolute monarchy, all we could do would be to pray; but in this Republic we have an instrument given with which we can second our prayers, and that is, our ballot” (Advent Review and Sabbath Herald, Feb. 17, 1891). He recognized and promoted civil engagement of believers. But even further, Ellen White not only exhorted people to vote, she also encouraged political activism.

One of the hot button issues of the late 1800s was temperance and alcohol prohibition. Ellen White pushed Adventists to vote specifically in favor of temperance on local ballots. Moreover, she preached and wrote that Adventists should vote against certain office holders whom she felt did not uphold this ideal. Let that sink in: the promotion of this concept was godly. In that light, she boldly preached against those politicians whom she felt fell short in this regard. Addressing the subject in an 1880 Signs of the Times article, she wrote: “Intemperate men should not by vote of the people be placed in positions of trust”. In another instance she urged members to vote for temperance — even if it meant voting on Sabbath: “Shall we vote for prohibition? Yes, to a man, everywhere and perhaps I shall shock some of you if I say, if necessary, vote on the Sabbath day for prohibition if you cannot at any other time.” She went beyond simply saying, “exercise your right to vote for whatever, just as long as you get out to vote!” She advocated for a particular stance she believed to be in line with “virtue.”

Furthermore, she asked members to exercise other means to get this message to broader society: “The advocates of temperance fail to do their whole duty unless they exert their influence by precept and example — by voice and pen and vote — in favor of prohibition and total abstinence. We need not expect that God will work a miracle to bring about this reform, and thus remove the necessity for our exertion. We ourselves must grapple with this giant foe, our motto, No compromise and no cessation of our efforts till the victory is gained” (Review & Herald, October 15, 1914). If that is not an endorsement of sustained civic action, what is?

Ellen White preached on the topic, citing biblical examples demonstrating the application of this principle — not just in the lives of the believer, but for all citizens. And she prodded other ministers to preach this message just as boldly. Speaking specifically on the subject of prohibition, she admonished: “Let ministers of the gospel be faithful in sounding the warnings to the people” (Signs of the Times, February 11, 1886). She even cast some shade on those pastors who didn't strongly preach about it, “I will inquire why some of our ministerial brethren are so far behind in proclaiming the exalted theme of temperance.”

In 1909, the General conference promoted the efforts of all members of varying professions — including ministers — to speak in favor of this political topic, asking that “ministers, teachers, physicians, nurses, and people generally, engage in a vigorous campaign in behalf of total abstinence, by means of lectures, demonstrations, and the distribution of health and temperance literature, and that whenever consistent our people, by voice, pen, and vote, place themselves on record as favorable to its restriction and entire prohibition.” (General Conference Bulletin, May 24, 1909). Through the concerted efforts of various organizations — including Adventism and other denominations — the 18th Amendment was passed in 1919. When it came under threat of repeal in the 1930s, the General Conference went so far as to send a letter to the U.S. president! (Douglas Morgan, Adventism and the American Republic, 2001). The Adventist Temperance Society tirelessly distributed literature persuading others throughout the nation to work against repeal (Spoiler alert: it was repealed in 1933).

The church encouraged members to vote for a certain outcome. They were also prompted to teach and even preach on this stance. It was a political issue, but it was also a moral one. And where that intersection exists our church has not shied away from being vocal about social action.

Somewhere in the mid 20th century, becoming further removed from our pioneers after their passing, we also became further removed from our roots. We forgot our energetic history as a civically engaged church (a lot of stagnation happened during those years, including the erosion of women's equality within church leadership). Perhaps there was uncertainty regarding what direction to travel, so we stood still. But, as the wider society progressed, being stationary became more like regression relative to our surroundings. And the sad thing is, in the 21st century, people have so lost sight of our beginnings that we have bought into the idea that we have always distanced ourselves from politics. Nothing could be further from the truth!

Many ultra-conservative Adventists proclaim the need to go back to our Adventist roots. I could not agree more. “And let all remember that our happiness in two worlds depends upon the right improvement of one.” (Ellen White: Review & Herald, February 11, 1886).