The Unity of Music

The Unity of Music 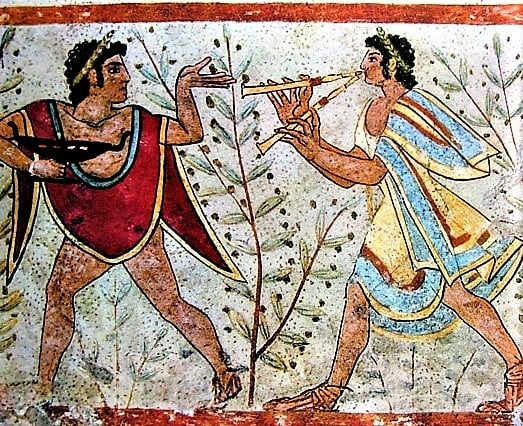 I had been warned.  Her husband was the church organist, so she naturally sympathized with his views on what was appropriate church music.  I was a relatively new pastor, and one day she handed me a cartoon she had clipped out of a magazine.  It depicted a white-robed saint amidst fluffy clouds, but this saint, newly arrived in heaven, looked baffled and confused because he did not know where to plug in his synthesizer.  And that was just the point—there would not be any synthesizers in heaven.  Reflecting on the source of the cartoon, I darkly wondered where one would plug in an organ in heaven.  That cartoon epitomized the ongoing conflict over music I experienced in that particular church community.  Someone had said that “music is the War Department of the church,” and based on my short experience with ongoing controversy over church music, I believed it.  But why couldn’t music be the Peace Department of the church?  Instead of driving people apart, why couldn’t music bring people together in unity?

In Matt 5:9 Jesus said, “Blessed are the peacemakers, for they shall be called sons of God” (NASB).  Jesus is the great Peacemaker, who, through his death on the cross, reconciled all—both Jews and Gentiles—to God and made both groups one in the Spirit (Eph 2:11-22).  Ephesians further admonishes us to “maintain the unity of the Spirit in the bond of peace” (Eph 4:3, NRSV).  As the Spirit of Jesus lives within and leads us, we, as sons and daughters of God, are earthly extensions of Jesus’ peacemaking ministry (Rom 8:11-15).  In the cultic terms of temple theology, we have been given the “covenant of peace,” originally given to the Israelite priesthood (Num 25:11-12; Mal 2:4-5) but now to the new priesthood, disciples of Jesus Christ (Rev 1:6; 5:10; 20:6).  Our peacemaking ministry entails reconciling people to God, bringing them back to oneness and unity with him (2 Cor 5:17-21).  And one of the ways in which this spiritual unification with God can take place is through music.

When I was an undergraduate student, I remember taking a course on the prophets of Israel.  The topic of the prophets was taught over a period of three quarters, with one “major” prophet taught each quarter, and the rest of the “minor” prophets divided up among all three quarters.  I took the course only during Winter Quarter, and Jeremiah was the main prophet we studied.  One of the other prophets we studied along with Jeremiah was Zephaniah.  I knew little of Zephaniah and his message before I took the course, but I remember my professor introducing it as “hotter than hell,” since fiery judgments crackled throughout his series of oracles (cf. Zeph 1:18; 2:9; 3:8), and utter devastation permeated much of the rest of the text (e.g., 1:2-6, 14-17; 2:4-6, 8-15; 3:6-8).

But there was that one, particularly amazing verse that stunned the reader after such a lengthy inferno of destruction:  “The LORD, your God, is in your midst, a warrior who gives victory; he will rejoice over you with gladness, he will renew you in his love; he will exult over you with loud singing” (Zeph 3:17 [NRSV]).  I remembered that our professor told us that this verse was the only place where the Bible describes God as singing.[1]

It is an understatement to say that music was a core element in the biblical worship of God.[2]  The massive collection of psalms in our Old Testament, for example, reflects the centrality of music in Israel’s worship experience.  Furthermore, 1 and 2 Chronicles pay particular attention to music in relation to the sanctuary and its cultic rituals, and a few examples will suffice to illustrate this interest.  First, lengthy details about the temple musicians (e.g., 1 Chron 15:16—16:38) are striking when compared to the parallel accounts in 1 and 2 Kings.  Second, it is intriguing to note that at King Solomon’s dedication of the temple, priestly and Levitical temple singers and instrumentalists performed “in unison,” “with one voice,” and the phenomenal, powerful result was that the glory of YHWH came and filled the temple (2 Chron 5:11-14).[3]  Such music sung and performed in unison apparently invoked YHWH’s presence in the temple.[4]  Finally, after King Hezekiah later cleansed the temple after its defilement under his father Ahaz, singing and instrumental music accompanied the burnt offerings, from beginning to end (2 Chron 29:27-28).

The charismatic, spiritual experience of significant Israelites was also closely associated with music.  Saul began to prophesy when he met another group of prophets prophesying while instrumental music was being played (1 Sam 10:5-11).  Elisha called for a musician to start playing, and while the musician played, he received a message from God (2 Kgs 3:11-15).  Asaph, Heman, and Jeduthan, and their sons prophesied while playing musical instruments (1 Chron 25:1-6; cf. 2 Chron 20:13-17).  These examples illustrate the relationship of music to the spiritual gift of prophecy.

Such worship and praise in music continued with the early Christians.  Jesus and his disciples sang a hymn before they left their supper and went to Gethsemane (Matt 26:30).  Paul and Silas were praying and singing hymns in jail when there was an earthquake (Acts 16:25).  In a chapter dealing with the use and abuse of the spiritual gift of tongues, Paul notes that the singing of psalms was one of the gifted elements used in worship to build up the Christian community (1 Cor 14:26).  As Christians sang psalms, hymns, and spiritual songs with thanksgiving in their hearts, the word of Christ would dwell in the church community (Col 3:16).  Instead of getting drunk with wine, Christians were to be filled with the Spirit, which was evidenced through the singing of psalms and hymns as they melodiously sang to the Lord with all their hearts (Eph 5:18-19).  Such musical worship expressions were evidence of the Spirit’s infilling and unifying presence.[5]

With such a background, one cannot deny that the music of and in worship was understood to be inspired by the Spirit.  It is the Spirit that fills God’s people with the gift of music and song.  And it is this musical expression in worship that can bring God’s people into unity not only among themselves but also with the choirs of heaven and with the God who himself sings over his people.

[3]Note that the parallel in 1 Kgs 8:10 does not mention anything about music, singers, or instrumentalists.

[7]Notice the earlier interplay between the 144,000 and the great multitude in Rev 7.