Chico, Evangelical Christians, and the So-called "Sin" of Homosexuality

Chico, Evangelical Christians, and the So-called "Sin" of Homosexuality 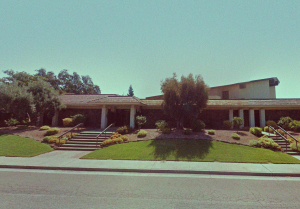 I see a troubling trend in the Evangelical Christian community that I would like to address. What much of Evangelical Christianity focuses on and what members are willing to overlook does not seem in any way reflective of the character of Christ. Evangelicals seem to focus on two offenses to the exclusion of anything else: participation in an abortion or committing homosexual acts. The message seems to be that if any segment of society involves itself in either of these activities, God’s punishment will be exacted on all of society as a result. Condoning is tantamount to participation. Evangelicals act terrified of the possibility of a vengeful God’s punishment through collateral damage. They do not seem genuinely concerned about the “sin” or the “sinner” but rather the effect that it might bring upon them.

Take televangelist Pat Robertson who has pointed to several natural disasters as having been caused by miscreants’ “evil deeds.” Most notably, Robertson has called out the “wickedness” of New Orleans which, he was quick to assert, brought God’s judgment in the form of Hurricane Katrina. The late Reverend Jerry Falwell also connected natural disasters with abortion and the LGBT community. Simply allowing the existence of these activities is said to be enough to bring about the consequence of a “wrathful” God.

While there are reasonable points to be made about reproductive rights, for the purpose of this piece, I wish to concentrate on the LGBT community.

My interest was first stimulated by the much-discussed story a lesbian couple, one of whom was recently baptized in an Adventist church in Chico, California. Same-sex marriage has been a peripheral issue for those who live in this community, but over the past few years, it has come to the fore.

Just because I am not a part of the LGBT community does not absolve me of the responsibility of helping to make their lives less difficult—at minimum, adding my voice to help in their struggles. I was so glad to see those in the Chico Adventist Church adding their voices, not necessarily in support of homosexuality, but in support of humanity, dignity, and love for fellow humans. At Pentecost, the disciples were taken aback when Gentiles (considered sinful) also received the Holy Spirit. Just as then, God must also be trying to reach the LGBT community now. Why else would people be eager to be baptized into God’s family? I think that when God brings someone through the doors of our churches, the message is,”This is my child, too.”

I find it almost laughable when people say same-sex marriage has denigrated their heterosexual marriage. How? I have been in a heterosexual marriage for almost 50 years, and I have honestly tried to understand how my marriage has been negatively impacted by two men or two women making a commitment to each other and receiving a piece of paper acknowledging that commitment. Marriage is not defined by a sexual act; it is a commitment signifying faithfulness to another individual, be they the same or the opposite sex.

The sacrality of marriage is a religious additive. Marriages have been performed by secular magistrates, judges, justices of the peace, ship captains, for thousands of years, none of which necessarily have any religious affiliation. Are two atheists not entitled to marry in this country? The only thing that confines marriage to being between two people of the opposite sex is a religious belief. This is precisely why the courts had no choice but to come down on the side of legally affording marriage to same-sex couples. To do anything else would make the government complicit in incorporating religious values into a secular government.

Even Evangelicals have to admit there is no way to make homosexuality go away. There have been attempts through aversion therapies to try and "convert" the homosexual into a heterosexual being. But these attempts have been almost universally denounced as both ineffective and downright harmful. Even the Catholic priesthood has not been effective in this area, and priests are in a position to control their environment much better than secular society ever could.

Evangelicals have concentrated on pushing the LGBT community back into the closet. Evangelicals have even acknowledged that this is their goal. They say that all of the attention that is being paid to LGBT rights is causing "our young people to be more receptive to becoming part of that community.” They have never been able to substantiate this in any way, but they persist in promoting this notion. What interests me is, if God is truly angry about the sexual activities of the LGBT community, how does moving them back into the closet satisfy an angry God? What about that collateral damage? Or, were their original fears, only that a public display of same sex activity, is what will bring on God's wrath? Can’t God still see what goes on in secret? So, how do you appease this angry God? What seems more important to me is the question of what kind of God does that make God?  I think that God's character has been tarnished enough by our hateful attempts to make Him into anything but the loving and merciful God that He is.

If it is proven that the LBGT person is born into this orientation rather than choosing it, how then would you feel about your continued persecution of this group? How could you reconcile a God that has either created, or allowed the creation, of a being with not just the propensity, but one of man's most intense forces, their sex-drive, (the very term “drive” connotes a very powerful force) which then would supposedly causes this same God to look upon them as an abomination? Couldn’t this fall into a category similar to a sort of predestination?

It has never been established what causes an individual to have an attachment to another individual of the same sex nor has it been determined when this process takes place. We do not even have absolute knowledge whether this attraction is caused genetically or societally. If you speak with a homosexual person, they will tell you that they have been this way from the time they were old enough to remember. They will tell you they were "born this way.” Attempts to find a genetic explanation to this have been less than conclusive.  Although there are some signs of a genetic difference between heterosexual and homosexual genes, proof has been less than conclusive. On the other hand, all scientific studies within these populations by sociologists and psychologists and the mental health community as a whole have shown an almost universally conclusive understanding that homosexual attraction is an inherited or "born with" trait. In recent years, the DSM, the bible of mental health disorders, has been modified by removing homosexuality as an abnormality and treating it simply as a human condition.

What is most troubling is that it is not enough for Evangelical Christians to preach from their pulpits about the "evils" of the behavior of the gay community. In recent years they have set out to use the secular institutions of government to try and force those who disagree with their religious beliefs to bring them into compliance. There is an irony in this process because these same Evangelical Christians have an almost universal condemnation of these same governmental institutions for being corrupt, ineffective, and irrelevant agencies.

Safe to say, there has never been any love lost between the "Religious Right" and the government, that is except when it suits their purpose in bringing about containment of those they wish to condemn. These same players became the "Moral Majority" and Mr. Dobson's "Focus on the Family,” which spawned other organizations too numerous to mention. Their "majority" was very doubtful, their morality questionable, but they persisted in systematically grabbing power at every turn. Dobson, himself has been known for bragging about how many in Congress he could control. He, in turn, provided voting blocs at election time.

Where does God fit into all of this? It is an essential question to ask in light of the suffering and outright persecution that the LGBT community has endured. The number of suicides within this community reveals the cost of "religiously shaming” these members of our society. Studies have shown that each episode of LGBT victimization increases the likelihood of self-harming behavior by 2.5 times. While LGBT individuals make up roughly 5% of the youth population, it is estimated they make up 40% of the homeless.  This is due in large part to the parents of these youth being intolerant of their children's orientation. The overall suicide rate for the LGBT community is 14 times greater than that of the population as a whole. Can you honestly say that any of these lost lives were not God's children? How many more young men do we have to watch tied to a fence in the bitter Wyoming cold and snow before we say enough? Is it a fair question to ask if one “sin” is more egregious than another in the sight of God? And is it also fair to ask if we, by our silence, hold any responsibility for their suffering and deaths?

Lynden Williams is a 71-year-old retired broadcast engineer who lives in Tehachapi, California.  He has been a Sabbath School teacher for more than 25 years—currently as one of the adult Sabbath School leaders at the Lancaster California Seventh-day Adventist Church.