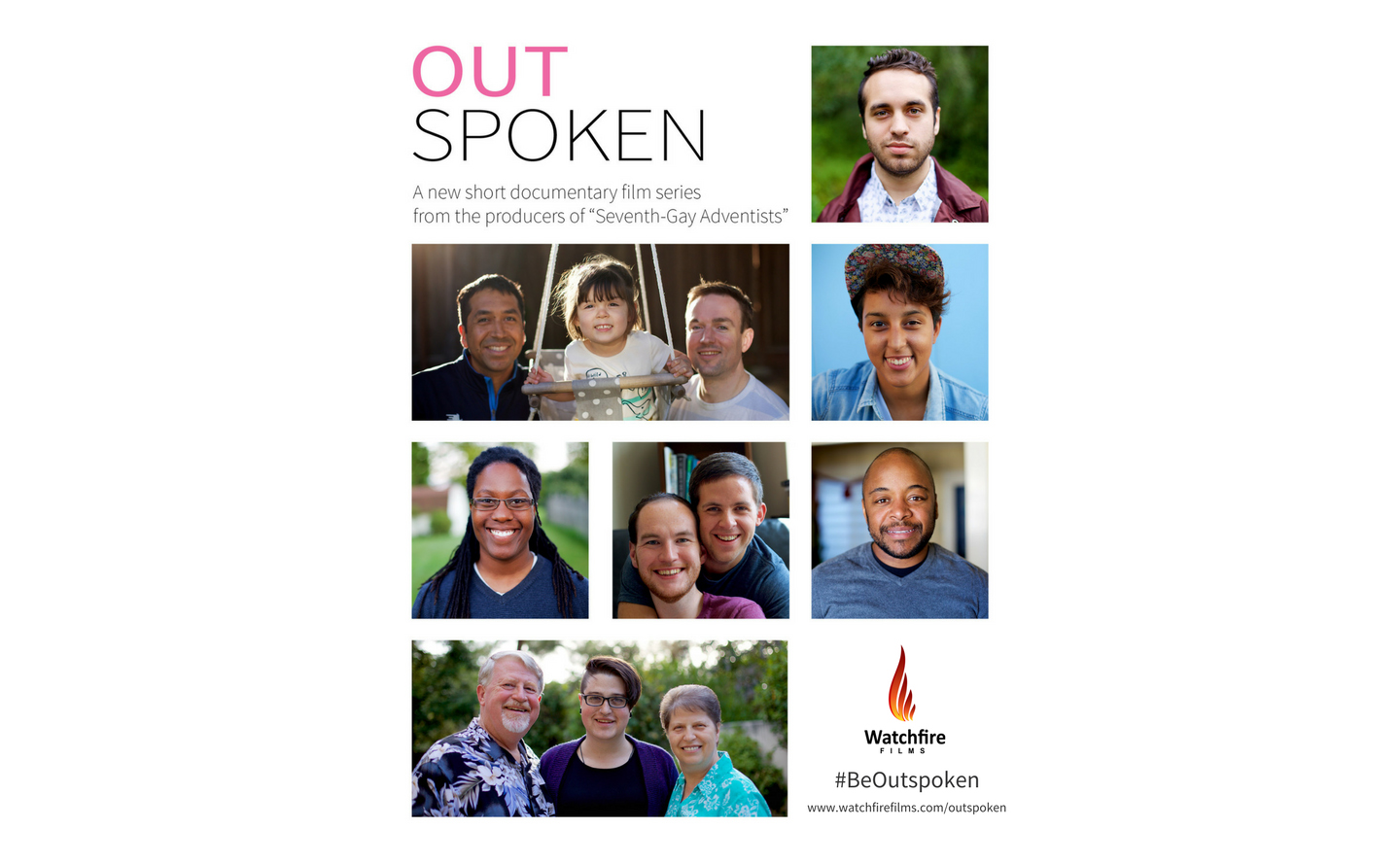 Daneen Akers and Stephen Eyer today released the first installment of a new ten-part series of short documentaries called “Outspoken” that features stories of LGBT+ Adventists. This is the third major project for the husband-and-wife team dealing with the intersection of sexuality, gender and the Adventist faith.

Their first film, the feature-length documentary “Seventh-Gay Adventists” (Watchfire Films, 2012) followed the lives and spiritual journeys of three Seventh-day Adventists in same-sex relationships as they struggled with tensions between the distinct cultural markers of their faith community and their identities as lesbian or gay individuals. After screening at film festivals and in and around Adventist communities, the film was released on DVD and Blu-ray, followed by a wider online release.

Akers and Eyer followed “Seventh-Gay Adventists” in 2014 with “Enough Room at the Table,” a film intended to model for the Adventist Church a process the filmmakers called “the sacred act of listening.” “Enough Room” brought together a diverse group of Adventist pastors, thought leaders and congregants—some LGBT+, some not—to talk with one another over the course of a weekend retreat. The film that documented those conversations provided a framework for congregations that might have had preliminary talks about homosexuality and sexual identities, but that might have lacked resources for moving the conversations forward.

I spoke with Daneen Akers about this new project—how it came to be and what links it to and separates it from past projects.

“This new series is a shift for us,” Akers told me. “We’ve journeyed from thinking that we as allies are doing something helpful to realizing that we are the ones who are deeply blessed by getting to witness and share the stories of our LGBT friends.”

The “Outspoken” series of short films will be released exclusively online on the first Friday evening of each month, starting today.

The short-film format lends itself to online sharing, and Akers and Eyer hope the films will spread via social media to again foster listening.

“For this new series, we wanted to highlight stories of people who are giving back, showing up, and creating,” Akers said. That engagement with the Adventist Church was a criterion for selecting the subjects of the “Outspoken” series.

Akers and Eyer wanted to make sure the series included gay, lesbian, bisexual, and transgender people as well as some parents. “We’ve really felt convicted about how isolating and lonely it is for Adventist parents of LGBT children with so much misinformation and judgement,” Akers said. “Some parents have said that when their children come out of the closet, they go in a closet.”

Yeshara Acosta, a self-identified “homeschooled, vegetarian pastor’s kid,” is featured in the short released today. It was her story that provided the impetus for this film series.

“The first time we met her, we were struck with her incredibly vibrant presence, her huge heart for God and people, and her beautiful voice and songwriting talent,” Akers said. “We have two daughters, and we both mentioned that if our daughters grew up to have just half of her heart and vibrancy, we’d feel incredibly proud as parents.”

“We’ve been around this conversation and community at the intersection of faith, gender, and sexuality long enough to realize that a lot of Adventist parents can’t see their queer children with those eyes of love and gratitude because of what their theological views have taught them about being LGBT,” Akers said.

“A lot of good can come from sharing stories like those from these beautiful souls in the new 'Outspoken' series. And it’s an honor to be sharing these stories that give us so much hope.”