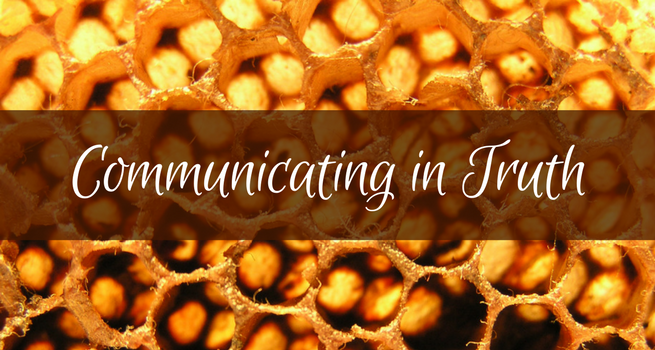 The heart of the wise teaches his mouth,
And adds learning to his lips.

Pleasant words are like a honeycomb,
Sweetness to the soul and health to the bones. Proverbs 16:23-24

An ungodly man digs up evil,
And it is on his lips like a burning fire.

A perverse man sows strife,
And a whisperer separates the best of friends. Proverbs 16:27-28

Earlier this year I was reading the book of Esther and focused on all the “little” people — those who make the wheels of government and society move. For the most part, these individuals had internal integrity, doing their jobs honestly and reliably: the seven servants sent to bring Vashti to the banquet; the seven counselors who advised the king about Vashti; Hegai, custodian of the virgins, who gave seven attending maids to Esther; Shaashgaz, the keeper of the concubines; all the people who prepared the banquet for Esther’s coronation; all the king’s servants at the gate who advised Mordecai; the friends and wife of Haman, who gave him bad advice; and Hathach, an eunuch appointed by the king for Esther’s personal messages.

There are others, but I was struck by Hathach who obviously was able to keep private communication between Esther and Mordecai from becoming public. Romans 1:29-32, lists gross sins that are practiced by the unrighteous. Right in the middle of the list are deceit, evil-mindedness, whisperers, backbiters, boasters, and inventors of evil things. Obviously, there will be no gossips in heaven, for this was how Lucifer was able to divide and deceive the angels to begin with! Maybe through Esther’s and Mordecai’s godly example, Hathach will be in heaven. But as an example of corrupt communication being repaired in the future, if David, Uriah, Bathsheba, and Solomon all arrive in heaven, they will be able to demonstrate characteristics of gracious reconciliation and become good friends again for eternity!

As we interact with each other day by day, may we only communicate truth and the information necessary to further the work of God on this earth.

Dennis Hollingsead works in the Office of Development at Andrews University. This devotional was previously published in the Pioneer Memorial Church Bulletin on November 24, 2012. It has been reprinted here with permission from the author.