What Some Do not Understand About Spectrum and Adventist Today 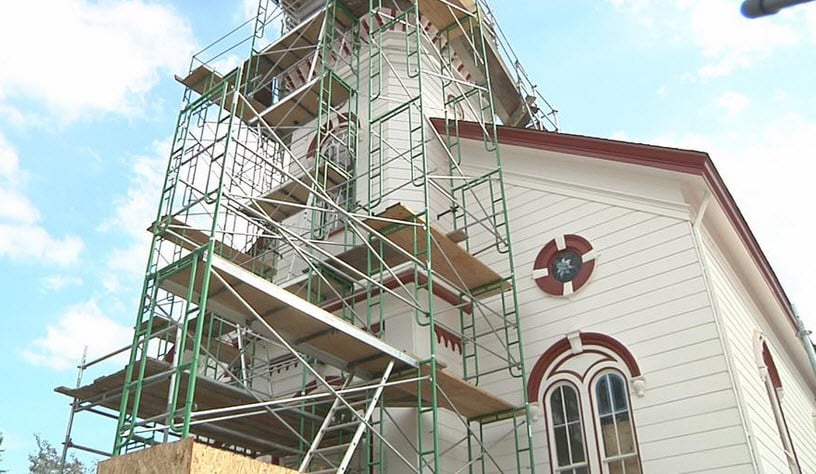 I had my first article published in an Adventist magazine when I was still in college. It was not very good, but I will always be grateful to the editor of Insight magazine for accepting it. It did not unleash a flood of writing for me right away—that took many years and a few more kind editors—but it immediately struck me as way of communicating that I found peculiarly compatible with my personality. Someone has said that people become writers because they want to change the world without leaving the house, and there is a certain truth to that. We who write like the slowness of it, saying precisely what we intended to say, in precisely the right words, and then releasing it to the world from a bit of distance.

After some years of writing for most of our mainline magazines (and at one point getting something I wrote as far as The Reader’s Digest via Signs of the Times magazine—thank you, Greg Brothers) I submitted an article to Spectrum. I was both afraid and excited. That first piece I published under a pseudonym, a decision that I regret now, though I thought it necessary at the time. For many people, age means becoming increasingly set in their ways, increasingly certain. Others—I am in this category—find that age sets loose their corralled questions. I am ever so grateful to Spectrum for letting me raise the questions that I had in my heart, that I knew others were asking, too.

More important, as a pastor, I liked the idea of making a contribution to shaping the Seventh-day Adventist church of the future, including responses to difficulties that were not being addressed very well by anyone in the mainstream church. We have at core a good message and marvelous people, but we are a mass of repressions and contradictions and inflexibilities such that we hardly know what to do in a rapidly changing world.

I began writing a monthly piece on the Spectrum website and continued that for about eight years until 2016 when I became editor of the Adventist Today magazine. This will be my last regular column here.

The process of supporting our beliefs with better and stronger arguments is called apologetics, and it is important. (By the way, the use of this word root is very different from its use when telling someone you are sorry. Apology is admitting you were wrong while apologetics is insisting you were right all along, even if on fairly thin evidence.) All of us rely upon apologetic arguments. When I preach to my churches, I argue, in virtually every sermon, that Jesus’ exemplary life, atoning death, and triumphant resurrection give us continuous hope. I write articles for the Signs of the Times in which I make familiar (though I hope refreshing and creative) arguments in favor of our doctrines.

What some do not understand about publications like these (by which I mean both Adventist Today and Spectrum—you may prefer one to the other, but we’re all friends and doing similar work) is that our business is not confined to apologetics. Apologetics is ably attended to by the Review, Signs of the Times, and the Sabbath School Quarterly. Here, however, we are addressing what they cannot or will not: opening windows and doors, holding both leaders and doctrines to account for the deeper truths of the gospel, defending people who the church has sometimes spurned, guarding against cunningly-devised fables, trying to prevent the gospel from being sucked into and diluted by the quite-different purposes of organized religion.

Because Seventh-day Adventists have had nothing but 150 years of apologetics, writing that questions old positions seems dangerous, destabilizing. It frightens many, and I understand that. One of our faults is that we have not always been as sensitive as we should have. Here, I make an honest and heartfelt confession. There is stuff that you will read here (I have often been guilty) that takes on a bitter tone. I can make the excuse that this is the culmination of a generation of us who felt deceived, ill-used, who grew up on certainties that turned out to be not at all certain, on threats and fears that made the blessed hope into a carnival freak show of beasts and popes and persecution, and salvation in Christ into a discouraging perfectionism, that exalted Ellen White above Jesus and the church bureaucracy over local congregations.

Still, even with that we might have been more sensitive. We might have tried harder to shape our faith in solid, defensible, meaningful ways, taking advantage of our past and our history while building toward a marvelous future. Too often, in our disappointment with and anger at the church, we did our therapy in print.

There are a set of young Seventh-day Adventist leaders who, if we can keep them from getting discouraged, might be able to build what we could not. I am thinking of folks like Ty Gibson and others in Lightbearers, and some of the young women in ministry I know  like Alicia Johnston, Tara VinCross, and Jenniffer Ogden. Though I do not always agree with them, I also know that they have not had the same experience of the church as we have. I have seen evidence that their ministries are rooted deep in the heart of the gospel of grace. God bless them and forgive us if we discouraged them.

I’ve taken a lot of heat as a pastor for writing for these publications and their associated websites. Besides the dear old chestnut that  my colleagues and I in this enterprise are Jesuit agents (a transparently false accusation: had we been real Jesuits, we would have been subtle enough to avoid detection), lately we have been hearing Ezekiel 7, 8, and 9 coming up a lot, (a passage featuring judgement on idolaters and the goddess Tammuz) how they are being fulfilled by every word we write. Apparently, many people do not think that Seventh-day Adventists should raise questions or express doubts or disagree with the General Conference president.

What they do not realize is that the leaders of our church know all of these same questions and, often, have the same doubts. But they cannot say them. A journalist in Silver Spring told me, “I write for the interests of the people in this building. That’s my job.” He thanked me for the alternative Adventist press. “A great many things would remain undiscussed if it weren’t for Spectrum and Adventist Today.”

For a fascinating look behind the scenes, read T. Joe Willey’s excellent article about Walter Rea. Note that nothing that Walter Rea raised about Ellen White’s plagiarism surprised church leaders: as far back as a hundred years ago, they knew about it and hoped no one found out. Rea was fired not because he discovered something new but for telling the rest of the church what insiders knew, what was a matter of record.

There is so much that is not said but that everyone knows. I am not accusing anyone of hypocrisy, though religion is by its very nature a hypocritical business. Like hospital-acquired infections, hypocrisy is not the point of what we do, but it is inevitable. I am just saying that religious organizations, though they start with ideals, quickly get caught up in their own survival. They no longer self-examine. They want to reassure, not stir up. When conflicts appear, they prefer to silence them and hope that no one points out that the emperor is, if not naked, at least rather shabbily attired. Who watches the watchmen? (A phrase, by the way, that comes not from a graphic novel but from the poet Juvenal, nearly two millennia ago: “Quis custodiet ipsos custodes?”) When self-interest in involved, none of us want to be watched too closely.

If the early Adventists had not asked any questions, we would not be Seventh-day Adventists today. William Miller wondered what the prophecies of Daniel 8 and 9 meant. Ellen and James White asked why the churches around them did not take the second coming of Jesus seriously. Joseph Bates asked why so few were honoring the Saturday Sabbath. For a while, we were at the leading edge of questioning and challenging.

Once we got an organization and a name, we seem to have begun to do nothing but apologetics. And we were not alone. It is the fate of truth-seeking organizations that having invested in an identity, the ability to seek truth fades. Where they were once on the offense for truth, they become strikingly defensive. Questions represent challenge and change, and though we would all say we want to follow the truth where it leads us, in the real world we are afraid of what we might lose.

Interestingly, even those who applaud the Reformation are now reluctant to see anyone question their authority as though this was a one-time process that need never be repeated.

Of course, no one likes to be challenged. I have a member of my midweek Bible study group who seems to question everything I say. It is a bit annoying. But why shouldn’t he? And why shouldn’t I have to wrestle with those questions? And why shouldn’t congregations and pastors and church leaders and all of us be held to account? This is, I hope, what the alternative Adventist press does well.

I am standing here for two ideas. First, that you can be less than certain and still be a person of faith. I like this passage from John Spong: “When you look at the history of the church, the times when we were certain were also the times when we persecuted people, that’s when we burned people at the stake, that’s when we had religious wars. I think certainty is a vice in religion, one of the things we ought to rid ourselves of, so I would constantly want to hold this wrestling, this uncomfortable ‘I don’t have it together,’ ‘we’re struggling in this together’ as the proper image of the Christian faith. We walk into the mystery of God; we never arrive, and if we think we arrive, we become idolaters.”

The second, closely related, is that you can be a questioner and still love your church. I hope that someday our leaders realize that the church is better for questioners even if it does not always like them.