Job and the Wild Duck

Job and the Wild Duck 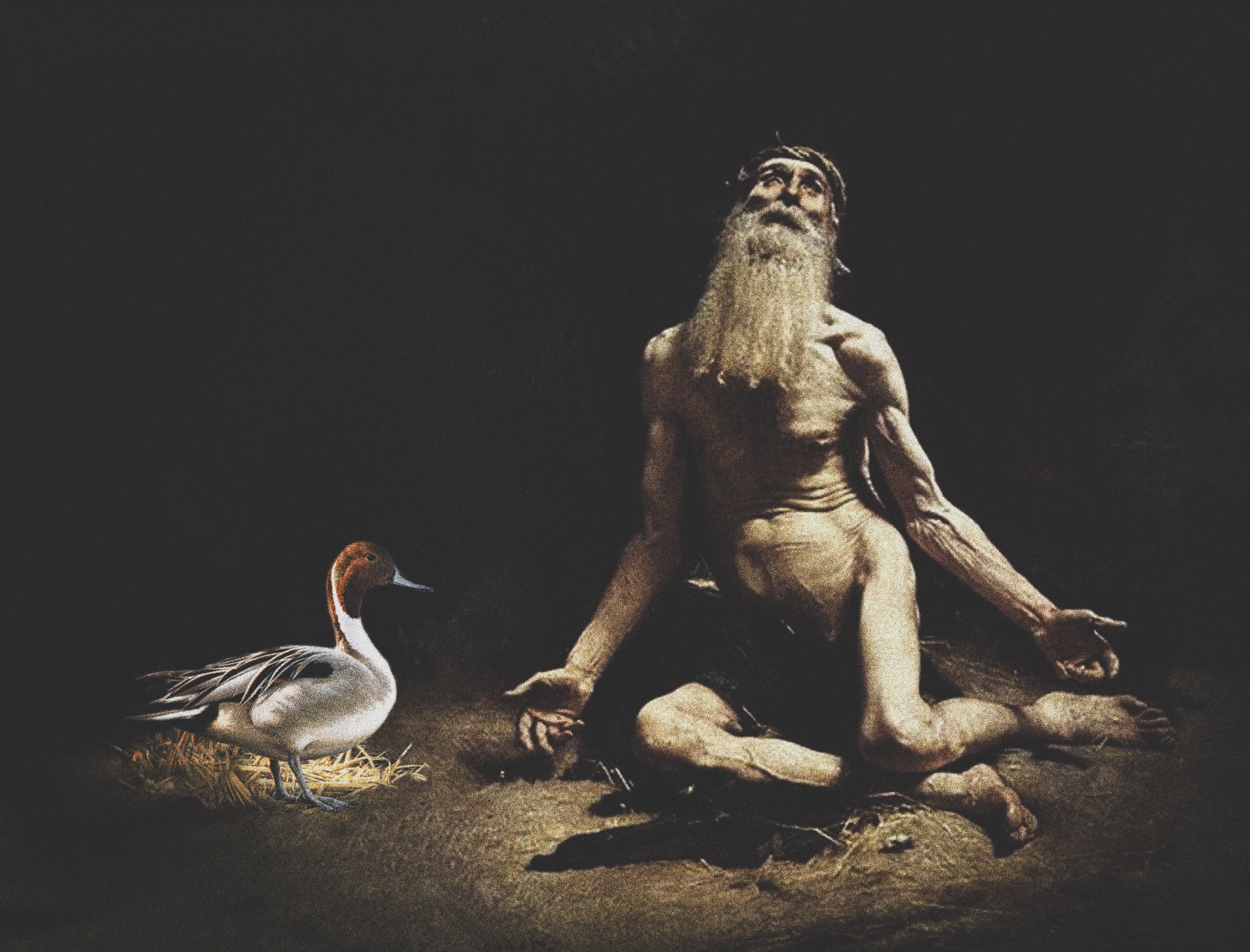 The lesson studies on Job are over, and there’s a new quarter beginning, but some scenes from Job just keep echoing in my head. Reading the endless discussions between Job and his friends is a little like reading a play. A very wordy dark comedy, perhaps.

Job: I am so miserable, I wish I could die.
Eliphaz: Job, you must have sinned. You should confess.
Bildad: God is fair and just—he blesses the righteous and punishes the wicked.
Zophar: If you repent, God will bless you again.
Job: But I haven’t done anything wrong—why is God hounding me this way?

That’s the abridged version.1 Of course, the joke is that most of the advice Job’s friends give is in fact true—or at least, it is certainly what we would call “biblical.” All through the books of Moses, the major and minor prophets, and all through the Old Testament, the words of Job’s friends echo and re-echo: God blesses the good and curses the bad. If you repent your sins, God will relent, forgive, and bless again. I can picture old Bildad whipping out his Bible, turning to 2 Chronicles 7:14 (or Isaiah 55:6 and 7, or Proverbs 28:13—how many examples do you want?) and saying, “Come on, Job—is the Bible God’s Word, or is it not? Does God mean what He says, or does He not?”2 If Job were adapted as an opera, I could imagine Job’s friends punctuating their long, didactic arias with a harmonious leitmotif of “Trust and Obey.”

And I cannot help feeling a bit of sympathy for the four friends when God turns to them in the last chapter and says, “I am angry with you . . . because you have not spoken of me what is right, as my servant Job has” (Job 42:7). Huh? I can hear them protesting: “But God, we got it right from Moses, and Isaiah, and . . . so, God, let me get this straight—were you just kidding when you said all that stuff about punishing the wicked and needing to repent?”

I will come back to Job & Company, but let me digress. I study late nineteenth-century drama, especially plays by Norwegian dramatist Henrik Ibsen. Talk about wordy plays—many of his scenes have little or no action, and consist mostly of characters sitting around like Job and his friends, having conversations (written in an era when shouting, swooning, fighting, and explosions were the usual order of stage business). First-time viewers in the 1890s complained that his plays were “dull, undramatic, verbose, tedious, and utterly uninteresting.”3

My mind has been going back to Ibsen often amid the Sabbath School lessons of the past few months. Ibsen was an iconoclast. His plays challenged the values that most of his contemporaries revered—masculine strength, feminine submission, marital affection, respectability, democracy. Not that Ibsen thought these values were always bad, but he argued that his society tended to treat these standards as idols. By insisting that these standards must be upheld for all people in all circumstances, people covered up their weaknesses and shameful secrets rather than seeking to correct them—whitewashing the tombs, as Jesus would say.

Again and again, Ibsen’s plays show characters attempting to conform to society’s standards, appearing righteous and upstanding, but in fact caught in a desperate attempt to keep up appearances. The antidotes for this, the plays imply, are “truth and freedom”—people need not only to acknowledge when they fall short of the standard but also to recognize when the standards themselves are flawed—or at least, when they are understood or applied in flawed ways. The Pillars of Society shows a man who for years has kept his reputation as a model citizen by allowing another man to be blamed for his philanderings and shady business dealings. In A Doll’s House, a seemingly happy married couple realizes that they neither understand nor respect one another, and the wife shocks her husband (and the audience) by leaving him. In Ghosts, a wife does the opposite: she stays with her drunken, unfaithful, and syphilitic husband to keep up a virtuous married façade, and her reward is to have a son who inherits his father’s disease and to watch in horror as that disease gradually destroys his body and brain. The Enemy of the People depicts the people of a spa town who discover that the springs and public baths that undergird the town’s tourist industry are contaminated with industrial waste; nearly all agree to keep the pollution a secret to protect the local economy, and the one dissenter who calls for the necessary but costly repairs is branded an anti-democrat, an “enemy of the people.” Again and again, Ibsen presents honesty, independence, and willingness to challenge social convention as costly, dangerous, and desperately needed correctives to hypocrisy. This idea, to some viewers, seemed simply an across-the-board rejection of marriage, family, gender norms, and religion, a promotion of free love and anarchy. Some viewers attacked his plays as immoral while others (the Ibsenites, as their opponents mockingly branded them) applauded and embraced him as a realist, a lone truth-teller in a hypocritical world.

But in The Wild Duck, his next play after The Enemy of the People, Ibsen bewildered his admirers and detractors alike by apparently turning his attack against his own idea of “truth and freedom.” The play depicts Gregers Werle, a man who declares himself devoted to truth at all costs, promising to drain society’s swamp of lies and pretense. He discovers that the wife of his friend Hjalmar Ekdal has long ago had an affair with his (Gregers’s) father, and that Hedvig, the Ekdals’ child, is in fact the illegitimate daughter of old Mr. Werle. He thinks he is doing Hjalmar a favor by announcing these facts and forcing the family to “face the truth,” but he is amazed to find that no one thanks him. The wife berates Gregers for telling on her, the husband melodramatically threatens to kill the man who has dishonored him, and young Hedvig, helplessly watching her family fall to pieces, finally shoots herself. The tragedy of the little girl’s death is rendered darkly comic by the reaction of Gregers, who continues to wonder at the family’s ingratitude, their failure to appreciate their newfound freedom to “live the truth,” now that he has forcibly exposed their lies. It is as if, after his earlier plays’ celebration of authenticity and attack on respectable hypocrisy, Ibsen thought his admirers needed a caution: “Listen to my lessons, but be careful how you apply them: ‘Living the truth’ is an admirable aspiration, but ‘living the truth’ does not mean blurting out other people’s dark secrets willy-nilly.” For the fanatical Ibsenites, Ibsen created Gregers Werle, the arch-Ibsenite, as a caricature and a warning.

I see the book of Job, similarly, as a warning with a whiff of satire—Job’s friends might be read as caricatures of fundamentalist readers of scripture who, like Gregers, tended to take their creator’s words a little too seriously—or, perhaps, with the wrong kind of seriousness. God, like Ibsen (if I can make the analogy without irreverence), knew that some of His disciples tended to apply His ideas over-zealously, without thinking critically about where those directives might fit the situation and where they might not. Maybe I should say that the author of Job saw this problem, and, under divine inspiration, crafted the narrative in a way that would highlight the laughable tragedy of this well-meaning but blinkered biblical literalism and the needless frustration and harm it causes (he must have some reason for spending thirty-something chapters on this maddening dialogue, after all). We speak of God as Father, God as Shepherd, God as Savior, God as King. Might the book of Job be (among other things) a revelation of another facet of God’s character—a subversive, shrewd, and even playful God, God as Satirist?

Mary Christian holds a Ph.D. in English literature from Indiana University, specializing in drama and Victorian studies. She leads the music ministry and at the Bloomington Seventh-day Adventist church and is an active member of IU's Adventist Christian Fellowship chapter.

NOTES:
1. I’m taking a leaf from the book of Archibald MacLeish, who, in J. B., gives barely three pages to Job’s friends’ admonitions.
2. Yes, I know those passages of the Bible were not available to Job’s friends. But if they were . . .
3. Clement Scott, review of Ghosts, published in The Daily Telegraph, London, 14 March 1891.