Which Ethics? For Which World? Revisiting Philip Roth’s “American Pastoral”

Which Ethics? For Which World? Revisiting Philip Roth’s “American Pastoral” 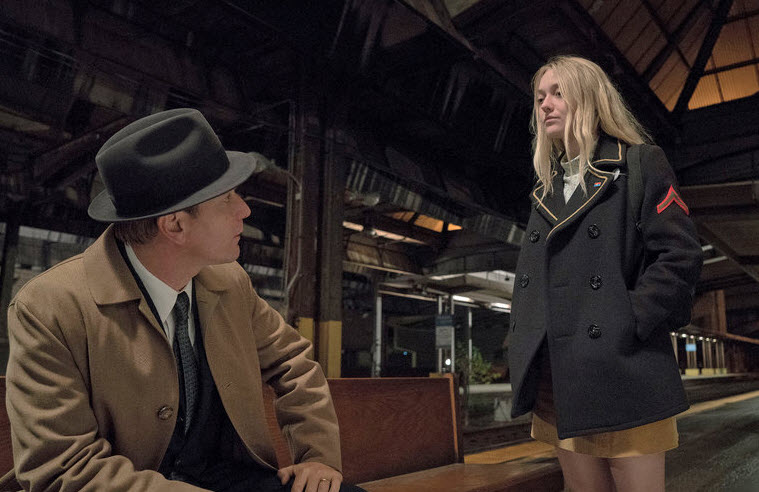 Scottish actor and producer Ewan McGregor released, some weeks before Christmas 2016, a streamlined screen adaptation of Philip Roth’s novel, American Pastoral. The movie encapsulates a complex literary masterpiece that was awarded the 1998 Pulitzer Prize for best fiction. McGregor's revisitation puts us, as does the book itself, in front of an old ethical dilemma: the continuity between actions and effects. Can our well-intended actions always produce immediate, direct, and predictable effects?

The movie narrates the story of Seymour Levov (McGregor), a Jewish high school “golden boy” and star athlete from Newark, New Jersey. The Swede, as he is called, marries Dawn Dwyer (Jennifer Connelly), a gentile goddess and former Miss New Jersey, with whom he lives an idyllic, gentrified, rural life in western New Jersey. As a humane and visionary liberal, he runs his family’s glove factory in Newark where he is proud to provide jobs to a work force that is 80 percent black-–a level he tries to maintain even as the city explodes in the 1967 race riots.

The story is narrated by Nathan Zuckerman (David Strathairn) after he meets the Swede’s boisterous younger brother, Jerry (Rupert Evans), at a 45th high school reunion. There he learns that the Swede, his teenage idol, died of prostate cancer at age 68-–destroyed by the pain of not being able to see his daughter again. Their idyllic family unravels when his brilliant but troubled daughter, Merry (played as a child by Hannah Nordberg, and as a young woman, by Dakota Fanning) forsakes the family to join a radical underground-like terrorist cell. The furious arguments between the Swede and his daughter reproduce the irreconcilable generational strife that can exist within any family. In this case, Fanning’s chilling tone of moral superiority echoes the extreme left-wing rhetoric of that era. She then disappears after helping to organize a 1968 bombing of a nearby general store that leaves one man dead.

Swede searches tirelessly for his missing daughter, in whose innocence he desperately still wants to believe. His wife Dawn suffers a breakdown and finds solace in plastic surgery and in transient romantic escapades. Then, just as the dust has started to settle, Swede is visited by a figure claiming to know of Merry’s whereabouts, a sadistic hippy-like temptress named Rita Cohen (Valorie Curry). Through her, he finally succeeds in finding his daughter, but she is in such a deplorable physical and mental state that he is completely overwhelmed and devastated. No effort, word, or generous gesture can convince her to come home or at least remain in touch. She disappears again for good. After a while, Seymour dies without being able to see his daughter again. He dies in the disarray and discontinuity between the generous actions of a father and their inscrutable effects on his erratic daughter. The dream of a harmonious and coherent family had completely vanished. The American Pastoral was only an illusion.

Based on this narrative,,  it  would be worth reflecting on Adventism's current mission in relation to Ethics  and, in a larger perspective, in relation to current society which confronts us with three pressing questions:

Which Ethics is applicable to our contemporary world? This first question is not an idle one as it may seem to be. There still exists among us, particularly among religious people, a deep misunderstanding concerning the status, nature, and destiny of modern and post-modern Ethics. Contemporary Ethics can be characterized with three traits: secular, rational and anthropocentric.

First, contemporary Ethics is structurally an a-religious Ethics. Starting with the Florentine Renaissance, the Western world developed a radical rebellion against the religious Ethics that had dominated Europe for centuries. These  Ethics had managed to maintain persons and groups in psychological and social subordination and, to a large degree, was the perspective still defended by the Reformation. That is known. What is less evident is that behind this repudiation was hidden both a continuity and a displacement. The continuity was the on-going search for an “ordered reality.” The displacement was that the search for a desired Order was no longer based in the inherited paradigm but as the product of an anthropological activity. In other words, modern Ethics is, from various points of view, a secularized  “Ethics of Order.”

Second, contemporary Ethics configures itself mainly as a rational Ethics. This new rationality is based in the enhancement of the concept of Autonomy. The emerging modern man can rely only on rules, laws, and principles which are rooted not “transcendentally” beyond but “immanently” in himself (Auto-nomy). And this orientation has nothing to do with moral arbitrariness (Kant). In fact, behind the critique of religion itself, the main target was a radical critique of any heteronomous (external standard) component. Religion, after, all could be tolerated but not Heteronomy. Now, we need to remember that Heteronomy, in Medieval times, beside and beyond authoritarianism, also contributed to preserve the mysterious and non-linear components present in reality and in every decision-making process. So the determined post-Medieval commitment to rationality ended up reinforcing even more the already strong vocation for “Order” in modern Ethics. In fact, the pervasive deontological (duty is normative) or utilitarian flavor present in many lay and religious Ethics is just an expression of this obsession with Order.

Third, contemporary ethics is an anthropocentric (humans are central) Ethics. Romanticism first, then “non-cognitive Ethics” (Ayer, Stevenson, Hare), and “Ethical Intuitionism” (Sigdwick, Moore) later on, tried to revert and correct this excessive rationalization. They partially succeeded but without correcting the strong Anthropocentrism of today’s Ethics. And the paradox of this more differentiated Anthropocentrism is that its criticism of Order has not overturned the strong obsession of modern societies for Order. Instead it has radicalized it. The major life dimensions of post-modern persons, i.e. work, housing, food, health, family life, or even feelings (Eva Illouz) continue to be scheduled, programmed, and organized in search of predictability and order (Lipovetsky). The cult and idolatry of annual GDP growth, cultivated by us all, is a sign of it.

Adventism has been very critical of modernity since its very beginning. It has criticized modernity's irreligious foundation, cult of autonomy, and its rationality. Paradoxically, Adventism has ended up looking very similar in the fundamental, underlying trend of contemporary Ethics as I have described it previously: the obsession with order. In fact, Adventist Ethics is a typical Ethics of order. While the justification and rationale differs, in the end, Adventists  have not been able to assess, correct, and balance the unilateral accent of its surrounding society and culture on Order and to propose a valid alternative. And worse, Adventists have “mis-used” its main ethical and theological categories (Ten Commandments, perfection, obedience, coherence) to endorse this obsession.

The latest administrative events (women pastoral ordination) or documents ("On Unity") clearly show that this obsession with Order and homogeneity is still the main ingredient of its policy, Ethics, and theology. And that is certainly an idolatry “biblically” supported. Is this the Adventism we want? Is this the End-time Adventism we are building on?

Our current societies have become irreversibly heterogeneous, multicultural, and diversified. There is no way back. And since our Adventist community is part of these societies, we also have assimilated the same traits. And that is not a sin any more than if we had been born in the Middle Ages, Egypt, or Rome. This is what a theology of incarnation really implies. And in this unprecedented and unique situation, the obsession with an Ethics of Order does not help. It only risks making things worse. Adventists must humbly learn that sometimes theology, in order to remain healthy and relevant, must be assessed by the existing reality and not the other way around. That is what confrontation with the “reality principle” means. And Adventist theology and Ethics are certainly not the exception.

Philip Roth’s book American Pastoral reminds us that an “Adventist Pastoral” of Order where all Adventists look alike, administratively choose the same monolithic policy, and feel and act only as an obedient army is a poor illusion. It reminds us that between actions and effects there must certainly be a relation based on desire and aspiration that makes our actions human and future-oriented because they wake up hope. But this relation is not mechanical. It is mediated by feelings, surprises, paradoxes, asymmetries that delay, modify, and transform its effects, making them sometimes unpredictable. And a healthy identity-– individual or corporate--is that which has learned to welcome, with trust and hope, the Unpredictable.