Poetry and Music for the New Year 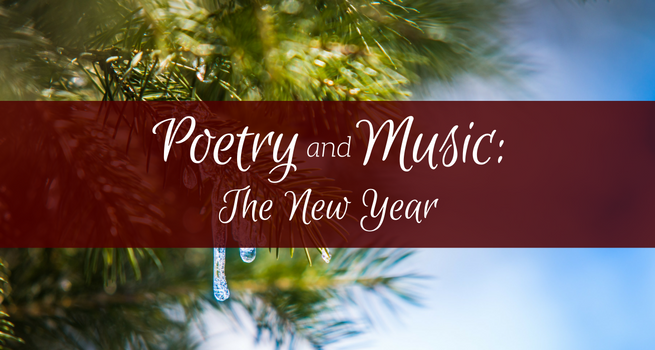 Addressed to the Patrons of the Pennsylvania Freeman:

THE WAVE is breaking on the shore,
The echo fading from the chime;
Again the shadow moveth o’er
The dial-plate of time!

Once more across thy sleepless eye
The semblance of a smile has passed:           10
The year departing leaves more nigh
Time’s fearfullest and last.

Spring, with her change of sun and shower,
And streams released from Winter’s chain,
And bursting bud, and opening flower,
And greenly growing grain;               20

And Summer’s shade, and sunshine warm,
And rainbows o’er her hill-tops bowed,
And voices in her rising storm;
God speaking from His cloud!

And Autumn’s fruits and clustering sheaves,               25
And soft, warm days of golden light,
The glory of her forest leaves,
And harvest-moon at night;

And quiet love, and passion’s fires,
Have soothed or burned in manhood’s breast,
And lofty aims and low desires
By turns disturbed his rest.

The wailing of the newly-born            45
Has mingled with the funeral knell;
And o’er the dying’s ear has gone
The merry marriage-bell.

And Wealth has filled his halls with mirth,
While Want, in many a humble shed,            50
Toiled, shivering by her cheerless hearth,
The live-long night for bread.

And worse than all, the human slave,
The sport of lust, and pride, and scorn!
Plucked off the crown his Maker gave,           55
His regal manhood gone!

And still, where’er to sun and breeze,
My country, is thy flag unrolled,
With scorn, the gazing stranger sees
A stain on every fold.

Oh, tear the gorgeous emblem down!            65
It gathers scorn from every eye,
And despots smile and good men frown
Whene’er it passes by.

Yet, shame upon them! there they sit,
Men of the North, subdued and still;
Meek, pliant poltroons, only fit
To work a master’s will.

Sold, bargained off for Southern votes,        85
A passive herd of Northern mules,
Just braying through their purchased throats
Whate’er their owner rules.

Nailed to his self-made gibbet fast,
Self-pilloried to the public view,
A mark for every passing blast
Of scorn to whistle through;             100

There let him hang, and hear the boast
Of Southrons o’er their pliant tool,—
A new Stylites on his post,
“Sacred to ridicule!”

Telling the story of its doom,
The fiendish mob, the prostrate law,             110
The fiery jet through midnight’s gloom,
Our gazing thousands saw.

Yet o’er the blackness of the storm
A bow of promise bends on high,
And gleams of sunshine, soft and warm,
Break through our clouded sky.

From Hudson’s frowning palisades
To Alleghany’s laurelled crest,
O’er lakes and prairies, streams and glades,                135
It shines upon the West.

And all who now are bound beneath
Our banner’s shade, our eagle’s wing,        150
From Slavery’s night of moral death
To light and life shall spring.

Broken the bondman’s chain, and gone
The master’s guilt, and hate, and fear,
And unto both alike shall dawn        155
A New and Happy Year.

“The New Year” by John Greenleaf Whittier. Born in 1807 in Haverhill, Massachusetts, Whittier was a prolific Quaker poet who advocated for the abolition of slavery. His first poem was published in 1826 in the Newburyport Free Pressafter his sister submitted it without his permission. The editor, William Lloyd Garrison, encouraged Whittier to attend high school at Haverhill Academy. In order to pay for school, Whittier became a shoemaker and worked out a deal to pay part of his tuition with food from his family’s farm. After graduation, Whittier went on to become editor of several magazines. By the 1830s, he became interested in politics and joined his former editor, Garrison, in the abolitionist movement. Whittier dedicated the next 20 years of his life to the cause, writing and speaking out against the injustice of slavery. He often received negative – and even violent – responses, and was mobbed, stoned, and run out of towns several times. Later in life, Whittier became one of the founding contributors to Atlantic Monthly (now The Atlantic) which was founded in 1857. Whittier died at his home in 1892.2

“Another Year is Dawning” written by Frances Ridley Havergal. Havergal was an English writer born in 1836. Her father was an Anglican clergyman, writer, composer and hymn writer. She followed in her father’s footsteps, becoming a poet and hymn writer herself. She lived a quiet life until her death in 1879 from peritonitis. She was 42.3 The hymn above is said to have been a new year’s greeting Havergal sent to friends in January of 1874, just five years before her death. The hymn was later put to music by Charles Wesley’s grandson Samuel S. Wesley.4