Vote for the 2016 Adventist Person of the Year

Vote for the 2016 Adventist Person of the Year We are pleased to announce the inaugural "Adventist Person of the Year" award presented by Spectrum Magazine to a Seventh-day Adventist who contributed to the denomination or to society at large in an outsanding way. Below are ten nominees for the award selected by Spectrum editorial staff. Help decide the winner by voting in the reader poll via the link below. The winner will be announced on the Spectrum Website by year end, so be sure to check back for results!

VOTE: 2016 ADVENTIST PERSON of the YEAR

Nominees for the 2016 Spectrum Magazine Adventist of the Year: 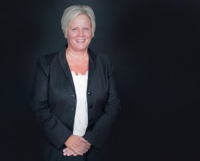 VOTE: 2016 ADVENTIST PERSON of the YEAR