Toward an Adventist Theology of Health (Part 8) — The Epidemiological Shift

Toward an Adventist Theology of Health (Part 8) — The Epidemiological Shift 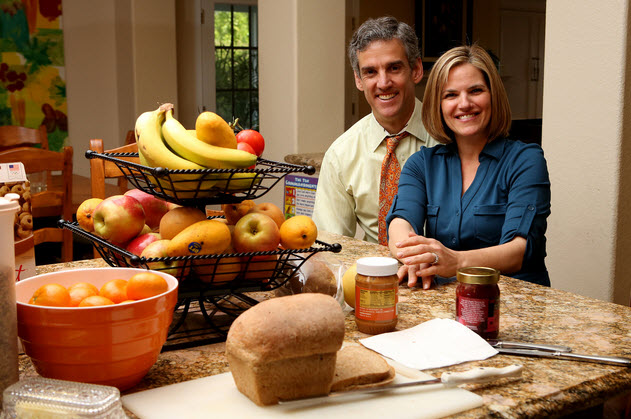 The unique mixture of Adventist lifestyle characteristics described in last month's column ("Holism, Pro-activity, and Self-esteem") have been recognized, praised, and even raised up as a convincing lifestyle paradigm for non-Adventists. They have been the subject of significant U.S.A. national media coverage on programs such as ABC News: World News Tonight and Good Morning America. This lifestyle has also been featured in international magazines like the National Geographic’s article "Longevity: The Secrets of a Long Life". But Adventism’s relevance does not end here. It also opens up significant socio-cultural implications. First, sickness and health are not purely personal but rather socially related events. Second, sickness and health are not just medical but have strong cultural aspects. Third, sickness and health are not to be considered uniquely from “proximal-causes” but also from a “distal-causes” perspective. These three assumptions are at the base of today's “Epidemiological Revolution.” The consequences of this evolving process in medicine and the social sciences nevertheless remain largely unexplored and ignored. Consider, then, three socio-cultural implications of an Adventist lifestyle in light of this larger perspective.

Richard Doll (28 October 1912 – 24 July 2005) was a British physiologist who became probably the foremost epidemiologist of the 20th century, turning the subject into a rigorous science. He was a pioneer in research linking smoking to health problems. With Ernst Wynder, Evarts Graham, and particularly Bradford Hill, he was considered the first to prove that smoking caused lung cancer and increased the risk of heart disease (German studies had suggested a link as early as the 1920s but were forgotten or ignored until the 1990s). He also carried out pioneering work on the relationship between radiation and leukemia, as well as linking asbestos to lung cancer and alcohol with breast cancer.

In 1950, collaborating with Austin Bradford Hill, he undertook a study of lung cancer patients in 20 London hospitals. At first, he believed the cancer was due to a new material “tarmac”  or automobile fumes, he but rapidly discovered that tobacco smoking was the only common factor. Doll himself stopped smoking as a result of his findings, published in the British Medical Journal in 1950, which concluded:

"The risk of developing the disease increases in proportion to the amount smoked. It may be 50 times as great among those who smoke 25 or more cigarettes a day as among non-smokers."

Four years later in 1954, the “British Doctors Study,” a study of some 40 thousand doctors over 20 years confirmed the suggestion, based on which the government issued advice that smoking and lung cancer rates were related. In 1955 Doll reported a case controlled study that has firmly established the relationship between asbestos and lung cancer. In 1966 Doll was elected to the Royal Society. The citation stated:

"Doll is distinguished for his researches in epidemiology, and particularly the epidemiology of cancer where in the last 10 years he has played a prominent part in (a) elucidating the causes of lung cancer in industry (asbestos, nickel & coal tar workers) & more generally, in relation to cigarette smoking, and (b) in the investigation of leukaemia particularly in relation to radiation, where using the mortality of patients treated with radiotherapy he has reached a quantitative estimate of the leukaemogenic effects of such radiation. In clinical medicine he has made carefully controlled trials of treatments for gastric ulcer. He has been awarded the United Nations prize for outstanding research into the causes & control of cancer & the Bisset Hawkins medal of the Royal College of Physicians for his contributions to preventative medicine."

In 1969, Doll moved to Oxford University to sit as the Regius Professor of Medicine. Initially, epidemiology was held in low regard, but in his time at Oxford, he helped reverse this and subsequently expanded the revolutionary implications of this “Epidemiological Shift” in medicine worldwide. Doll’s contribution to today's epidemiology can be summed up in three points. First, against a still predominant “monogenic” conception of disease, based on a mono-factorial analysis, Doll proposed a multi-factorial approach through the so-called “triangle of causation.” This includes the interplay of host, agent, and environment. Second, against a still strong “linear” understanding of disease, he defended a “non-linear” methodology. In Doll’s approach, the causal relationship between the interacting agents is non-mechanical, dynamic, historical, and reciprocal, allowing positive feedback and bi-directionality. Third, against the radical commitment of today's medicine in establishing the priority of proximal causes of disease, he underlined the importance of the distal, hidden, indirect, and contextual causes at work.

Adventist Health Studies (AHS) is a series of long-term medical research projects by Loma Linda University with the intent to measure links between lifestyle, diet, disease, and mortality of Seventh-day Adventists. Adventists have a lower risk of certain diseases, and many researchers hypothesize that this is due to dietary and other lifestyle habits. This provides a singular opportunity to answer scientific questions about how diet and other health habits affect the risk of many chronic diseases.

The first major study of Adventists, begun in 1960, has become known as the Adventist Mortality

Study. Consisting of 22,940 California Adventists, it entailed an intensive five-year follow-up and a more informal 25-year follow-up. This study did indicate that Adventist men lived 6.2 years longer than non-Adventist men in the concurrent and parallel American Cancer Society Study, and Adventist women had a 3.7-year advantage over their counterparts. These statistics were based on life table analyses.

Specifically, comparing death rates of Adventists compared to other Californians:

An additional study (1974–1988) involved approximately 34,000 Californian Adventists over 25 years of age. Unlike the mortality study, the purpose was to find out which components of the Adventist lifestyle give protection against disease.

The data from the study have been analyzed for more than a decade, and the findings are numerous, linking diet to cancer and coronary heart disease. Specifically:

. Reducing consumption of red and white meat was associated with a decrease of colon cancer.

. Eating nuts several times a week reduces the risk of heart attack by up to 50%.

. Drinking five or more glasses of water a day may reduce heart disease by 50%.

. Men who had a high consumption of tomatoes reduced their risk of prostate cancer by 40%.

. Drinking soy milk more than once daily may reduce prostate cancer by 70%.

The Adventist Health Study-2 (AHS-2) began in 2002 with the goal of investigating the role of selected foods to change the risk of cancer. AHS-2 is designed to provide more precise and comprehensive results than previous research among Seventh-day Adventists. Church members are expected to be non-smokers, abstain from alcohol, and are encouraged to eat a vegetarian diet. Many also avoid caffeine-containing beverages. However, adherence to these recommendations is quite variable.

Adventists in North America are almost entirely non-smokers. The vast majority are non-drinkers, and the small number who consume alcohol do so infrequently. But they have a wide diversity in dietary practices. A small percentage are vegans, many follow a lacto-ovo vegetarian diet or eat meat less than once per week (semi-vegetarian), and about half have omnivorous diets similar to the general population.

These studies indicated that Adventists had lower risks for most cancers, cardiovascular disease, and diabetes. Females lived 4.4 years and males 7.3 years longer when compared with the general California population. They also showed the advantage of a vegetarian diet among Adventists, found strong evidence that meat increased risk of colon cancer and coronary heart disease, and that nut consumption reduced risk of coronary heart disease. Other significant associations between cancers and other foods have also been reported.

The epidemiological positive effects of the Adventist Lifestyle can be summarized in three points. First, the Adventist model has become a concrete “social” model not uniquely a person-related one. Second, this model is also a “long-historical” model because it can be variously measured and assessed diachronically in various generations. Third, this model is, as it was in its origins, a social alternative and “counter-cultural” model maintaining a revolutionary and apocalyptic stance.

3. For an Adventist “Hermeneutical Epidemiology”

Adventism is committed today to the epidemiological analysis of disease and health through the consistent use of descriptive, analytical, and experimental epidemiology, at least in its high learning centers (e.g. Loma Linda). But, can epidemiological data be totally explained and understood by these kind of epidemiological tools? Only partially. A larger understanding is necessary. And we might call this additional cultural tool “Hermeneutical Epidemiology.” This is the view which goes beyond a linear, analytical reading of the gathered data and inscribes it in a larger cultural perspective.

For instance, it concludes that the Adventist Lifestyle is unique and better than others because Adventist men and women live longer than their counterparts. This is a linear and quantitative reading. A hermeneutical and qualitative cultural reading would show a more fundamental finding that is naively ignored. Not the “difference” but the “communality” between Adventists and non-Adventists, despite of their different lifestyle choices. They both, in fact, die from the same diseases even though in different quantitative proportions. Adventists also die from heart attack, breast, prostate, and intestinal cancers and not from leprosy or demonic-possession. Epidemiological data shows then that we are like others, inhabit the same world, face the same challenges, and share the same sicknesses. For this reason, we do not need to isolate ourselves but rather learn to be with, to dialogue with. and be taught by others because our particular virtues do not put us on a different planet.