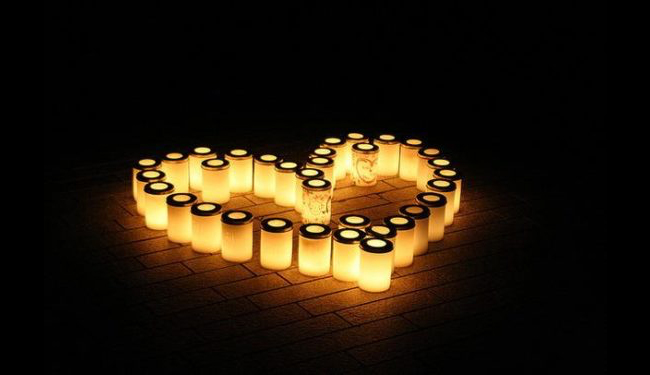 Pastor Ruben Rios Helps Lead Vigil for Oakland Warehouse Fire Victims. An estimated 2,500 mourners convened at the Lake Merritt pagoda in Oakland, California, on Monday, December 5, 2016 to mourn the loss of at least 36 lives in the Ghost Ship warehouse fire. Ruben Rios, pastor of the Grand Advent Seventh-day Adventist Church in Oakland, emceed the event. The Grand Advent Church Facebook page asked for prayers as Rios was called upon to “bring a word of hope and comfort to those who will gather around Lake Merritt.” Attendees shared thoughts and shed tears at the vigil, remembering the lives of those who died. The crowd booed Oakland Mayor Libby Schaaf when she took the microphone, protesting what many saw as her role in Oakland’s increasingly unaffordable housing costs. From Golden Gate Xpress, “Thousands gather in mourning at Oakland vigil.”

LLU School of Medicine Researcher Seeks to Reduce Infant Suffering. Danilyn Angeles, Ph.D, an LLU School of Medicine researcher, is seeking to reduce pain for premature babies.  “Some people think babies don’t feel pain,” she said, “or that it only affects them for a moment, but that just isn’t true. In the NICU, babies can be subjected to multiple painful procedures every single day, and what we’re finding is that it can cause significant problems for them.”  Angeles is using a $1.6 million National Institutes of Health R01 grant to study three pain-relief methods causing the least amount of pain and lowest incidence of trauma, stress, and systemic cell injury in babies. From Loma Linda University, “Researcher aims to reduce pain and other negative outcomes for premature infants.”

Thousand Oaks Adventist Church Hosts Filmmakers' Presentations on Hacksaw Ridge. Jeffrey Cordone, a member of The Place Seventh-day Adventist Church in Newbury Park and a production executive on The Conscientious Objector, a 2004 documentary about Desmond Doss, spoke at the Thousand Oaks SDA church.  To kids growing up in the Adventist church, Doss was viewed as larger than life, Cordone said. "He was my hero. I met him when I was 11. Who thought I’d be able to tell his story in my 50s? It’s pretty awesome."  Gabe Videla, an associate producer on the Mel Gibson film Hacksaw Ridge, also spoke at the service on November 12 in honor of Doss, the devout Seventh-day Adventist whose life was chronicled in the movie. From Thousand Oaks Acorn, “Local Adventists Delight in Doss.”

Loma Linda Paleontologist Works Preserving Prehistoric Footprints. Loma Linda University paleontologist Torrey Nyborg is helping preserve fossil tracks left by mastodons, camels, horses, and cats the size of leopards in a remote desert box canyon that paleontologists have dubbed “The Barnyard.”  Nyborg completed the first inventory of the tracks and is helping the National Park Service devise formal plans to protect and manage them.  She says the footprints of prehistoric mammals and birds that are almost everywhere you look are "as good as it gets."  The area contains one of the largest, most diverse, and well-preserved deposits of prehistoric mammal and bird tracks known to exist. It is a window onto the ecology of Death Valley during the Pliocene Epoch about five  million years ago when things were starting to heat up. From Portland Press Herald, “Prehistoric tracks abound in Death Valley ‘Barnyard’.”