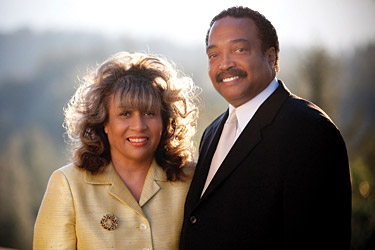 On Tuesday, December 6, 2016, Pacific Union College announced that Heather Knight will bring her presidency to an end as of January 8. 2017. She became the college’s 21st president in September 2009.

In the official announcement of her resignation, it was noted that on her watch the school had its highest enrollment in 24 years in 2013, when 1678 students were registered. However, the last two years have seen enrollment decline, and the college has struggled to meet its budget. This year’s decline created a projected budget deficit of $4.3 million. Discussions were underway on how to make an 8% decrease in expenses on top of a hiring freeze that went into effect at the end of last year on all non-critical positions.

Knight offered her resignation now to give the Board time to conduct a search for a new president in a timely manner before the next school year.

Knight was further known for her efforts to beautify and to renovate the campus, and several major campus renovation projects including the Dining Commons and Campus Center, the Nelson Memorial Library, the Enrollment Office, as well as the lobbies of Winning, Grainger, and Newton Halls were all completed under her tenure as president, according to the college’s press release.

“President Knight led Pacific Union College enthusiastically and courageously during some challenging years, and PUC is stronger and better positioned for the future because of her leadership,” says PUC Board Chairperson Dr. Bradford Newton. “Among her many achievements, her work in strategic planning and implementation, along with her distinctive focus on the Adventist Advantage has proved to be a special blessing to the campus. Also, under her tenure, PUC received the single largest cash gift in its 134-year history in the amount of $2.6 million, which helped to significantly launch the current Heritage Campaign. Plans for preserving almost 900 acres of the College’s pristine forest lands through a Conservation Easement have also been developed during President Knight’s administration.”

Earlier this year the Board conducted a comprehensive presidential assessment. In May, Dr. Newton wrote to PUC College Community Members saying the Creedo consultants who had conducted the assessment, had made recommendations for a Presidential Leadership Action Plan.

During the assessment process, surveys were done with multiple groups about the president’s performance. Students, faculty, alumni, staff, and community members were all questioned about her performance.