Donald Trump: "I am considering Ben Carson as head of HUD." 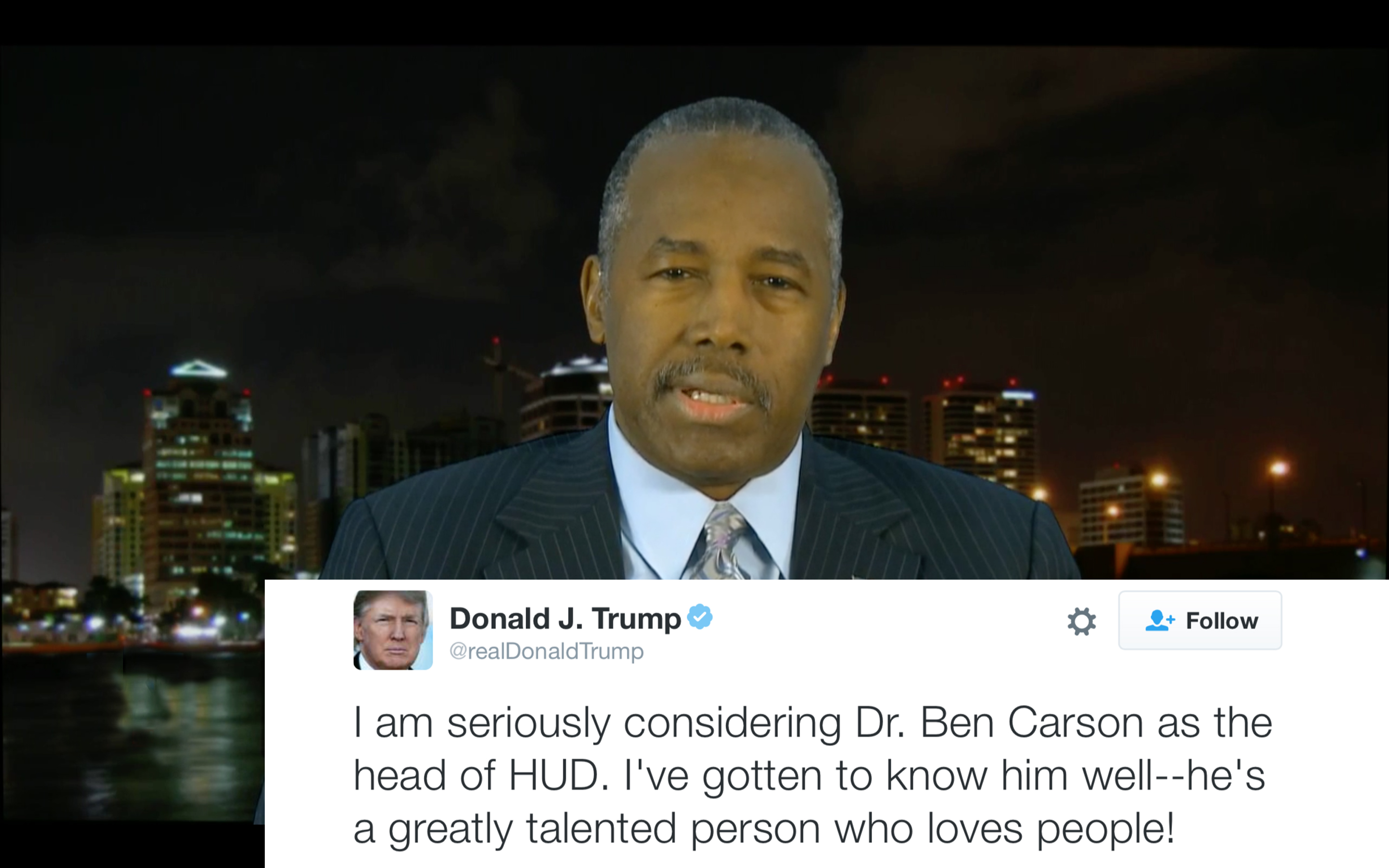 President-elect Donald Trump is considering retired neurosurgen and former GOP rival Benjamin Carson for a cabinet position. Carson has been serving as a member of the president-elect's transition team. Carson was one of the first Republican rivals to endorse Donald Trump for president after dropping out of the primary race.

Trump tweeted this morning that he is considering Carson to head the Department of Housing and Urban Development (HUD). Carson adviser and confidant Armstrong Williams told the press one week ago that Carson would not serve in Donald Trump's cabinet, saying, "Dr. Carson feels he has no government experience, he's never run a federal agency. The last thing he would want to do was take a position that could cripple the presidency."

While Williams was speaking to media outlets, Carson took to social media to clarify. On his verified Facebook page, Carson wrote,

My decision not to seek a cabinet position in the Trump administration has nothing to do with the complexity of the job as is being reported by some news outlets. I believe it is vitally important for the Trump administration to have many outspoken friends and advisers who are outside of the Washington bubble. It is vital to have independent voices of reason and reconciliation if our nation is to heal and regain its greatness. I will continue to work with the transition team and beyond as we build a dynamite executive branch of government.

Yesterday, in a Fox Report televised interview, Carson contradicted Williams, saying that he would give "very serious consideration" to a position in Trump's cabinet. Trump confirmed with a tweet that Carson was being considered to as successor to current HUD secretary, Democrat Julian Castro.

I am seriously considering Dr. Ben Carson as the head of HUD. I've gotten to know him well--he's a greatly talented person who loves people!

If appointed and confirmed, Ben Carson would be the 17th head of Housing and Urban Development and the first Seventh-day Adventist to hold the position since the department was created in 1965 under the Lyndon B. Johnson administration.