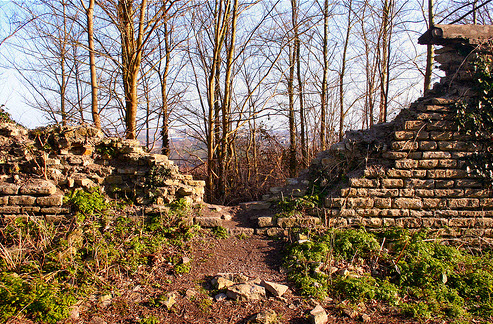 As a church-state scholar, I am a fan of Roger Williams. While Thomas Jefferson popularized the concept of the separation of church and state in his letter to the Danbury Baptists in 1802, Roger Williams is the first American colonial figure to advocate for the practice. Williams originally settled in Massachusetts in 1630 but was banished in the winter of 1635-36 because he disagreed with the principle of creating a Christian colony. He traveled south and eventually founded Rhode Island. Williams described the church as a “garden” and the world as the “wilderness” and warned of intermingling the two. In 1644 he wrote, “When they have opened a gap in the hedge or wall of separation between the Garden of the Church and the Wilderness of the world… God has ever broke down the wall … and made his Garden a Wilderness.” What has always struck me about this statement is that Williams was not concerned about the effect of religion on politics as we often seem to be in our modern context. Instead, Williams wanted the separation of church and state because he believed that intermingling the two would have a corrupting effect on religion. After the events of the past month, both in our country and in my church, I tend to agree with Williams.

The issue in our politics is clear to see and became even clearer with the release of audio and video of Donald Trump admitting to attempting to seduce a married woman and making other disparaging comments about women in general.1 About two months ago, Jonathan Merritt wrote a piece for The Atlantic in which he argued that Evangelical Christians needed to apologize to Bill Clinton for their attacks in the 1990s, based on their support for Trump today. So it is not like we did not know who Trump was. Trump’s video bombshell and the resulting fallout just drove the point home in his own voice. Despite this fact, the silence about or outright dismissal of Trump’s sins by Evangelical leaders has been astounding. I want to feign shock, but I am not surprised. For almost 40 years, Evangelical Christians, under the guise of the Religious Right, courted political power specifically through the Republican Party.2 As a political group, they have accomplished little of what they desired. Instead, their witness for the cause of Christ suffers because of their political maneuvering which often comes across as a naked power grab. Christ’s kingdom is a supposed to be a kingdom not of this world, based in freedom and the love of a self-sacrificing God. The culture warriors of the Religious Right, on the other hand, depict God as a cold unfeeling tyrant, hell-bent on forcing everyone to bow to His law through the discipline of the statutory power. The wilderness has corrupted the garden, and it was the gardeners who tore down the wall.

Over the past few years, the Seventh-day Adventist Church took up the issue of women’s ordination, deciding last year that divisions of the church did not have the authority to decide who should be ordained. Unfortunately, the church returned to these issues in the past month or so, first attempting to determine how to discipline church unions that ordained women, and second proposing a plan of repentance and reconciliation for those unions, which was eventually passed. At the beginning of the process, the General Conference of Seventh-day Adventists (GC) released a study regarding church unity.3 It was in this study that I found statements that seemed to be tinged with the effect of our wilderness political structure on the garden of our church. At one point, the church argues that compliance with policies of our church “supersedes all other considerations.” At another point, the GC states the time-worn policy that the GC Session is the highest ecclesiological authority on earth and as such should be followed. Both of these statements smack of the influence of our democratic, winner-take-all system of political governance. Both statements stifle minority dissent, without even a modicum of consideration of whether that dissent is correct. Instead, it establishes a system in which the majority rules, even if that majority decides to enact certain policies not because of any biblical mandate but rather because of the vestiges of sexism. However, I cannot ignore that these decisions also take place in a context in which elements of the church have become more active in the public square, involving themselves in politically contentious issues in the same way the Religious Right did 40 years ago. Elements of the SDA church have sought to break down the wall between the garden and the wilderness, advocating that their religious beliefs should be codified in law. How naïve of them to think that the church would not be influenced in return.

1-- I’m surprised I found a way to respectfully describe that video. It is quite possibly the most disgusting thing to ever happen in the midst of a presidential campaign. I do not even think it has fully sunk into me that I just heard a candidate for President of the United States admit to sexual assault. And I cannot even begin to express my sorrow for the women who know this as a real experience as opposed to my tangential horror.

2-- To be fair, there have been over a hundred Evangelical leaders who have come out against Trump’s candidacy and the Evangelical Right’s support for that campaign.

3-- I linked to the full study in text, but there is also a summary document if you are interested.

Jason Hines is an attorney with a doctorate in Religion, Politics, and Society from the J.M. Dawson Institute of Church-State Studies at Baylor University. He is also an assistant professor at Adventist University of Health Sciences. He blogs about religious liberty and other issues at  www.TheHinesight.Blogspot.com.