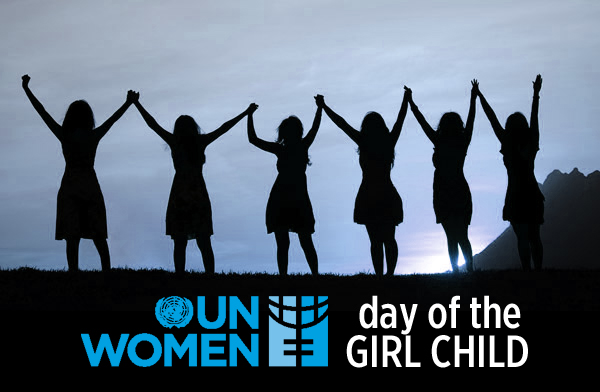 October 11, 2016 was the day during the General Conference Executive Committee’s Annual Council that the committee voted a GC-initiated process for addressing compliance issues. As it happened, that day was also designated by the United Nations (UN) as the “International Day of the Girl Child.” A UN statement said:

The world’s 1.1 billion girls are part of a large and vibrant global generation poised to take on the future. Yet the ambition for gender equality in the Sustainable Development Goals (SDGs) highlights the preponderance of disadvantage and discrimination borne by girls everywhere on a daily basis.

In the list of the UN’s Sustainable Development Goals, number 5 is to: “Achieve gender equality and empower all women and girls.”

The UN and the global community have a long way to go before this goal can be achieved. What about the Seventh-day Adventist Church? How far away is our denomination from offering our whole hearted support for gender equality?

The GC Working Policy’s Basic Principle of Non-discrimination
The Working Policy of the General Conference provides a basic principle that ought to make us better leaders in this matter:

The Church rejects any system or philosophy which discriminates against anyone on the basis of race, color, or gender. (GC WP BA 60 05 Basic Principles)

Have we succeeded in pursuing this basic principle by our example? What about educating new converts? Are we teaching our mature church members the basic principle of rejecting “any system or philosophy which discriminates against anyone on the basis of race, color, or gender”?

What about our decision-making at all levels? Are we aware that gender inequality is an integrated part of the culture in many parts of the world where you will find Seventh-day Adventist Churches? Do we recognize that cultural bias will most likely influence decision makers? Are we looking out for decisions made on the basis of cultural understanding rather than biblical principles?

The UN on Gender Inequalities
The UN website offers this sobering thought:

Gender inequalities are still deep-rooted in every society. Women suffer from lack of access to decent work and face occupational segregation and gender wage gaps. In many situations, they are denied access to basic education and health care and are victims of violence and discrimination. They are under-represented in political and economic decision-making processes.

The Seventh-day Adventist Church is a fast growing church in many areas of the world where “gender inequalities are still deep-rooted,” to use the UN’s phraseology.

The 2015 GC Session, San Antonio
During the 2015 the General Conference Session in San Antonio, delegates voted on the topic of letting the division’s executive committees “make provision for the ordination of women to the gospel ministry.” Was the challenge of “deep-rooted” gender inequalities in “every society” taken into account as a factor that could make the vote void if such a cultural influence could be seen as the basis for votes cast? What about the reports of people being threatened if they did not vote no -– was that pointed out to be unacceptable? Is it possible to use a majority vote to decide in a matter of equal treatment of male and female when we know that “gender inequalities are still deep-rooted in every society”? Is it at all possible to think that such a vote expresses the will of God?

Having rules and regulations are vital for any well-functioning organization. As Adventists we are well acquainted with the fact that God gave his people laws and regulations as they left Egypt, in addition to the rite of circumcision given them through Abraham. “Now if you obey me fully and keep my covenant, then out of all nations you will be my treasured possession.” (Ex 19:5).

After Jesus’ resurrection, the disciples faced the tremendous task of evangelizing the whole world. New people groups and cultures would be met. This new phase of their mission was a tremendous challenge as they had to think differently. And God used different means to help the leaders of the church to move along in a way that made it possible for them to fulfill God’s call to them.

"God, who knows the heart, showed that he accepted them by giving the Holy Spirit to them, just as he did to us" (Acts 15:8 NIV, emphasis added).