Toward an Adventist Theology of Health (Part 6) — On Death

Toward an Adventist Theology of Health (Part 6) — On Death 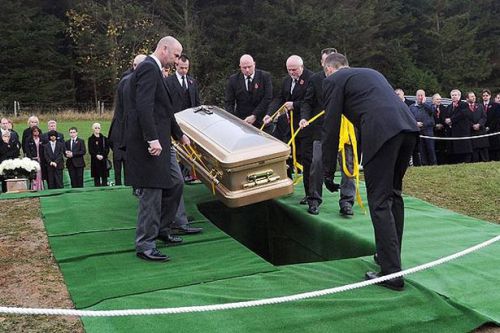 Nothing seems more easy to be defined than death. According to a common technical description, death is the permanent cessation of all vital functions. This short and unequivocal definition has nevertheless the inconvenience of not giving us the true dimension and real meaning of what death implies. In thinking of death, we are, in fact, pushed to think it all through: the nature of our origin, the concreteness our corporeal destiny, the sense of our temporal fragility, the true consistency of our relational vocation, the paradox of our heterogeneous humanity. We face not one but many questions. And some are insoluble. These questions generate deeper questions. What is death? Is it possible to know what it is? What do we really think about when we think of death? And what kind of thinking is this? How does the death of human beings relate to the death of other living entities? Is human death simply and ultimately a matter of biology? If not, on what basis should it be defined? While considering all these questions and after recognizing the complexity that death implies, we will try to approach it from three different perspectives: philosophical, medical, and cultural.

Death marks the end of life. But it is also a phenomenon of life. We could reformulate Descartes’ motto in this sense, “I am, therefore I die” — for the simple reason that our life will come to an end, our existence is finite. Such thinking points to the indelible mark of one’s mortality. We ordinarily view death as the final cessation of our being, hence the finishing off of all that was once possible. In death, time ceases — I come to an end, I am no longer here, when I die. The present vanishes in the passing of our having-been. At its most bleak, death is the final termination of all activity, of time and life as such.

But philosophy has also tried to think of death in more paradoxical ways. Heidegger, for instance, presents a radically different interpretation. In Being and Time death does not simply mean the end of existence. In recognizing the undeniable certainty of one’s death, something else is revealed, something more fundamental. One of Heidegger’s aims is to formulate a more authentic mode of relating to death that goes beyond understanding death as the annihilation of all possibilities. This “more authentic” relation is a “being-toward-death” which Heidegger calls a “running ahead [Vorlaufen]”. Because death will always come to me in the future, my anticipation in the present makes me, so to speak, ahead of myself. I am thrown to the certainty of my own death, Heidegger would say. Insofar as I exist, I am running ahead of myself because I am related to a future dying that is always a “not yet.”  “I will die; therefore, I am”-- to reformulate Descartes once again. Because I relate to the possibility of my death with resolute certainty, because what I can be most certain of in the world is that I will some day die, I am always already a being that is a being-toward-death. According to Heidegger, this being-toward-death is precisely what makes my being possible, for death is the most extreme possibility of my existence, my “ownmost potentiality of being [das eigenste Seinkönnen].” “I myself am in that I will die.” At stake for Heidegger, then, is to conceptualize death not as pure nothingness but rather as pure possibility.

But the complexity of death does not involve only philosophy. It is inscribed in medicine itself. Notwithstanding the fact that medicine primarily works with a mechanical paradigm of the human body and, therefore, of death itself, medicine has faced a revolution in defining death since the Harvard Medical School Committee developed a new definition in 1968. Based on enormous technical developments in human body medicine, the committee was pushed to redefine death in neurological terms. Until then death had been defined as the cessation of heartbeat (cardiac arrest) and breathing. But the development of CPR and prompt defibrillation rendered that definition inadequate because breathing and heartbeat can sometimes be restarted. Events which were causally linked to death in the past no longer kill in all circumstances. Without a functioning heart or lungs, life can sometimes be sustained with a combination of life support devices, organ transplants. and artificial pacemakers. Today, where a definition of the moment of death is required, doctors and coroners usually turn to "brain death" or "biological death" to define a person as being dead; people are considered dead when the electrical activity in their brain ceases. It is presumed that the end of electrical activity indicates the end of consciousness. Suspension of consciousness must be permanent, not transient, as can occur during certain sleep stages or in a coma. EEGs can easily tell the difference.

But after decades of using “brain death” for determining what death is, some scholars have become critical about it. For instance, Franklin Miller, Ph.D, senior faculty member at the Department of Bioethics, National Institutes of Health, notes: "By the late 1990s... the equation of brain death with death of the human being was increasingly challenged by scholars, based on evidence regarding the array of biological functioning displayed by patients correctly diagnosed as having this condition who were maintained on mechanical ventilation for substantial periods of time. These patients maintained the ability to sustain circulation and respiration, control temperature, excrete wastes, heal wounds, fight infections and, most dramatically, to gestate fetuses (in the case of pregnant 'brain-dead' women)." Those who maintain that only the neo-cortex of the brain is necessary for consciousness sometimes argue that only electrical activity should be considered when defining death.

Eventually, it is possible that the criterion for death will be the permanent and irreversible loss of cognitive function, as evidenced by the death of the cerebral cortex. All hope of recovering human thought and personality is then gone, given current and foreseeable medical technology. At present, in most places, the more conservative definition of death – irreversible cessation of electrical activity in the whole brain, as opposed to just in the neo-cortex – has been adopted (for example the Uniform Determination of Death Act in the United States). In 2005, the Terri Schiavo case brought the question of brain death and artificial sustenance to the front of American politics.

But the idea that death can be found “within the brain” also leads to the contradictions and paradoxes involved in organ procurement practices. Even if a patient is dead under the law, he must be kept alive so that the OPO (Organ Procurement Organization) can make a determination about donor potential, as sharply notes bioethicist Jeffrey P. Bishop.

In a broader context death presently has a paradoxical destiny: on one side the oblivion of death and on the other side the anticipation of death. First, the oblivion of death because death is hidden in an “efficient” society. There are no social and symbolic spaces for dying and grieving. The disruption which death brings in its wake is eliminated as much as possible. There is an unconscious, suppressive taboo on dying, death, and mourning. It has become common not to be buried. The bodies are cremated. And when somebody dies in a highway accident, a quick cleanup makes everything looks as if nothing had occurred. Death has been detached from daily life. Second, the anticipation of death has changed because we have created non-natural mechanisms to anticipate death. The increase in suicide rate is one of them. Another is also the diffusion of euthanasia. Consider the paradox it implies. Euthanasia is the termination of a very sick person's life in order to relieve her of her own suffering. In most cases, euthanasia is carried out because the person who dies asked for it although there are cases called euthanasia where a person can not make such a request. But beyond these juridico-medical nuances, I would like to describe it critically, in its more cultural level as this: the process in which the body is understood both as a “Governable Body” and the individual as a “Sovereign Self.”  And both movements can be understood in their more extreme forms and consequences. Euthanasia is, in fact, the cultural place in which death and the body appear the most disenchanted – reduced to mere things at our disposal. But euthanasia is also the cultural place in which self-determination reaches its climax. We decide on our own death. This double cultural affirmation at the core of euthanasia can be traced to one of the founders of Western Modernity: Descartes. We find in Descartes, on one side, a reductive view of the body that allows the birth and development of all Western medicine. The body (“res extensa”) is reduced to one of its multiple characteristics: measurement. As such, it becomes just disenchanted flesh ( i.e. a sophisticated machine that can be governed completely from the outside). And this first implicit postulate present in euthanasia is actually shared not only by all Western medicine but also by various Western ethics. On the other side (and together with this underestimation of the body), we find in Descartes the parallel and corresponding over-evaluation of the self. The rational individual (“res cogitans”) is able to build up a full experience of autonomy and self-determination. In this way, the second implicit postulate present in euthanasia – that of a “Sovereign Self,” able to chose even its own death – is actually shared not only by modern medicine but also by a big part of Western anthropocentric culture.

Complexity, therefore, is an indelible mark of any serious analysis of death. And if it is present in consistent philosophical, medical, or cultural descriptions, it should also be present in our religious, theological, or lifestyle discourses. Medical and theological Adventist reflection on death should be characterized by information, clarity, openness, and wisdom and not only by conviction and zeal.