The Church in Crisis: The Religionless Christianity of Dietrich Bonhoeffer 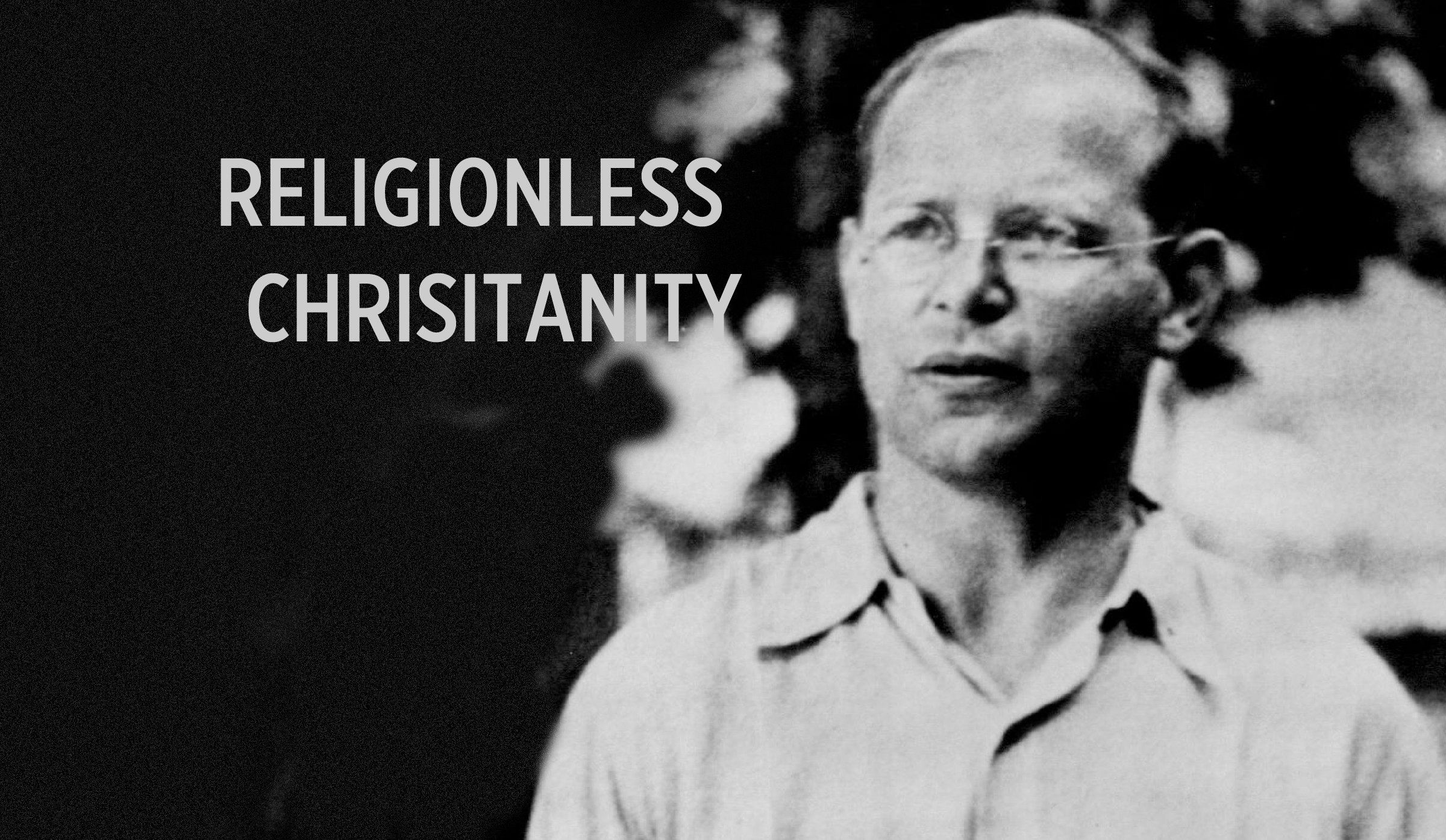 In the final two years of his life, Dietrich Bonhoeffer wrote several letters from Tegel prison to his friend Eberhard Bethge in which he spoke of the need for what he referred to as a “religionless Christianity.” “I shall not come out of here a homo religiosus!,” he declared vehemently in a note dated November 21, 1943.  “My fear and distrust of ‘religiosity’ have become greater than ever here.  The fact that the Israelites never uttered the name of God always makes me think, and I can understand it better as I go on.”  On April 30, 1944, Bonhoeffer offered one of his most famous and controversial statements on the meaning of discipleship in what he elsewhere called a “world come of age.”  “What is bothering me incessantly is the question what Christianity really is, or indeed who Christ really is, for us today,” he wrote. “We are moving towards a completely religionless time; people as they are now simply cannot be religious anymore.”

Piety and religiosity had not vanished from German society in Bonhoeffer’s day (any more than they have from American society in the present, confounding the secularization theories of several generations of sociologists of religion).  Yet this very fact, Bonhoeffer concluded, was itself ironically symptomatic of the irrelevance of religion to the problems facing most men and women. “Even those who honestly describe themselves as ‘religious’ do not in the least act up to it,” he wrote, “and so they presumably mean something quite different by ‘religious.’” Under these circumstances, what did it mean to be a follower of Christ?  In the aftermath of the failure of the institutionalized churches and self-professing believers in Europe to withstand the onslaught of totalitarian ideologies—indeed, in the light of the church's own authoritarianism and its ability to carry on uninterrupted even as the ground fell out from under it, with hymns being sung and sermons preached without pause amid the march to war—the question that now confronted Christians was one of first things.

Did the very language of spiritual inwardness, of evangelism, of apologetics, and of churchly authority that had marked Western Christianity from its beginning still make any sense? Was it the task of believers to somehow refill the vessels of a failed Christendom project that had been thoroughly corrupted by political evil with lost or forgotten meanings?  Or were believers now called to bear witness to Christ in a secular age in radically new ways, and not as “religious” persons at all?  Did “religion” itself need to be left behind as a historical stage, a human construct and sociological phenomenon, that was in no sense synonymous with the presence of the living Christ in the world and in history?  But if so, what would such a “religionless Christianity” even begin to look like?

“Man is summoned to share in God’s sufferings at the hands of a godless world,” Bonhoeffer wrote to Bethge on July 18, 1944.  Three days later, after learning of the failure of the Officer’s Plot to assassinate Hitler—a plot in which he had been complicit and for which he would be executed at the age of 39 when his role was uncovered by the Gestapo—Bonhoeffer wrote of the “this-worldliness” of the Christian faith:

“During the last year or so I’ve come to know and understand more and more the profound this-worldliness of Christianity.  The Christian is not ahomo religiosus, but simply a man, as Jesus was a man…I’m still discovering right up to this moment, that it is only by living completely in this world that one learns to have faith. One must completely abandon any attempt to make something of oneself, whether it be a saint, or a converted sinner, or a churchman (a so-called priestly type!) a righteous man or an unrighteous one, a sick man or a healthy one.  By this-worldliness I mean living unreservedly in life’s duties, problems, successes and failures, experiences and perplexities.  In so doing we throw ourselves completely into the arms of God, taking seriously, not our own sufferings, but those of God in the world—watching with Christ in Gethsemane. That, I think, is faith; that is metanoia; and that is how one becomes a man and a Christian.”

We do not know how Bonhoeffer might have developed these highly allusive ideas had his life not been cut short. His enigmatic and provocative words have often been pressed into the service of agendas Bonhoeffer himself would have resisted, from liberal death-of-God theologies to highly conservative forms of evangelical Protestantism. Yet there are perhaps a few lessons we can learn from Bonhoeffer’s witness as we face the abuses of power, the smallness of heart and mind, and the betrayals of leadership that have led to mounting crises in our own day—both inside and outside of the church.

How can we be faithful disciples of Jesus in the midst of unsettling new realities, in which by faith we trust that God is still at work? How can we be certain of Christ and speak meaning into the lives of our fellow human beings when we can no longer put our trust in church officialdom or attach our confidence in the Holy Spirit to the outworn habits of religious thinking and speech that mark our church structures?  How can we testify to the living Christ when "religion" itself turns the Word of God into a dead letter and takes on the marks of dehumanizing “kingly authority”?

For Bonhoeffer, the answers to these questions lie not in any nostalgic retreat to the past.  He ultimately refused the path of shoring up decaying institutions and exhausted forms of piety.  Rather, Bonhoeffer insisted, believers must now repent of the power and control game that they have been playing for far too long.  They must instead enter with fear and trembling into the dangerous drama of Christ’s kenosis—his self-emptying and co-suffering identification with all of humankind.  The God-forsaken God of religionless Christianity is a living God.  But this God is no longer to be found in our stagnant and increasingly debased institutional forms.  Rather, Bonhoeffer challenges us to consider, Christ is now paradoxically to be found at the margins, in desolate places, and in and among “secular” people, who in certain ways stand closer to God than the religious themselves.

Ronald Osborn is a wandering philosopher and the author of "Death Before the Fall: Biblical Literalism and the Problem of Animal Suffering" (IVP Academic, 2014) and "Anarchy and Apocalypse: Essays on Faith, Violence, and Theodicy" (Cascade Books, 2010).