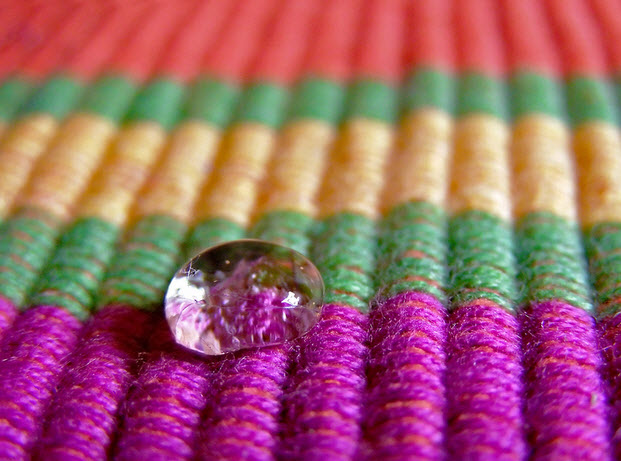 The church has been struggling with various doctrinal hot-button issues for many years now. Most notable are these: Women's Ordination, Homosexuality, and Science/Religion (frequently expressed in the Age-of-the-Earth controversy). I have been an interested observer for multiple reasons, but one is to think about the types and quality of arguments that get employed in service of someone's position. Some time back, I wrote a column where I reviewed different approaches that I believe were flawed. In this offering, I will consider some additional ones.

My criticisms in this article will not be about disproving any positions, per se. The problems I attempt to demonstrate, below, simply have to do with what I claim is inadequate reasoning. And, my complaint extends to an inclination toward appropriating questionable arguments to obtain the moral high ground. Once people convince themselves they are laboring on God's behalf – defending truth – it seems to me, they sometimes are less concerned with the quality of their arguments. It is almost as if the ends justify the means.

Consider now some examples of flawed (so say I) reasoning:

Over and over people implicitly invoke the following form of argument:

1. Any viewpoint that comes from God is true, by definition, and superior to human-derived opinion.
2. The Bible is the Word of God, which makes its information superior to uninspired material.
3. I read some things in the Bible that seem to apply to a hot-button issue.
4. The conclusion from the Bible seems very clear to me.
5. God would not mislead me, and I cannot see how one could reach a different conclusion about what I have read – other than the one I have reached.
6. My position on the topic is thus correct because it is clear and God-derived.
7. There is consequently no need to investigate any opposing human-derived argument.

To a Christian, Point 1 should be a given. Ditto for Point 2, but the tricky part is to determine just what the “Word of God” legitimately means. People have a habit of making it mean whatever conclusion they personally draw from the material. Number 5 is the fallacy of the Argument From Ignorance. Just because we cannot see how our understanding might be mistaken does not mean it is not. Point 6 provides the siren-song of moral justification, and Number 7 buffers us from feeling the need to do unpleasant, hard work that risks upsetting our current (and often desired) world-view.

This reasoning process begs the Interpretive Problem. We know human reasoning can be erroneous. And, correctly understood, God-derived information is definitively true. But, people usually have an aversion to hard work and cognitive dissonance. So by begging the possibility that we might misunderstand and/or misapply the biblical material, we get to skip possibly disturbing investigation and, simultaneously, feel we are defending God.

The Bible is Axiomatic

Statements like this superficially seem to be the epitome of orthodoxy. If we are Bible believers, we should judge truth by the Bible, right? But, first of all, this statement again begs the question of interpretation. It can be used to silently equate our own understanding about what the Bible is saying about some topic – with God-truth. But there is an even more foundational problem. No one was born believing that any particular revelatory source material is actually from God. Not the Bible, Koran, Bhagavad Gita, or any other candidates--no source is axiomatically true for someone. We elevate one (or none) of the possibilities for (hopefully good) reasons. That elevation process is frequently ignored or forgotten when we almost unconsciously privilege our preferred revelatory source, but it necessarily precedes the adoption of the source as authoritative. And the process by which we did the privileging – could be faulty. Further, and crucially important, we could interpret some material from that privileged source to a conclusion that is actually inconsistent with the rationale used to privilege the source in the first place! And this inconsistency can, and I suggest, often does go undetected.

We ought to admit two possibilities:1) the source is not actually from God (we would like non-Christians to do just this); or 2) our understanding of the material might be in error. And we definitely should be cautious in using this “privileging” approach because we would not like it used on us. For example, a Bible-believer would wish to reject the argument by a Moslem who could say this: “we are not to judge the Koran by the evidences; we are to judge the evidences by the Koran!”

This move has been employed at times by those trying to defend Young Earth Creationism (YEC). The Noachian Flood (1) and one-calendar-week Creation duration (2) – constitute miracles. So does, for example, Jesus' resurrection of Lazarus (3), or the water-into-wine miracle at Cana (4). An argument is sometimes made that people who do not agree with YEC or a global flood therefore must disbelieve miracles generally. Or, if we are asked to give up belief in any particular miracle (or favored explanation of some miracle), we are thus constrained to abandon all belief in miracles. But, in the cases of (1) and (2), the Bible provides some description of mechanism. Not so for (3) and (4). And mechanism can be investigated. In the cases of (1) and (2) science declares there is substantial evidence contra the historically approved biblical interpretations. There is nothing comparable to investigate for (3) and (4). Those are “pure” miracles in the sense that no information about process is provided. Consequently it is, at minimum, inappropriate to label people who do not accept the classic understanding of (1) and (2) – as miracle skeptics, generally. It could, instead, be possible that the classical understanding needs re-interpretation. But, if one can be allowed to label the questioner as doubting all miracles, then his/her standing in the dialog is undermined. Likewise, if all miracles are undifferentiated, then giving up (1), (2), or any other miracle or favored explanation, would necessitate giving up central parts of the Christian story – like Jesus' resurrection – as it is miraculous. Since such “gutting” of Christianity is obviously unacceptable, making the move that all miracles are undifferentiatable means that every miracle (even its preferred explanatory form) seemingly has to be retained – or the entire edifice of belief will fall. This can conveniently “teflon coat” one's preferred (and perhaps deeply-invested) current understandings – deflecting any investigation into alternative explanations.

Equivocation occurs when the arguer makes a word or phrase employed in two (or more) different senses appear to have the same meaning throughout. This has occurred in arguments used to demonstrate why the Bible condemns homosexuality. All the Bible verses addressing behavior that would be categorized as homosexuality are strongly condemnatory. From this, the implication is made that everything we moderns include under the term “homosexuality” is therefore condemned by the Bible. Even though the Bible does not address, for example, the concept of a committed, monogamous, lifelong homosexual relationship – directly analogous to heterosexual marriage. The Bible is silent regarding this sub-set of the full-range of what is covered today by the word “homosexuality”. But this is not considered significant for the traditional viewpoint.

The question is whether what the Bible prohibits, via those texts, should legitimately extend to include everything we moderns understand by the term. For the traditional view, there are no exceptions, and extension from what is said, to everything the term now covers, is correct exegesis. In doing this, the traditional position has made an interpretive decision to extend the prohibition from what is explicitly condemned to that which is not explicitly discussed but now is classified under the definition of the word homosexuality, generally. But why is this justifiable? Are the behaviors condemned in the Bible anything like lifetime monogamy? No. But the word “homosexuality” is used in all contexts.

From a recent web comment after an article about the problems with YEC:

“I need no “proof” that the flood changed a lot on earth’s surface. When young, I lived in an area of the United States that experienced flooding nearly every year, and I could see with my eyes the changes a flood makes in the earth’s surface. If man did not come behind and reform things into how he wants them to be, the changes made by the water would be permanent, at least until the next flood. So there is no question in my mind that God’s Word is true that a world-wide flood would bring catastrophic changes to the earth.”

This person thinks that his limited personal experience is sufficient to reach a valid conclusion – irrespective of any science to the contrary. I suspect that the hidden argument behind this one is what I have labeled above as the “Generic Mistake,” but accepting a sweeping conclusion about anything because of what “my eyes” can see – should be almost transparently problematic. It begs the possibility that my ignorance might cause me to make a mistake. We are not omniscient.

Assuming What Needs to be Proved

Also known as a Circular Argument, continuing in the same comment quoted above, I read:

"Perhaps the writer should let go and let God and quit trying to offer proof of the flood account, just simply rejoice that it left him such beauties and wonders to behold."

Here the admonition is to just stop inquiry and assume that the conclusion (YEC) is true. Now, this idea of “let go and let God” is sometimes employed to recognize human limitation or help an individual realize the need of God's assistance and stop trying to “do religion” independently of God. That is fine. But here it is employed to suggest that investigation should stop. How would a staunch Adventist react if, for example, a Catholic priest were to argue the following:

“Perhaps the writer should let go and let God and quit trying to offer proof of Sunday sacredness, just simply rejoice that the early church adopted this day in honor of the resurrection.”

As my examples in this essay are (I claim) poor arguments, and they have been used to defend conservative or traditional positions, it's tempting to charge that I have a hidden agenda – trying to discredit such positions. I doubt any denials on my part would be persuasive for those deeply positioned. It may be that conservative Christians, as a class, have more people on average who produce bad arguments – I do not know. Perhaps I just have not encountered enough equally superficial thinking by liberals or atheists.

But my bottom line here is to uncover any problematic argument – on quality grounds alone, no matter what position it tries to serve. When on a truth-journey, a person cannot use the ends to justify the means – where “means,” in this case, is using whatever argument seems to be persuasive to one's self and one's audience, irrespective of validity. It would seem obvious that God is not honored by this, even in service of the truth. Consequently, one would think that an essay like this would be uncontroversial, except if the reader felt I had misstated one of the above argument--examples as bad, when it was actually good. That would be a legitimate push-back and fruitful for follow-on conversation. But I wonder if some readers will instead be irritated merely because my examinations seem to be against arguments they personally employ or approve of.