How Shall We Wait?

How Shall We Wait? 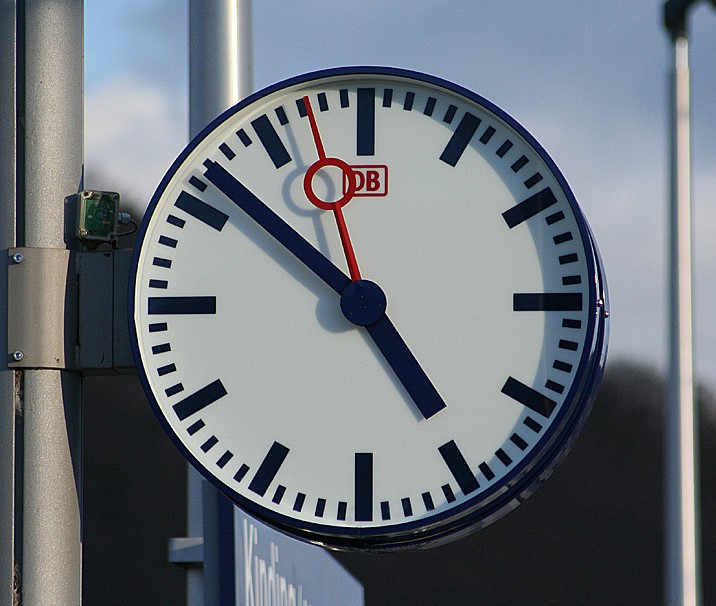 Throughout history there have been those who have set dates for the Second Coming of Christ, most notably among Adventism is October 22, 1844. When one googles the phrase “date setters” on the Internet, one encounters numerous references to such predictions. One website alone lists over 200 instances dating from 44 A.D. through 2047 A.D. As human beings, we tend to yield to the temptation of jumping ahead of God.

The second striking truth in this passage is the focus on “occupy” (Matthew 24: 46, 48) while waiting. It is not a matter of folding one’s arms and waiting; it is a matter of being engaged in the Lord’s will while waiting.

Jesus shares three parables: 1) the good man (Matthew 24:43) who is robbed by a thief breaking into his house; 2) the parable of the ten virgins (Matthew 25:1-13) who are waiting for the bridegroom to appear, and 3) the man traveling into a far country (Matthew 25:14-30) who gave his servants talents which they were to invest in his absence. In each of these parables, the individuals were to be vigilant and/or productive. The good man, if he had known what time the thief was going to break in, would have been awake to stop him. If the five virgins had known how long it would take for the bride and bridegroom to come would have brought extra oil. If the servant with one talent had been faithful to what he knew about his lord, he would have been faithful to the expectations.

Matthew 25:31-46 explains that there is a day of reckoning, with respect to each individual having “occupied” until the Lord comes. There are specific things that we can be doing while “waiting" for the Lord’s coming, in meeting physical and mental needs, as in providing nutrition and drink, hospitality, raiment, medical attention, and visitation to those around us, as we encounter them. Explicitly, there will be a separation of those who have exemplified Christ’s character in contrast to those who have not, as in, those who will be saved versus those who are lost as explained in Matthew 25:34: “…Come, ye blessed of my Father, inherit the kingdom prepared for you from the foundation of the world….” On the other hand, those who ignore their responsibilities in doing God’s bidding will face the day of judgment: “…Depart from me, ye cursed, into everlasting fire, prepared for the devil and his angels” (Matthew 25:41). The final verse of Matthew 25 summarizes the outcome of our deeds: “And these shall go away into everlasting punishment: but the righteous into life eternal” (Verse 46).

The indwelling of the Holy Spirit draws Christians into association with God’s will and prepares them for the coming of the Lord, whenever it might be. Doing God’s will prepares us to reside in heaven, along with those to whom we have witnessed, whether consciously or unconsciously.

May we be faithful and willing stewards of what God’s will is for us. May each one be willing to adhere to what God has outlined in His Word. May we be prepared light bearers to God’s truth as delineated in the Scriptures. May God grant us the strength and courage to stand for truth, even when being challenged by those who wish to either ignore or alter God’s admonition and instruction to each one.  God is our Creator and Redeemer; therefore, He knows us better than even we ourselves! May each one be described as the Bereans: “These were more noble than those in Thessalonica, in that they received the word with all readiness of mind, and searched the scriptures daily, whether those things were so” (Acts 17:11). Revelation 3:20 says, “Behold, I stand at the door, and knock: if any man hear my voice, and open the door, I will come in to him, and will sup with him, and he with me.” Let us each one commit to letting Him be our Guide! Let us each open our minds and hearts to God’s calling! Let us avoid allowing ourselves to be distracted by non-Biblical ideologies and led on pathways that will draw our minds and hearts away from God’s intended ways for His children. May we each day prepare for His coming and lead others to do the same. Let us be a positive and representative member of our community. May those who are alive when Christ appears in the clouds be found faithful when He appears to redeem His children.

Dr. Adrienne J. Royo is a professor in Spanish at Southern Adventist University, Collegedale, TN, in the Department of Modern Languages. She also teaches courses for Modern Languages for the School of Education and Psychology.