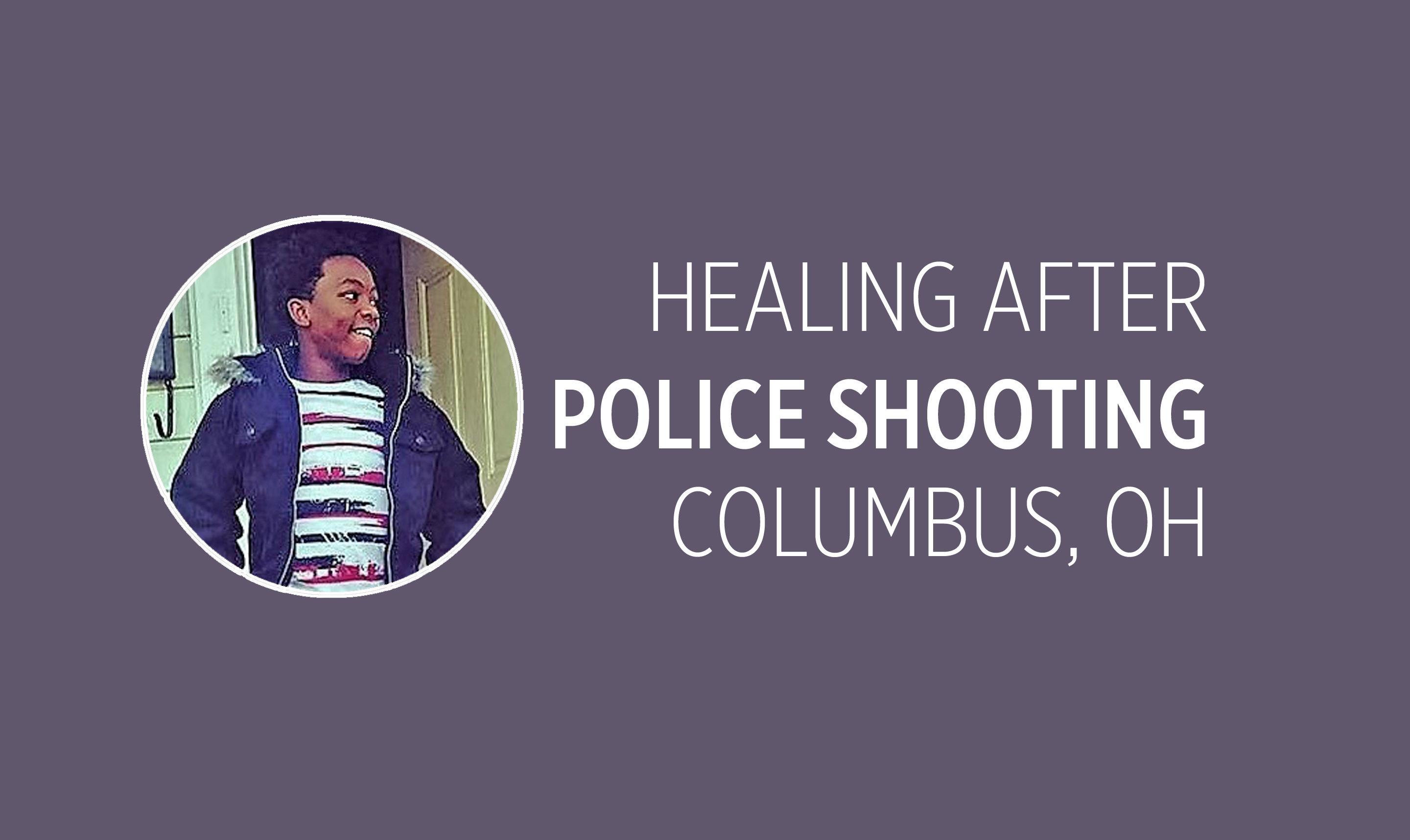 Ohio Adventist Pastor Begins Healing Community Distrust after Police Shooting. John T. Boston II, pastor at the Central Seventh-day Adventist Church, helped organize a service to allow community members an opportunity to share their thoughts and feelings after a Columbus, Ohio, police officer shot and killed 13-year-old Tyre King. King was killed just outside the church. Boston spoke to the several hundred people at his church. “It’s devastating,” he said. The community conversation was preceded by a march through the Olde Towne East neighborhood where King died. Boston led the procession as passers-by slowly joined behind percussionists of the Central Crusaders Pathfinders. Zawadi Yaashantawa, a member of the Far South Area Commission, said the presence of city officials and police signaled to her that they care. “This was a positive first step in creating a dialogue between the community and the police department,” she said. “I think it had a great impact.” From The Columbus Dispatch, “Community, city officials talk about death of Tyre King.”

Indiana Member Recalls Volunteering at 9/11 Pentagon Clean Up. Lafayette, Indiana, resident Daniel Gonzalez helped clean Pentagon after 9/11. At that time, his wife, Tirsa Gonzalez, was the principal of a Seventh-day Adventist Church elementary school near New York City. The father of one of the students owned a ServiceMaster cleaning franchise. He asked Gonzalez if he would help the company with cleaning the attack sites. Gonzalez agreed to go to Washington D.C. with ServiceMaster to help manage a team cleaning up the Pentagon. The team worked 10 hours each day, includong transportation and the regular performance of intensive security procedures. Gonzalez worked at the site for two and a half months until the U.S. government secured long-term contracts for cleaning services.  "It was a great feeling that you were doing something good in a time of tragedy," Daniel said. "I was placed in a place where I could be of service.” From Lafayette Journal & Courier, “Lafayette resident helped clean Pentagon after 9/11.”

California Church Members Complete Eighth Honduras Mission Trip. Members of Calimesa Seventh-day Adventist Church in California made their eighth trip to serve the people of Roatan, an island off the east coast of Honduras. The island towns of Diamond Rock and Camp Bay still have limited access to medical and dental services or modern conveniences. The 2016 team of 27 included students, LLU faculty, and Calimesa church members under the leadership of Pastor Pablo Ariza. The group made improvements at the Camp Bay Elementary School, installing 60 feet of new fence with a new gate, providing new rope for the school’s flag pole, painting school benches and desks, and repairing a water faucet. The team brought over 165 water  bottles to distribute, giving each Camp Bay student a new bottle, donated by the Calimesa Vacation Bible School attendees. From News Mirror, “Calimesa SDA members complete a mission trip to Roatan.”

Australian Foundation Director Featured for Increasing Hospital Funding. Barbara Ward, Managing Director of the San Foundation for the past five years, is featured in an article noting her hard work which has changed the organization's approach to fundraising both at Board level and at Adventist HealthCare. As a part of the South Pacific Division of the Seventh-day Adventist Church, the San was very reticent in its approach to fundraising. So aside from making the Hospital more aware of fundraising avenues and different approaches that would fit in with its overall philosophy, Ward worked to ensure the strategic alignment of the Hospital and the Foundation could enable the development of joint projects and initiatives. Ward raised funds for a project that is now near completion. From Fundraising & Philanthropy Magazine, “Fundraising movers and shakers: who’s hot in 2016?”