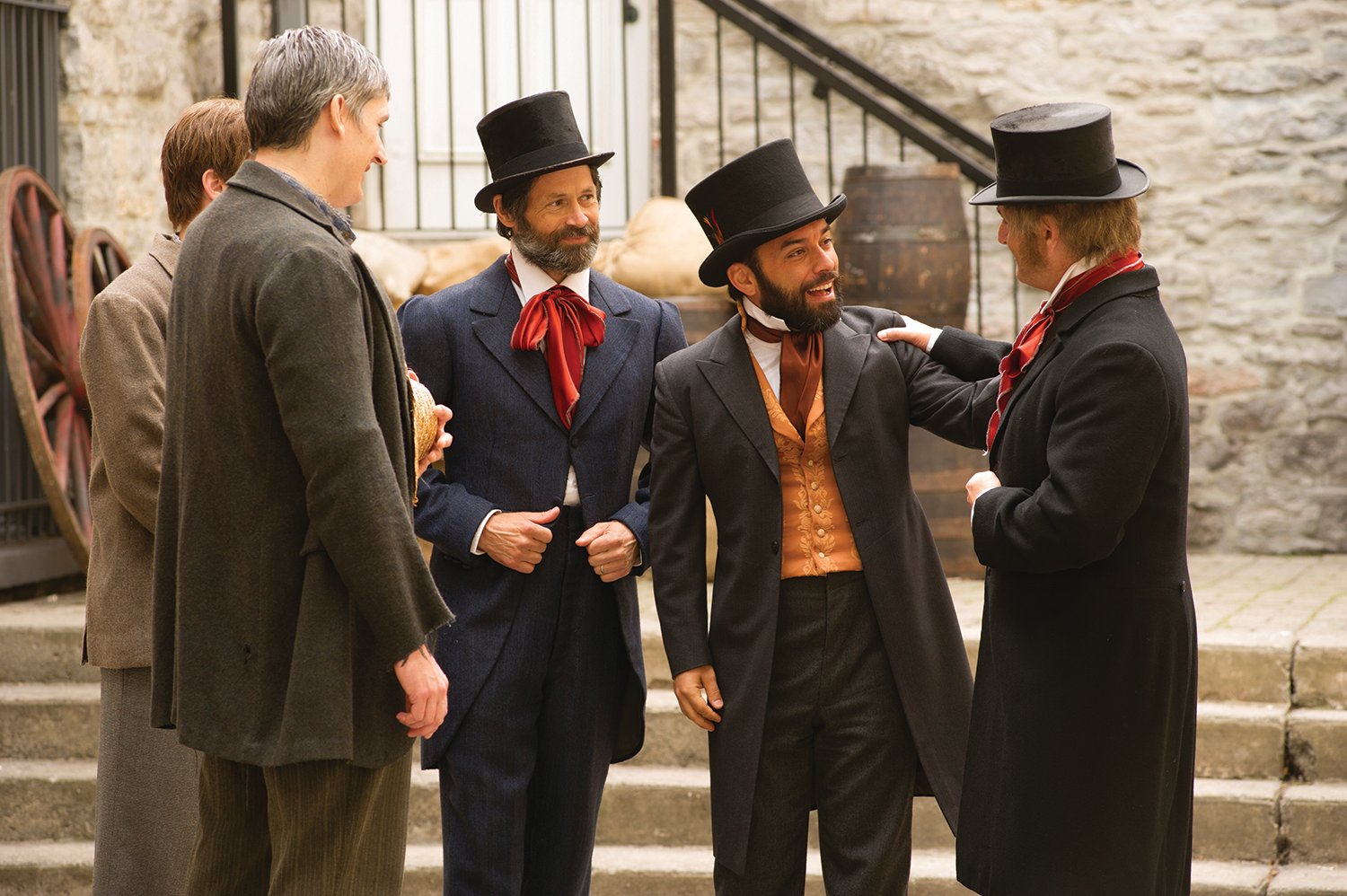 Tell the World is an ambitious film that represents a step forward for a Seventh-day Adventist production, breaking out from the traditional “talking heads” documentary.

It’s a difficult film to label because it looks like a movie—through imagined reconstructions of characters and conversations—but acts like a documentary—whose primary role seems to be conveying information. In effect, it’s a “moviementary”: a dramatised history of the origins and the foundation of the Seventh-day Adventist Church. It represents progress in an Adventist understanding of how visual media works best: as a communicator of attitudes, emotions, and values rather than of information.

Tell the World begins with the origins of the Millerite movement in the 1830s, with William Miller as the central character. It switches about halfway through to Ellen White as the Millerites gradually organise into the Adventist Church with distinctive doctrines and emphases such as the Sabbath, the health message, and education. The film attempts to explain the key theological and religious ideas that drove the church’s pioneers while fleshing out the founders of Adventism so that they come across as real people.

The cinematic step forward is in dramatising the facts with the intention of making denominational history more appealing and memorable. The film does this well. It looks professional—quality sets, locations, and costumes contribute to the high production values. The professional actors are almost uniformly good, creating believable characters and credible emotions. The cinematography is excellent, and the directing assured. One shot stands out: White standing on a snow-covered ridge in mourning, following the death of her eldest son, Henry. The framing is exquisite, and the tone speaks more eloquently of sorrow than does copious screen weeping. The actress who plays White, Tommie-Amber Pirie, handles her role with aplomb, as convincing with her vision scenes as with the emotionally-charged scenes of the loss of two of her sons.

However, the film is overweighed with history. The screenwriter, Aaron Hartzler, struggles to include the many theological issues of the era, particularly the now-obscure ones of the Millerite movement, while trying to keep the film from bogging down with exposition at the expense of narrative.

The medium of film is ill-suited to explaining complex ideas such as the sanctuary doctrine. It’s more effective in humanising characters such as White and the church’s other pioneers, which Tell the World partially accomplishes. To see the interactions of the principal characters, particularly their disagreements and arguments, and the subtle touches, such as the critics of Adventism meeting in a tavern, is one of the most persuasive features of the film.

Rightly handled, Tell the World is an ideal educational tool rather than a stand-alone cinematic text. Its imposing length and density of historical detail suggest it’s best presented not at a single screening but episodically, with time to discuss and unpack the story with the assistance of additional textual information. While the film struggles to communicate an excess of Adventist apologetics and history, the church should be congratulated for its increasingly assured and effective use of visual media.

Historical movies capture viewers who ordinarily won’t read a book. The movies often act as catalysts for viewers to do their own research. Perhaps the church’s next move should be to produce a miniseries, allowing the full development of characters as inspiration for audiences to seek historical detail, which is best presented in print rather than on screen.

Daniel Reynaud is Assistant Dean (Learning and Teaching) in the Faculty of Arts, Nursing, and Theology at Avondale College of Higher Education. He lectures in modern history and the intersection of history, literature, and media. His interest lies in the Anzac legend and its representation in early Australian films. He has worked with the National Film and Sound Archive in the recovery and partial reconstruction of several silent films, including The Hero of the Dardanelles(1915), Australia’s first Gallipoli movie.