Insights from an Adventist Communicator 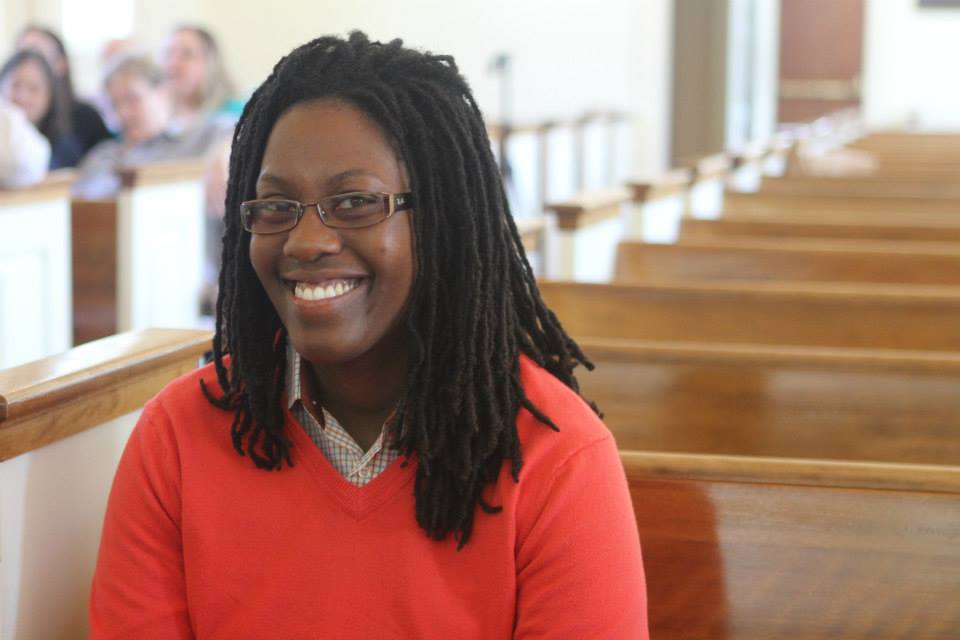 Keisha McKenzie, writer and consultant, previews her talk for the Adventist Forum conference, called "The Violence of Silence." She also shares book recommendations, talks about black conferences, and explains why our church's teaching on wholeness should be taken more seriously.

Question: You are one of the featured speakers at the Adventist Forum conference, coming up this weekend, with a theme of “Non-Violence and the Atonement.” What will you be talking about?

Answer: On Sunday morning, I’m speaking under the title “The Violence of Silence.” I’m equal parts fascinated and horrified by how traditional teachings about atonement seem to be predicated on the silence or continued suffering of various groups of people. We seem to expect people to wait for future justice while we teach them their suffering in the meantime is either necessary or sacred in some way.

That disturbs me, and I hope that by the time all the speakers are done next weekend, attendees will be just as bothered about it!

Do you feel that the Adventist church's teaching on atonement has its focus in the right place? Should we be moving past this concept, which feels very Old Testament, or maybe outdated?

I don’t like to dissociate Christianity from the Hebrew scriptures it draws from. After all, these were the same scriptures that Jesus and that first generation of followers used. But I think that after 2,000 years of debates about what it means to put the world right, which metaphors to use, how to parse certain Bible verses, and how to weight faith and works or justification and sanctification, we could probably do with a time out!

“For God so loved the world” is one of the hub verses of the Christian gospels, and I wonder whether we’ve paid enough attention to “the world” in that phrase. The conventional Adventist understanding of “atonement” can be both ethnocentric and egocentric: focusing on the denomination’s role in this phase in human history

or on me and my personal salvation. What could The World Restored teach us about the way we get to live together on this planet today? What could it teach us about our ecological responsibilities? How might it challenge our addictions to domination, bigotry, and waste?

I don’t think we need to jettison any of these big themes, but we could certainly handle them and each other in more humane ways. That’s where the principles of nonviolence and nonviolent communication could be useful.

As a 30-something Adventist, what does the Adventist church offer you? What do you appreciate about it?

I grew up attending and participating in Adventist congregations in London and was baptized at 13. As well as being like an extended family, my home church encouraged me to study, serve, and learn leadership skills that have been a real lifelong advantage, and I’m grateful for that. (I keep threatening to write a series of articles about seven of the things I value most about the Adventist tradition, things that I’d keep regardless of my membership status, but I haven’t done it yet.)

I’m a third-generation Adventist community member. Thanks to slavery and colonialism I have no access to our family’s spiritual heritage before this church, so I’m walking the path I’m on and serving as I can. The denomination doesn’t circumscribe my spirituality, but the tradition will probably always shape me in some way. I’m okay with that.

What do you wish the church would do better?

I wish we took more seriously the Adventist teaching on the unity of human nature. Whether we’ve pitted spirit against body, reason against emotion, male against female, humanity against nature, empire against colonized, or straight against LGBTQ, our dualism hasn’t done us many favors, and I’d love to see more intentional integration in our theology and practice. A lot of people are suffering because they’ve been asked to fragment themselves in some fundamental way. We should be the last church asking people to do that.

How do you see the Adventist church changing in the next decade?

Outside of North America and Europe, the church is a much younger church than it is here. But within the North American Division, I know administrators are concerned about retention, and for good reason. I’ve been participating in NAD churches for about 12 years now and am hopeful that the fulcrum of influence will shift from the church administration to the local congregation where people connect with each other, learn from each other, and actively serve their neighbors and communities. Some of us spend a lot of energy trying to discuss and propose issues in terms and at a pace that the organizational structure understands — but I’m not sure that’s been very fruitful.

When moderates set the pace of change, the pace is glacial, and not everybody can endure that. So I know quite a few people who are exhausted by “the church” but still long for some form of community, support, and accountability in local relationships. Whatever the formal church structure does, people still need people. (I think that’s my pastoral side talking.)

Why do you think the Adventist church still has some segregated conferences in North America? Do you feel that the church is a different place for a black person than a white person?

I wrote about the NAD’s regional conference system in my college Christian Ethics class. While Adventism has always had issues with prejudice, the structural fissure goes back to the 1940s. The proposal began with the death of a black woman in an white Adventist hospital; I think it’s done deep damage to our moral witness as a community, and the administration keeps “studying” it. Most of us realize that the church should not be structurally divided on ethnic lines, and it’s a testimony against us that we still are.

At the same time, having separate conferences has allowed more non-white ministers to lead and serve over the last 70 years than the white-dominant church would have otherwise made room for. U. S. churches have developed congregations, schools, and ministries that have taken our different cultural contexts into account, and I can’t see how that would have happened in the 20th century given the church’s fear of taking a clear and moral stand against racism or segregation. None of us is a generic human being. We’re all raced, not just black people; all gendered, not just women; all planted in cultures that influence how we perceive the world and how we express our faith. So our communities reflect that. But segregation goes well beyond the facts of difference.

I now attend a multi-ethnic congregation — not a majority black congregation — and, yes, there are substantive differences between regional conference churches and state conference churches. When my local church and some of its sister churches gathered around the MLK Memorial this summer, there were so few representatives of local state churches present. It was a stark illustration of the fact that we don’t all walk in this world in the same way. People’s hearts were broken over racism and social violence, so they rallied to pray together and mourn together and talk about what our next steps might be. But for most of the area’s churches, it was just another Saturday afternoon. If this is what being one means, we’re doing it badly.

You graduated from Northern Caribbean University, then earned your Master's and Ph.D in technical communication and rhetoric from Texas Tech University. What did you write about for your thesis? How does your research tie in with the work you are doing now?

Yes, I graduated from Texas Tech in 2012. My doctoral research focused on how institutional structure, professions’ and disciplinary values, and individual motivations influence organizational texts and arguments. I looked at the materials the British government used to make their public case for war in Iraq, including how they handled secret intelligence and technical reports, and while I was studying that context, I couldn’t help but look at our own church as a system and the ways that administrators communicate with the laity and the public.

Technical communication is about informing; rhetoric is about the delivery of arguments and attempts to persuade. I’m on staff at a small congregation, and church life involves both informing and persuasion! But beyond the routines of congregational communications, understanding Adventism as a system with its own cultures has probably made me more patient with it. If I didn’t have a way of interpreting it as an organization, several of its recent policy decisions would not have made sense to me.

What book that you have read over the last year would you most highly recommend?

I read Kelly Brown Douglas’ book Sexuality and the Black Church last summer, and it was really rewarding. Brown Douglas is a professor of religion at Goucher College in Baltimore, and her book cuts through the fog on Christian teachings about the body, sex, gender, and the legacies of religiously justified slavery and racism in the United States. Alcohol companies always say “drink responsibly!” Well, I think Christians have every historical reason to practice faith more responsibly. That includes how we engage one another on matters related to the body.

Is there a book that you believe every Adventist should read?

That’s a hard question! I think we could all benefit from a little perspective on our tradition, so reading Bull and Lockhart’s Seeking a Sanctuary or the new Oxford collection on Ellen White, Ellen Harmon White: American Prophet, could do us good. We need our historians and sociologists to help us tell the truth about ourselves.

But I wonder if we also need something like Miroslav Volf’s Free of Charge: Giving and Forgiving in a Culture Stripped of Grace. It caught me at the right time, deepening my view of God and expanding how I practice grace in my relationships and teach it to others. I should probably read it again if I’m going to keep recommending it to people! M. Scott Peck’s A Different Drum, a book on community-building, is also on my all-time top ten.

What is your favorite verse or chapter in the Bible?

I’m a big fan of John 10:10: “I have come that they may have life.” And the phrase “all things” running through Colossians 1 has gripped me ever since I first read it. Colossians insists on the restoration of all things, and that’s the kernel of atonement for me, whatever else we have to say about it.

Keisha McKenzie does communications, development, and board-level strategy consulting through her McKenzie Consulting Group. She works part-time as communications coordinator at Unity of Gaithersburg, Maryland, a small Christian community. She volunteers at her local Adventist church as the webmaster and is part of a small group team there.