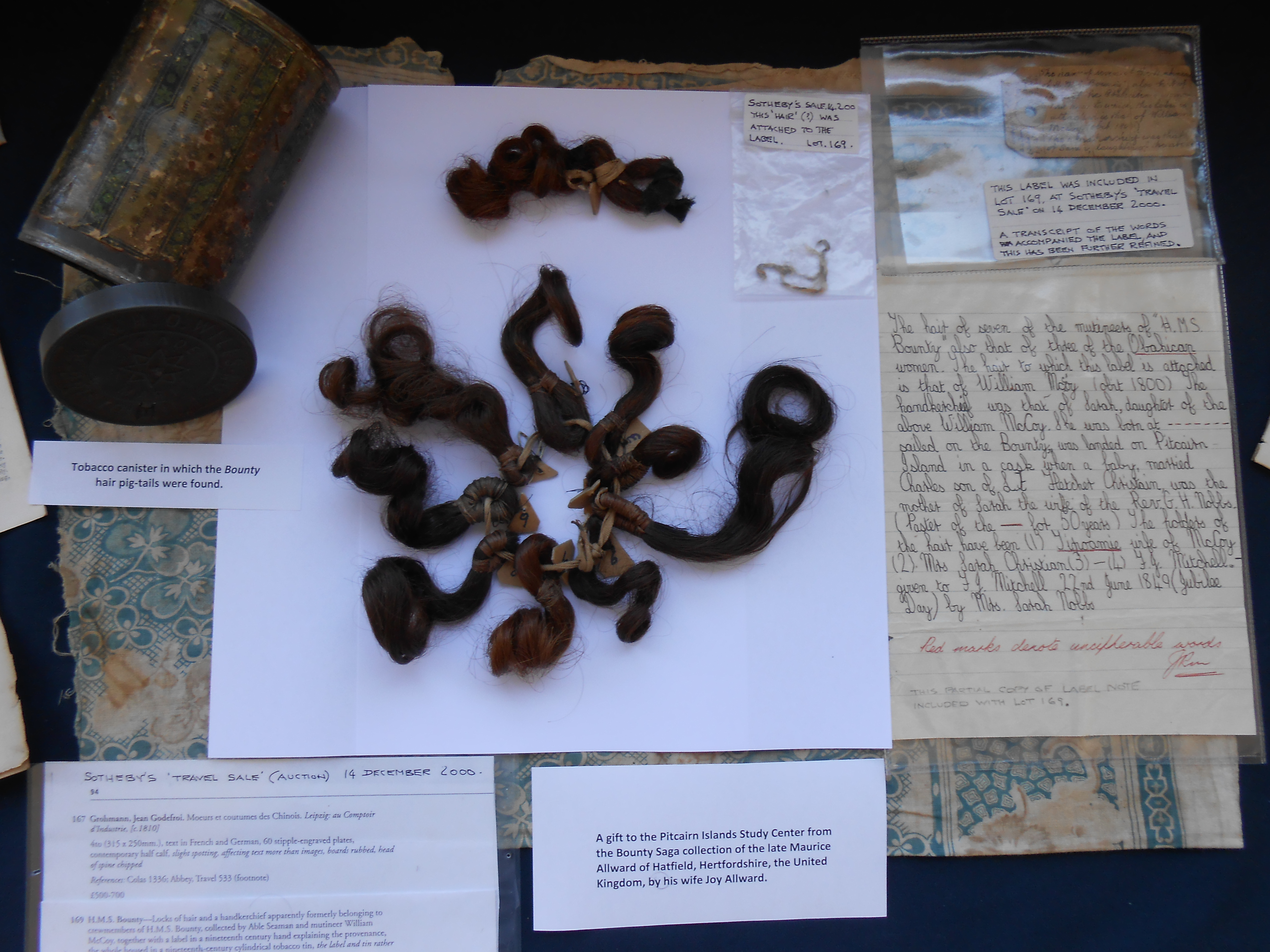 Pacific Union College’s (PUC) Pitcairn Islands Study Center in Angwin, California, in a collaboration with King’s College London, will study a collection of locks of hair believed to belong to legendary “Mutiny on the Bounty” sailors.

In 1789, British naval ship, H.M.S. Bounty, was taken over by Lieutenant Fletcher Christian and his fellow mutineers in the Pacific Ocean as the ship journeyed from Tahiti to supply British plantation owners on the islands of the West Indies with breadfruit seedlings. Together they set Captain William Bligh and his loyal crew members afloat in a small boat, seizing Bounty. Christian and the other mutineers eventually dispersed throughout Tahiti and on the Pitcairn Islands.

The story is one for the history books, made famous by numerous films and books. Now, a new piece of the story is making international headlines.

Ten pigtails of hair that belong to the Pitcairn Islands Study Center are now being prepared for DNA testing. It is suspected that the hair belongs to seven of the Bounty mutineers and possibly three Polynesian females. In sharing the hair with Dr. Denise Syndercombe-Court and her associates in the forensic genetics department of King's College London, the study center is hopeful to prove the pigtails’ authenticity.

The hair was successfully bid for at an auction in England in 2000 by late Maurice Allward. They were kept in a 19th -century cylindrical tobacco tin, along with a handkerchief believed to belong to the daughter of one of the mutineers. Allward’s wife, Joy Allward, gave the collection to the Pitcairn Islands Study Center as a gift in 2013, along with the rest of Maurice's large Bounty/Pitcairn collection. After several months of sorting through the collection and relocating the study center to a larger facility, Pitcairn Islands Study Center and King's College London are now ready to begin testing the hair.

“If the tests and genealogical studies of this hair authenticates that it is of seven of the nine mutineers who hid out from British justice on Pitcairn in 1790, it will be the only tangible evidence of their having existed,” said Herbert Ford, director of Pitcairn Island Study Center.  “There is only one known mutineer grave on Pitcairn, that of John Adams. Of the whereabouts of the remains of the eight others we can only speculate.”

PUC’s Pitcairn Islands Study Center was established in 1977. It serves as a museum and research facility, rich in history and information. .

The new developments in the historical tale are further covered in The Napa Valley Register and Daily News. For more information on Pitcairn Islands Study Center, visit pitcairnstudycenter.org.

Note: The story has been updated to clarify the timeline of events leading up to the present opportunity to test the hair and edited to correct any orignially misleading statements.