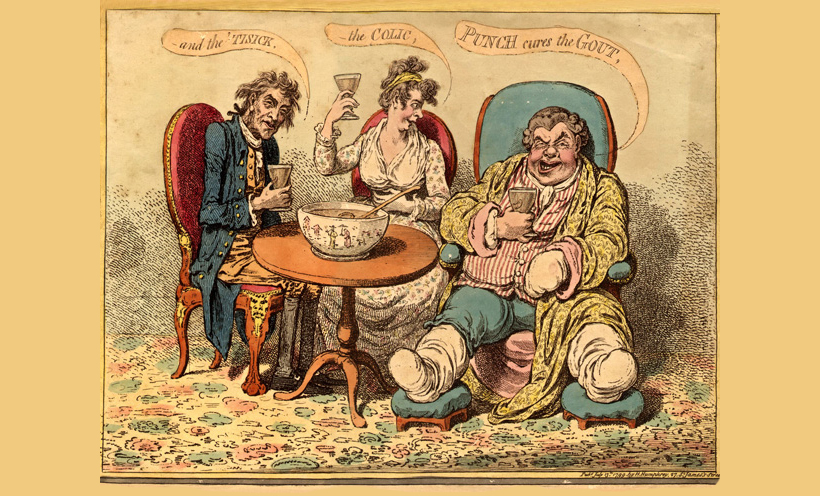 New diseases. Strange weather. Abroad, shifting alliances, dwindling possessions, and terrifying new enemies. At home, a dangerously fragmented population, some embracing new ideas spread via cutting-edge technology, others suspicious and alienated. The economy is destabilized by government intrusions. Support for primary as well as higher education falls precipitously. Previously straightforward markets are newly monetized, widening the gap between rich and poor. A constitutional transition of power devolves into a tug-of-war: while the elite fight to protect their power, a populist demagogue cultivates his influence by signaling to the angry and dispossessed that their grievances will finally be heard. And true believers are certain that an ancient book offers simple answers to entrenched societal problems.

The 21st century? The current presidential election cycle? No, late 1540s and early 1550s—the years after Henry VIII of England died, leaving his 9-year-old son Edward on the throne.

As an associate professor of English at Penn State Lehigh Valley, I read old books and teach writing to first-year college students. I’m not a social commentator. Nevertheless, it’s been a vertiginous experience, spending the early months of 2016 reading sermons preached during the reign of King Edward VI.  The preachers’ complaints seem so familiar, the recommended solution so alien.

International cooperation may yet address climate change and contain the spread of Zika, but it’s hard to see how 16th century Europeans could have avoided bad harvests and sweating sickness.  Alarmed as some may say they are at the prospect of a President Trump, few are nostalgic for a political system in which a constitutionally-designated office-holder like the arrogant and overbearing populist Edward Seymour, the king’s uncle, might be executed as a felon by his fellow-councilors.

But some self-inflicted wounds to the mid-Tudor body politic seem eerily relevant. Late in Henry’s reign, king and council seized church wealth in the form of monastic holdings. Edward’s council completed the job of abolishing chantries (private endowments funding masses for souls in purgatory). Nuns and monks were pensioned off, while priests were assigned work in the parishes. The King’s Supreme Headship of the English church provided a legal justification for the massive redistribution of resources; the denial of purgatory offered an ideological one.  Designated by law for education and other social goods, some of the revenue had funded Henry’s failed effort to reestablish Plantagenet dominance in France. In both Henry’s and Edward’s reigns, much church wealth flowed into private purses: agricultural lands—and their tenants’ rents—enriched new landlords (imagine a fictional Tudor ancestor for the fictional Robert Crawley). Monastery buildings (like the fictional Downton’s original abbey) were available for purchase by groups or individuals, who often dismantled or even burned the largest structures to recover lead roofs and building stone.

[Where] fifty tun-bellied Monks (a tun is a large barrel for ale or wine) given to gluttony filled their paunches, kept up their house and relieved [the poor] round about them, there one of your greedy-guts, devouring the whole house and making great pillage throughout the country, cannot be satisfied.1

Universities suffered as well: most students and professors had been supported by monastic endowments.  Large numbers went home; the remaining few reportedly subsisted on salt beef and oatmeal porridge, and “being without fire … run up and down half an hour to get a heat on their feet when they go to bed.”2 The now-dissolved monasteries and chantries had also provided primary education to rural children. Without replacement arrangements being made, warned another preacher, such schools’ disappearance “will bring the Realm into a very barbarousness.”3

In the absence of tun-bellied monks, different beasts are starved in 21st century America.  Contractors assure small municipalities that certain government functions can be made to pay for themselves. Health-care chains buy up small hospitals and nursing homes. For-profit educational chains recruit public school children as well as adults seeking academic degrees and vocational training.  Fines for traffic and parking violations; Medicaid, Medicare, and private insurance payments; local property tax revenue and federally guaranteed student loan dollars now flow to private corporations.  Now as then, we need not defend the gluttony, laziness, or ideology of tun-bellied bureaucrats to recognize that at least some of the citizens, patients, and students formerly served by “inefficient” systems of law enforcement, medical care, or public education are worse off when corporations profit from the work of the teachers, nurses and doctors, and security and clerical personnel employed to interact with them.

In Edward’s reign, the dissolution of monasteries and chantries was not the only economic change.  A lucrative market in wool exports motivated landowners to diversify into sheep farming, fencing off portions of their holdings previously shared among their tenants as common pastureland. “Enclosure” forced tenant farmers to repurpose cropland or feed grain to livestock that had previously grazed for free. New “leasemongers” intruded between the lord of the manor and his tenants, raising rents, while speculators and wholesalers, “regrators … of corn, victuals, and of all manner of wares” inserted themselves into the supply chain between the farmer and the merchant, reducing payments to growers while raising market prices, making “dearth and scarcity” for working people.4

One preacher, the 62-year-old Hugh Latimer, outlined the real-life consequences of agricultural depression to a congregation that included the 11-year-old king and wealthy aristocrats on his council (imagine a public cabinet meeting doubling as a revival service):  “My father was a yeoman, and had no lands of his own, only he had a farm of three or four pounds by year at the utmost,” the preacher recalled.  As a boy, Latimer had helped his father buckle on his armor before the elder Latimer rode his own horse (and provided his own military equipment) to the muster as a volunteer against rebels in 1497. “He kept me to school,” first at the local grammar school and then at Cambridge University where Latimer won a fellowship, “or else I had not been able to have preached before the king’s majesty now.” The elder Latimer helped his six daughters get their adult start in life by providing marriage portions of “five pounds, or twenty nobles apiece, so that he brought them up in … fear of God. He kept hospitality for his poor neighbors. And some alms he gave to the poor, and all this did he of the said farm.”  In the good old days, around the turn of the 16th century, a tenant farmer could make a decent living, provide for his family and contribute to the good of his community and the nation.

By contrast, says Latimer, the same farm’s current tenant “pays sixteen pound by year or more, and is not able to do anything for his prince, for himself, nor for his children, or give a cup of drink to the poor. Thus all the enhancing & rearing [raising of agricultural rents] goeth to your private commodity & wealth”5--that is, into the pockets of powerful aristocrats.

Today’s observers would speak of wages stagnating or even falling (as wages must, if profits for corporate shareholders are to show a healthy return on investment) while living expenses rise. Many of today’s unskilled wage-earners work two or three low-paying jobs to stave off eviction or foreclosure, leaving them with too little time or energy to bond with and guide their children. We hear warnings that daughters of the poor will become single mothers; sons will run afoul of the law rather than going to college. Latimer made the same dark prophecy to his country’s leaders 467 years ago:  “For if ye bring it to pass, that the yeomanry be not able to put their sons to school … and that they be not able to marry their daughters to the avoiding of whoredom, I say ye … utterly destroy the realm.”6

Disruption of long-established systems to educate the young and deliver social services. New ways to monetize other people’s work. High prices, low wages, shuttered schools, families turned out of homes, and beggars accosting solid citizens on the streets. Court preachers like Thomas Lever, Hugh Latimer, and Bernard Gilpin assigned the blame to covetousness, the sin of desiring for oneself what belongs to someone else and God has seen fit to withhold. Covetousness was forbidden by the Tenth Commandment and identified as the “root of all evil” in the New Testament. This sin explained everyone’s bad behavior, from the “carnal gospellers” who embraced the new religion and enriched themselves through confiscated monastic property, to the leasemongers and regrators, to the small farmers who violated public order by tearing down the fences enclosing pastures where their cattle used to graze.

And what, according to the preachers, was the opposite of covetousness, the cure for the social damage it wreaked? “[C]ovetousness hath banished from amongst us Christian charity,” lamented Bernard Gilpin early in 1553.  (King Edward, perhaps already sick with his final illness, missed this sermon preached at Whitehall Palace.) “Charity” is familiar to us, especially as we itemize deductions before filing our tax returns, but Gilpin meant more than giving to organizations that help the poor: “we have forgotten Christ’s last [words], when he so often before his passion did inculcate love: love, love, love one another.”7

Though I very seldom miss church, I cannot recall ever hearing a sermon denouncing covetousness, and only a few exalting love—love for the people I interact with, live among in the Lehigh Valley, or hear about on the news—as a motive for socially productive activity. In 2016, professors of marketing and of communication design teach future advertisers how consumer desire can be created. Cities like Allentown and universities like mine collaborate on “business incubators” for entrepreneurs who develop new services or new objects of desire for consumers. Covetousness, or something closely resembling it, is an important engine of our mostly-capitalist consumer-driven economy.  How might love, or something closely resembling it, extend that economy’s benefits to more of our fellow citizens while shielding the vulnerable from some of its cruelest excesses?