Summer Reading Group: “Religions and the Challenge of Globalization”

Summer Reading Group: “Religions and the Challenge of Globalization” 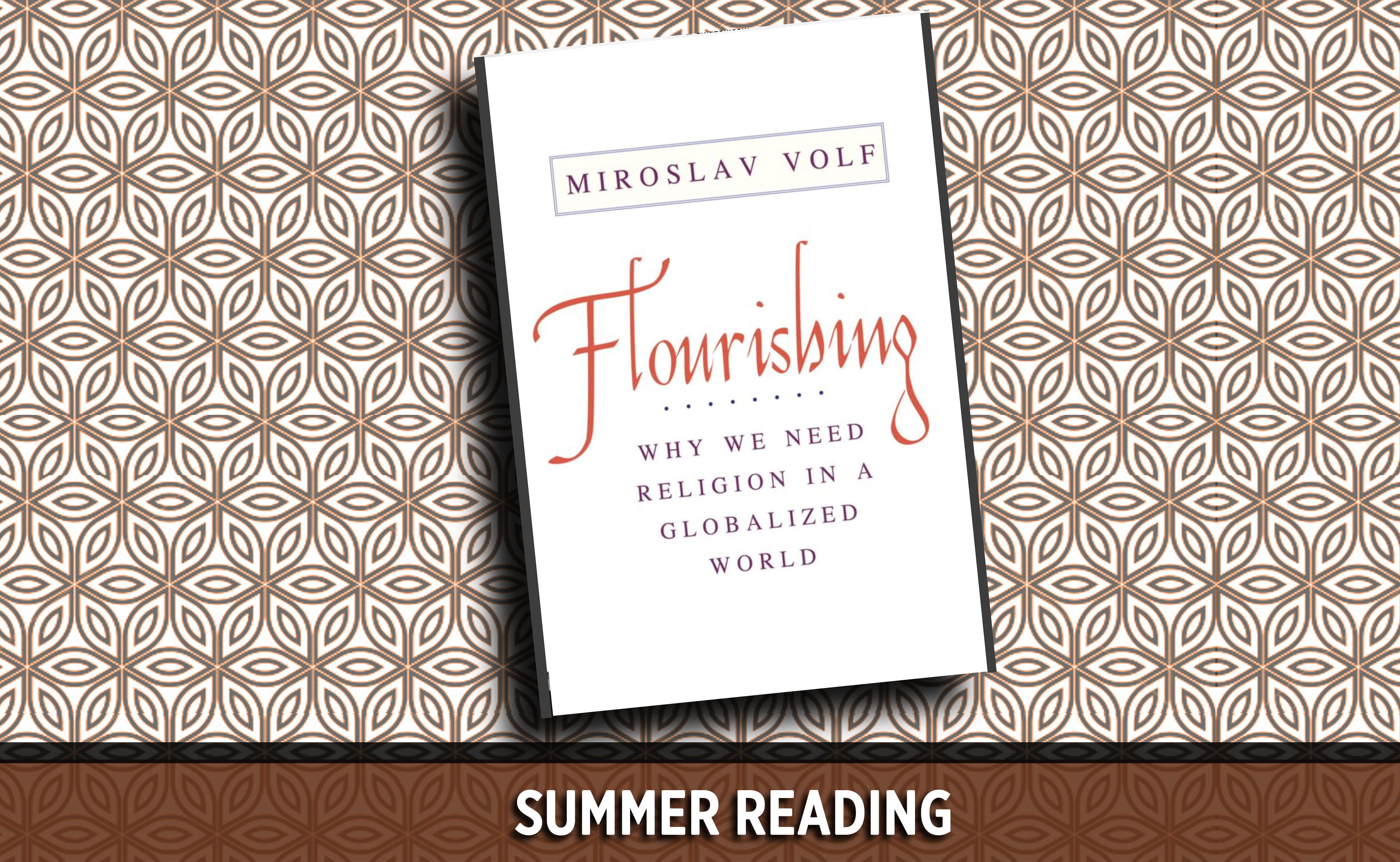 This is the third post in a seven-part series for Spectrum’s 2016 Summer Reading Group. Each post will be drawn from chapters of the book Flourishing by Miroslav Volf. You can view the reading/posting schedule here.

Our species' global proliferation, travel, and communication have caused us to rub up against more diversity than at any point in human history. This globalization is the inevitable result of a population explosion facilitated by agricultural and industrial revolutions and catalyzed by modernity’s technological wizardry. In this chapter, Volf argues, that globalization can be good for religions, helping them, “in some regards to be truer to their original visions” (61). Just as religion can help globalization (See last week’s post.), globalization can help religion. It’s a two-way street.

Despite predictions that modernity would extinguish religion, the same religious spark that facilitated our ancestors search for meaning as it comforted and structured their private and communal practices continues to inspire billions of humans in our postmodern and secular age. Volf points out the surprising growth of religious adherents both in absolute numbers and relative terms over the past five decades (61-62). He describes this increase as evidence of the abiding relevance of world religions (63).

By “religions,” Volf has in mind world religions such as Buddhism, Hinduism, Confucianism, Judaism, Christianity, and Islam. He distinguishes them from “local” religions, identifying six common features. I want to highlight five that are central to understanding Volf’s argument in this chapter.

1. “Two Worlds” account of reality. While local religions view gods and spirits as aspects of our one world, world religions posit two realms giving primacy to the transcendent over the mundane.

2. Universal claims. Local religions mark social boundaries and are focused on the flourishing of the group. World religions offer universal insight on the human predicament and the way out.

4. Religion as a distinct cultural system. Local religions are tied to local culture while world religions transcend cultures enabling transplantation into other cultures.

5. Transformation of mundane realities. Local religions are characterized by an assent to the realities of life while world religions seek to align mundane reality with the preferred transcendent realm (67-69).

As Volf describes them, these features are present more or less in all world religions. Rightly understood, the primary religious affirmation of the transcendent leads naturally to care for the mundane and a desire to transform it in positive ways. However, when religion is discussed and debated, all too often the transcendent emphasis of religion is neglected to focus entirely on the supposed efficacy of religion to explain phenomenon just as well as science or manipulate the material world in lieu of technology and human ingenuity. Volf points out that to expect religion to compete as an explanatory and manipulative force is misdirected (80). Rather, religions at their best claim that to be “free, full, and flourishing, life must be lived in relationship to the divine [transcendent], which gives meaning, orientation, and unique pleasure to all our mundane experiences and endeavors (81).” Therefore, “World religions stand or fall on their ability to connect people to the transcendent realm and thereby make it possible for them to truly flourish, to find genuine fulfillment in both their successes and failures, and to lead lives worthy of human beings, lives marked by joyous contentment and solidarity (82).”

This aspirational description of religious flourishing is sabotaged more often by malfunctioning religions themselves than by a-religious critics. Religion generally malfunctions in one of three ways. Practice malfunctions occur when religious adherents perpetrate great evil in opposition to the very religion they represent. Teaching malfunctions are less visible but more insidious distortions and misinterpretations which lead to injustice such as Christians who have offered religious justification for slavery, suppression of women, and exclusion of outsiders. Belonging malfunctions occur when religious zealots define themselves in aggressive terms against others such as in the current national rhetoric against Islam in America (76-77).

These particular malfunctions may lead to the profane mixing of religion with political power.  This morphs world religions into hybrid local religions seeking to spread cultural particularities as universal norms—a situation Volf describes as a serious and violent malfunction of religion (86). This is where globalization can help. It offers an opportunity for religious adherents to express the true beauty of their faith by putting them in contact with those different than themselves. In this way, globalization reminds religions of the original universal scope of their visions which extend to everyone beyond particular cultural expressions. From the Christian perspective, it is through engaging the other that our own hearts expand to the point that we may even live up to Jesus’s call to love our enemy.

Yet, while an appropriate response to our pluralistic society could save religion from its malfunctions, the global economy may prove the downfall of religion. The lure of market-driven capitalism distracts religion from a transcendent perspective to focus on the mundane. In doing so, the misnamed “prosperity gospel” eviscerates the heart of religion and turns otherwise prophetic people into chaplains for the invisible hand of the market economy (87-88).

As an Adventist, I wonder how this relates to Adventism.  Being a Christian denomination, Adventism of course shares equally in the common features Volf identifies with world religions as well as the malfunctions common to all religions.

Our Adventist religious movement has historically tried to separate from the world. This separation is one of three general religious responses to globalization described by Peter Berger. When a religious tradition that has formerly been taken for granted becomes de-centered by other vibrant practices of faith, religious believers can choose to either engage with the new traditions around them, create sectarian subcultures in which they continue to take their values for granted in isolation, or attempt to forcibly restore their single religion to dominance.

Our early Adventist pioneers seem to have chosen the narrow way of sectarianism. Given the bewildering cultural and ideological pluralism surrounding our religious communities, some continue to retreat into isolated communities. Furthermore, some seem to think that members must be tightly constrained in order to maintain the necessary separation and uniformity. Others choose the first option, seeking engagement and solidarity with the many religious and a-religious traditions in the world. Still others make the third choice and conflate religion with the state leading to religious intolerance and even violence. Movement in each direction is evident in the increasing polarization between progressive and traditional Adventists.

Not surprisingly, this difference in how we relate to religious diversity mirrors the current political divide. The recent Democrat and Republican national conventions epitomize the polarized responses of pluralistic engagement and inclusion versus forced uniformity and exclusion respectively. These diverging political responses have also been intensified by expanding globalization and increasing diversity.

While the “prosperity gospel” has largely been avoided by our Adventist community, the all-encompassing influence of capitalism has blunted our radical emphasis on the past, present, and soon coming Kingdom of God. Having built an alternative empire of hospitals, schools, camps, churches, conference offices, and church hierarchy, we have found that maintenance of these structures too often limits our opportunity to engage society. All too often, we yield to the temptation to give up on religion’s own “deepest and most salutary insight and concern—an account of the good life whose focal point transcends the flat plane of mundane existence and its concerns for ordinary flourishing (90).” In doing so, we become enamored with building and sustaining our local empire, losing sight of love.

Adventism arose at the height of the enlightenment as a renewal movement to restore religion to its original purity and correct the corrupting influence of secularism. The Enlightenment predicted that religion would become mute, marginal, and mild; but, instead Rabbi Jonathan Sacks says in The Dignity of Difference, “It is fire and, like fire, it warms, but it also burns and we are the guardians of the flame.”

If Volf is right, globalization presents our greatest challenge and opportunity. We are living so close to difference with such powers of destruction that we have very little choice. As W.H. Auden wrote, “We must love one another or die.” Some might find this hopeless; but, my friend Samir Selmanovic says that religion is all about “learning to love well.” Reminded of this, I have a great sense of hope as together we face the challenges of our time.

Brenton Reading is a board member of Adventist Forum, the parent organization of Spectrum Magazine.  He lives with his wife and three children in Shawnee, KS, a suburb of Kansas City where he practices Pediatric Interventional Radiology.