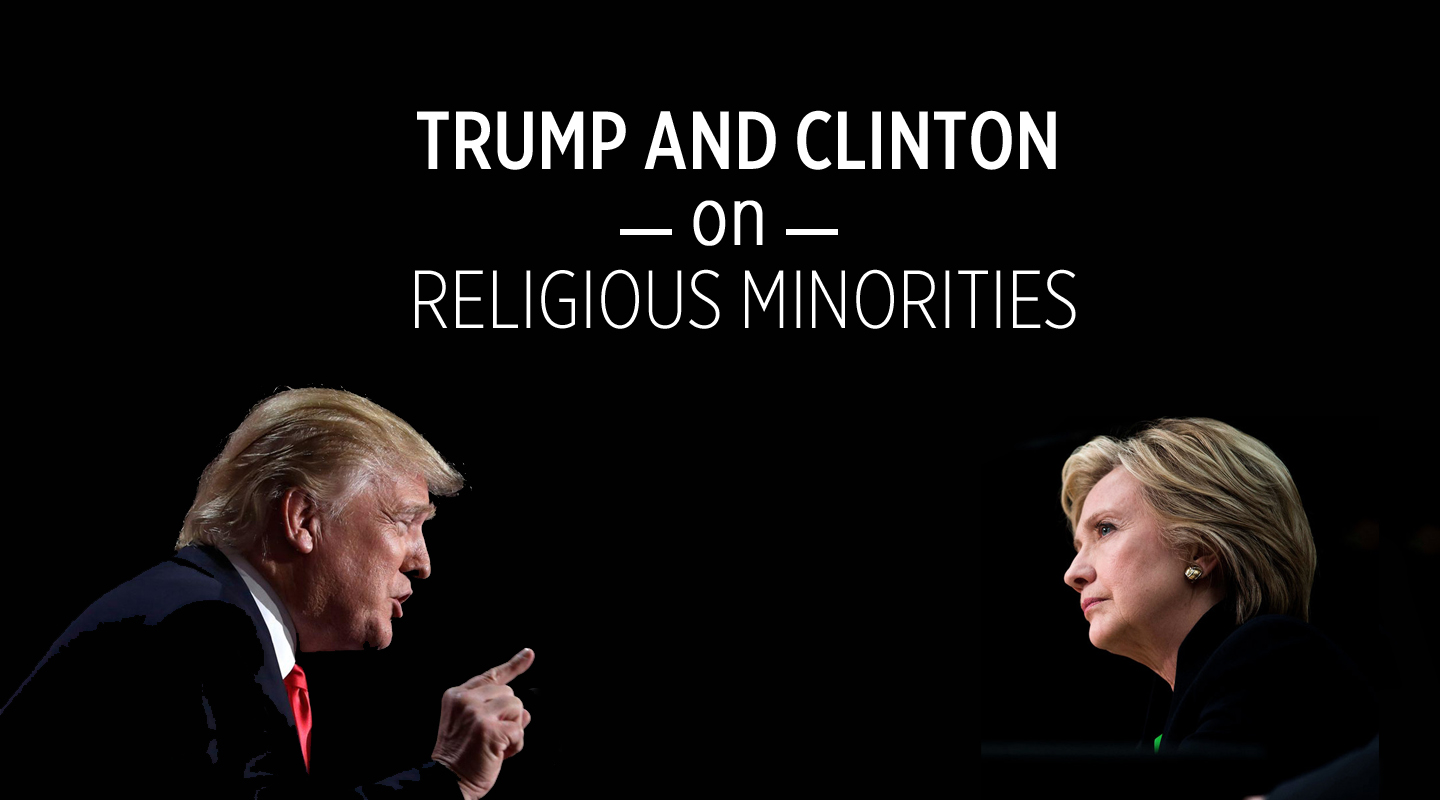 When Donald J. Trump addressed the Republican National Convention one week ago today in Cleveland, Ohio he promised Evangelical Christians that for their support he would work to remove the wall separating Church and State:

At this moment, I would like to thank the evangelical community who have been so good to me and so supportive. You have so much to contribute to our politics, yet our laws prevent you from speaking your minds from your own pulpits. An amendment, pushed by Lyndon Johnson, many years ago, threatens religious institutions with a loss of their tax-exempt status if they openly advocate their political views. I am going to work very hard to repeal that language and protect free speech for all Americans. We can accomplish these great things, and so much else. All we need to do is start believing in ourselves and in our country again. It is time to show the whole world that America is back, bigger, and better and stronger than ever before.”

The statement brought wild cheers from the Republican audience and foreshadowed a Trump White House in which the religious majority (Evangelicals made up just over 25% of the U.S. population in 2014) would enjoy greater prominence and empowerment.

By contrast, Donald Trump has on several occasions disparaged religious minorities for his political advantage, notably Muslims and Seventh-day Adventists.

Donald Trump’s Islamophobia
Trump’s anti-Muslim rhetoric goes back to at least 2011, when he spoke with Fox News’s O’Reilly Factor.

Bill O’Reilly asked, “Is there a Muslim problem in the world?” Trump responded, “Absolutely. Absolutely. I don't notice Swedish people knocking down the World Trade Center.”

Trump later expanded on his comments in an interview with the Christian Broadcasting Network:

“I mean I could have said, ‘Oh, absolutely not Bill, there’s no Muslim problem, everything is wonderful, just forget about the World Trade Center.’ But you have to speak the truth. We’re so politically correct that this country is falling apart.”

He then turned to the Qur’an, casting suspicion on Muslim sacred texts:

Since announcing his candidacy for U.S. president, his sideways glances at the Muslim community have turned into outright aggression. He issued a statement in December, 2015 calling for “a total and complete shutdown of Muslims entering the United States,” which would include students and tourists, and remains a plank of his presidential platform.

Trump’s anti-Muslim rhetoric has played well with Republican voters who have an overwhelmingly dim view of adherents of Islam.

The Adventist Church in North America capitalized on the dismissive remarks, turning Trump’s aspersion into Adventism’s 15 seconds of fame. North American Division Executive Secretary G. Alexander Bryant went on a media offensive, defining Adventism in terms of its Christocentrism and Protestant ethos. But for Carson, the damage was done. Trump’s missive (accompanied by a series of Carson gaffes, to be fair), saw Adventism’s first presidential candidate collapse spectacularly.

It is no exaggeration to say that Donald Trump’s road the Republican nomination was paved with the denigration of religious minorities. If Trump’s rhetoric proves a portent of things to come, a Trump presidency will mean the prioritization of the dominant white, evangelical Christianity and the marginalization of minority religious groups. It will mean a significant diminishing of the separation of Church and State.

Hillary Clinton on Religious Minorities
Trump’s Democratic rival Hillary Clinton, who tonight will accept her party’s nomination for president, has sought to provide a contrasting vision, calling for inclusion and collaboration. Speaking after the Pulse nightclub shooting in Orlando, Clinton said,

Here’s what we absolutely cannot do: We cannot demonize Muslim people. Inflammatory anti-Muslim rhetoric hurts the vast majority of Muslims who love freedom and hate terror. It’s no coincidence that hate crimes against American Muslims and mosques tripled after Paris and San Bernardino. Islamophobia goes against everything we stand for as a nation founded on freedom of religion, and it plays right into the terrorists’ hands. We’re a big-hearted, fair-minded country. We teach our children that this is one nation under God, indivisible, with liberty and justice for all—not just for people who look a certain way, or love a certain way, or worship a certain way.

However the Clinton campaign has not been immune to criticism on its stance toward the Muslim community. Hillary Clinton’s top surrogate, husband and former president Bill Clinton elicited anger with his convention speech two nights ago when he reprised Hillary’s “freedom-loving Muslims” rhetoric.

“If you’re a Muslim and you love America and freedom and you hate terror, stay here and help us win and make a future together, we want you.”

The implicit assumption, for which President Clinton drew condemnation, was that being a Muslim, loving America and freedom, hating terror, and “staying here” might be mutually exclusive. Whether intended or not, Clinton implied that Islam doesn’t automatically overlap with love of country.

Those remarks notwithstanding, a Hillary Clinton presidency looks to embrace rather than demonize Muslims. Her campaign tweeted, “Let’s be clear: Islam is not our adversary. Muslims are peaceful and tolerant people…”

Clinton has directly addressed Seventh-day Adventists, too, though not recently. In a 2003 video, she said, “The thing I admire most about the Seventh-day Adventists...is your commitment to preach, teach and heal.” She called Adventist education “a model for all people to follow.” She also highlighted Adventist work promoting religious freedom. Remarking on the role religion should play in society, she said, “When I think of what a good and decent society should look like, I imagine one in which the government does not hinder faith, but rather recognizes what people of faith do to make our communities stronger…” She acknowledged Adventist emphasis on family and on Sabbath-keeping.

(President George W. Bush also recorded a video message for Adventists. His message was recorded in 2002 and acknowledged the 150th anniversary of the denomination, saying, “The Seventh-day Adventist Church has enriched America, sustained the faith of millions, and provided comfort for many in need.”)

Both Trump and Clinton have selected running mates who reflect their stances toward religious minorities. Trump running mate Mike Pence initially rejected Trump’s call for a total ban on Muslim entry into the United States. However, today Pence stated that he now supports Trump’s (revised) position preventing Muslims from “terror states” to enter the United States.

Just before being named Hillary Clinton’s running mate, Tim Kaine moderated a conversation on immigration and on faith held at an Islamic center in Sterling, Virginia. Kaine extolled the value of religious tolerance in front of an appreciative crowd.

Adventist attorney and blogger Michael Peabody has compared Pence and Kaine on their religious liberty stances, examining their statements and actions on hot-button issues of interest to many people of faith. Peabody concludes, “Both are Catholics who are unlikely to shake up the status quo in terms of protecting or infringing upon the religious liberty rights of individuals or religious organizations.”

Look to the top of the ticket—to Clinton and Trump, respectively—for what religious communities can expect from Democrats and Republicans in this election, and expect more