Worthington Comes Back to the Adventists 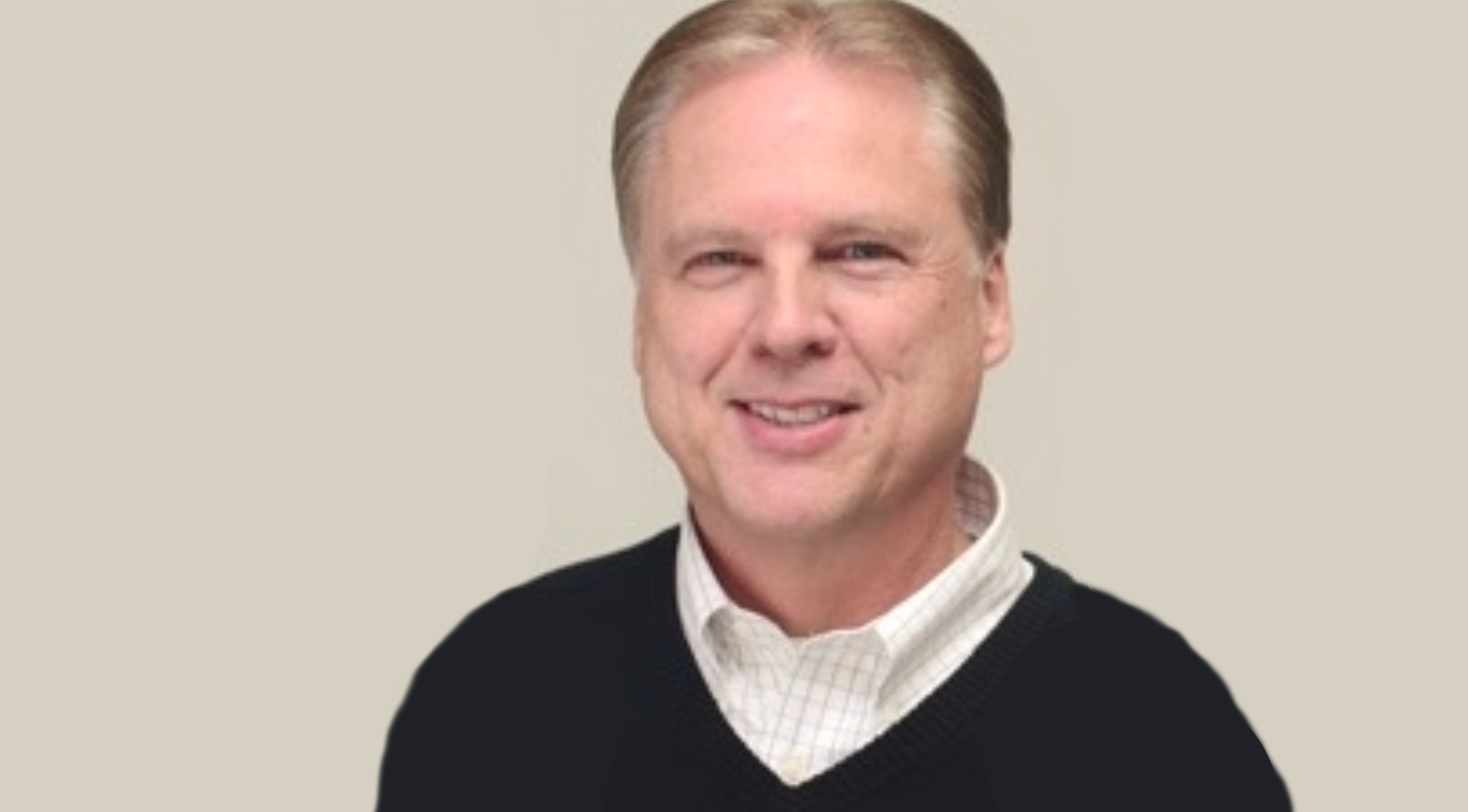 Don Otis, founder of Heritage Health Food, has bought Worthington's frozen food line back from the Kellogg Company, as well as acquiring the Cedar Lake food company, and is working to bring back many well-loved veggie food brands to Adventist consumers and beyond. He talked to Spectrum about the deals and his goal of making Adventist food more healthful.

Question: Heritage Health Food Inc recently acquired the Worthington frozen food and Cedar Lake brands. When were the deals finalized? Why did you decide to take these brands on?

Is it a coincidence that you acquired both at the same time?

Yes, I would say so. Honestly, we didn’t even have Worthington on our radar at the time.

But it was something I had previously thought might be a possibility.

I used to manage the Worthington brand for Kellogg for about 14 years. As the director of natural and specialty foods for Kellogg, I oversaw all the natural brands: Kashi, Gardenburger, Loma Linda and Worthington. I knew that someday Kellogg may decide to divest of the legacy SDA brands.

I had that thought in my mind when I left Kellogg and started Heritage Health Food in 2009. (I made an offer for Worthington then, but they didn’t take me up on it.)

I called my company Heritage when we first started because I thought there might come a day when we could get these old Adventist brands, if the Lord saw fit, and I thought they would fit under the name “Heritage” really well.

Last year Cedar Lake contacted us, said the company was for sale, and they wanted to keep it an Adventist company.

We started negotiations that went on for about six months. And right in the middle of acquiring Cedar Lake, Kellogg called. I made an offer and was successful in acquiring Worthington, too.

So you didn’t see eye to eye with the Kellogg bosses about the direction of the natural food lines when you were working there?

When I was there, I could see that market trends were for healthier, non-GMO products. But Kellogg decided to make all their products with genetically modified soy, and used artificial flavours and colours. I couldn’t even sell to the EU anymore, a huge market, because Kellogg products didn’t adhere to the guidelines. They were just going in a different direction.

If market trends clearly showed a move toward healthier, non-GMO food, what was Kellogg’s rationale for not going that way?

Kellogg saw these smaller brands as a niche market that they weren't interested in investing in.

Kellogg is a good company. They are good at cereals, pop tarts and Eggo waffles. They are a $16 billion company. And our products were just a few million. We were just a small fly to the Kellogg giant. They didn’t want to put the energy into transforming these brands in the health food arena.

They did decide to keep the MorningStar brand because it is vegetarian, but does not proclaim itself a natural health food.

So I saw the potential to get these brands back.

I didn't want Adventist food to be the worst vegetarian food out there. It is slightly embarrassing. Especially when our mission is to lead with healthier foods!

Kellogg didn’t have that interest — and I do.

What traditional products, which may have been discontinued, are you bringing back (to the delight of Adventist consumers)?

Worthington slices: chicken slices, turkey slices, wham and all that will be back right away. Golden Croquettes. And there are several other things we are looking at, but can’t name yet.

What does “right away” mean?

We are planning to start manufacturing the slices around August 15.

You have a lot of experience working in food. Is this where you always saw yourself?

I started out in publishing work for the church, and worked for the denomination for years. I never thought I would go into food and manufacturing. I always just thought selling food could help to finance the publishing ministry. I had success in selling food in my ABC over the years, and saw the benefits of using the food to assist with financing the publishing side.

But our church in North America had sold it off, and was not successfully using the traditional food companies as ministry partners.

At Kellogg, I saw Worthington being taken in a less and less healthy direction, and being minimized as a food market leader.

Our Adventist health message prepared us to become leaders in the industry, as consumers look for healthier options, but instead we have become followers.

That is why I started my own company — I want us to get out there in front again.

Heritage is a fairly new company, while Worthington and Cedar Lake are both very old Adventist brands. How does their acquisition change your company and its size?

Yes, Cedar Lake has been around since 1949 and Worthington since the early 1940s. They are legacy brands, and they both have a loyal following. We will work to improve them, but we don’t want the products to go away. We will see what we can do to re-energize these popular brands.

We are going from about a million dollars a year to $12 million a year in sales, with potential for much greater growth.

How were you able to finance such significant acquisitions?

We operated for our first seven years with no debt. Now we have both private equity and some bank debt.  We financed with about 50/50 using bank financing along with some private equity investors.

So you won’t change the brand names of the Worthington and Cedar Lake products?

One of the most confusing things that we have found for people, is that two years ago Kellogg sold the Worthington and Loma Linda canned products to a non-Adventist health food company called Atlantic Natural Foods. They are now manufacturing them under the Loma Linda brand. (So eventually Worthington Veja-Links will become Loma Linda Veja-Links, and so on.)

And actually, the fact that we were only buying Worthington’s frozen brands, and not the canned, is one reason we wanted Cedar Lake. Also the fact that Cedar Lake products are already ahead of the curve by being more natural.

We also have our own, new Heritage canned line, which all-natural, mostly vegan, and is selling very well.

I believe you are closing your plant in Tennessee and moving all of your manufacturing to Michigan? Will all of your staff go there too?

Our corporate office will remain in Collegedale, Tennessee. But we are making a pivot now from a small family business to a multi-million dollar food company.

And yes, our manufacturing is all moving to the Cedar Lake plant in Cedar Lake, Michigan. We are moving up some of the Worthington equipment from Ohio, and also adding our equipment from Tennessee.

Does your marketing strategy focus more on Adventist consumers, or non-Adventists?

With Heritage we focused more on the mainstream market. We are less than eight years old, and we don’t have as strong a following as Worthington and Cedar Lake. But we have distribution of our products in Whole Foods, Sprouts and many other major stores across the US. All the big health food distributors carry our products. So now we have products that will play in every market: the traditional Adventist, the natural vegetarian consumer, and in the mainstream market.

Will you be marketing Worthington and Cedar Lake to non-Adventists?

Probably the Cedar Lake products, which already have some all-natural foods. For instance, we can introduce Cedar Lake to the deli at Whole Foods, where they have no vegetarian slices for sandwiches. So we have two marketing emphases: keep growing the Adventist market, and keep going hard after the mainstream consumer.

Of course the Adventist market is changing. Many traditional Adventist outlets aren’t there anymore. Adventist consumers are also shopping at mainstream stores, so you have to reach them there as well.

You mentioned the Adventist health message, and its importance, but feel that the church had walked away from its health food business. Is there an opportunity the church as a whole is missing?

When I left Kellogg to start Heritage, I flew to Australia to meet with Sanitarium Health, one of the country’s largest food manufacturers, and wholly owned by the church. Through the profits of food sales, they are writing checks to support much of the mission work in their part of the world.

Heritage supports ASI, and a ministry that digs fresh water wells in remote parts of Africa. We are on our third or fourth Heritage-sponsored well. As we grow and become more profitable I want to look for ways that we can support God’s work and mission work throughout the world.

Don Otis is founder and president of Heritage Health Food. For the first 22 years of his career, Otis managed Adventist Book Centers in Pennsylvania, Nevada and Massachusetts. He then went to work for Worthington Foods, and when it was acquired by Kellogg, he went too. He started his own health food company in 2009.

Read Alita Byrd's 2009 interview with long-time president of Worthington, Allan Buller (who passed away in 2013), here.

Read her article about the Atlantic Natural Foods' acquisition of the Worthingon canned line here.

She wrote about Sanitarium Foods' CEO Kevin Jackson in a Review cover story in 2005.