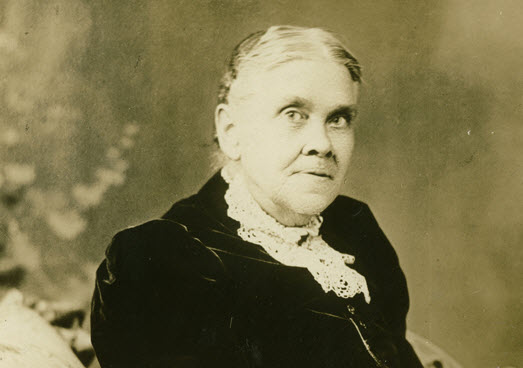 From the time I first heard the then-newly-popular explanation of spiritual gifts back in the 80’s, I’ve had my reservations about it. It just seemed entirely too convenient that you could distill out of the Pauline epistles a checklist of Divinely-supplied skills so tidy that you could make them into a vocational aptitude test and assign every member his place in the whole.

This was in the years where we were desperately “businessizing” the church, and this was a small part in that. These were the Neal C. Wilson years, the man I once heard spend a third of a sermon telling us what a massive and impressive organization we are, what incredible assets we have, how we rank among the largest corporations in the world. The personality at the top, I’ve noticed, shapes the personality of the organization. Every judicatory president in that era became a little CEO if he could afford it. I remember about 1979 when Des Cummings Sr. flew, in Georgia-Cumberland’s private plane, to do a workers’ meeting in our little conference. He arrived with an entourage. I remember he bragged about how he’d asked for 25% of everyone’s income in GCC rather than a mere 10% (explaining, perhaps, the plane), and I remember that the suit he was wearing wasn’t the kind I got off the rack at J.C. Penney’s.

In that era business tools were all the rage. My conference president liked “Management by Objectives,” though I’m not sure he really understood it. The objectives are supposed to be agreed to by both management and employees, but how MBO worked for him was that he set some objectives and declared us failures when we didn’t meet them. At about the same time there was a guy at our union office who did congregation assessments, a whole weekend of questionnaires and discussions and organizational concepts leading to some recommendations on how to transform the congregation. I invited him for a workshop at my small church. We learned nothing that intuition hadn’t told us already. The presenter’s interest was in large churches, and he didn’t have the slightest understanding of small churches, though they are by far the most numerous of Adventist congregations. (I admit I’m a broken record on this subject of there being no plan for or particular interest in small churches except to supply them a shared pastor until they fold.)

For a denomination that started off disliking organized religion, we’ve taken heartily to the corporate model. But successful business management requires more than travel and meetings and nicer offices. It requires a willingness to change and evolve and create and make dangerous decisions, something organized religion isn’t good at. (Not just ours. Religion’s stock in trade is to stay steady on, to be right and stick with it.) I’d venture the guess that this corporate model hasn’t added much to our success, a reality that the NAD Church Governance Committee has been grappling with.

So it shouldn’t have been any surprise that we thought we could transform congregations with management tools, too, and an aptitude test for spiritual gifts fit right in. I tried it with my little congregations, but the results were as unremarkable as you would have guessed. We’d already moved everyone around into every job in the church a dozen times, and the test didn’t reveal anything new, other than that there were still a few people who thought they had talents that we all knew they didn’t have.

I’ve steered a bit off track, though. I started this piece with the intention of discussing spiritual gifts, and one in particular. The spiritual gifts inventory—at least the version that I used—edited the original list and may even have added a couple of extra gifts, but one was conspicuously missing: prophecy.

Ask Adventists what prophecy is, and most will say something about Daniel and Revelation and fabulous beasts and gigantic statues. Because of our history, prophecy to us means predicting the future, with emphasis on end-time messages. That’s why the next thing they’ll mention is Ellen White as our particular prophet for the end times. They may or may not remember Isaiah, Ezekiel and Zechariah.

Unlike the others, prophecy is a gift for special situations. The theory here is that while the other gifts of the Spirit are common, prophecy is rare. It shows up only in particular circumstances, centuries or millennia between manifestations. That’s why in our evangelism when we talk about how the spiritual gifts are poured out on Christians today, we treat prophecy differently, assigning it only to Ellen White.

Prophecy is in the past. Some argue on the basis of Hebrews 1:1-2 that after Jesus there was no more need for prophets. “God, who in many times and in many ways, spoke in times past unto the fathers by the prophets, has in these last days spoken unto us by His Son”. So that’s it: there’s no need for any further communication from God.

But if that’s true, it’s hard to know what to do with Acts 2:17-18: "In the last days, God said, ‘I will pour out my Spirit on all people. Your sons and daughters will prophesy, your young men will see visions, and your old men will dream dreams. Even on my servants, both men and women, I will pour out my Spirit in those days, and they will prophesy.'” We Adventists do believe that a prophet came long after Jesus was gone.

And this passage leaves open what is perhaps the most vexing question: why there isn’t a plenitude of prophets, since the text is so plainly plural, as though prophets might be popping up in every other pew.

Prophecy in the last days is likely to be false.Jesus warned that in the last days, “many false prophets will appear and deceive many people” (Matt 24:11). Peter made a similar warning (2 Pet 2:1-3), and so did John (1 John 4:1). And indeed, in my lifetime, the people who claimed to be prophets, such as Ernie Knoll, have been pretty easy to disqualify. So to be safe we probably should just disqualify all of them.

There are silent times. Remember those 400 years between Malachi and John the Baptist? We have no evidence of prophets speaking in that period. Perhaps we’re in another era like that.

Prophecy doesn’t mean what we thought it did. I was once in a pentecostal church service where a man stood and said, “I have a word of prophecy from the Lord.” He said that someone in the church was discouraged, but the Lord had told him to tell that one that he or she would soon find a job, and should feel confident and comforted in the meantime. It was encouraging, and I’ll bet all unemployed people in that congregation received it personally. But it was hardly shocking or spectacular, and predicted the future only in the most generic sense.

The argument here is that prophecy still happens, but it is only a shadow of what it once was. The Bible prophets held the office of prophet, which means God actually created scripture through them. What we have today is merely the gift of prophecy, which is a weak thing, like the third cup of tea from a single tea bag. The gift of prophecy is scripture-informed common sense, or one-size-fits-many advice, like your newspaper horoscope. So any pastor who counsels a parishioner, or preaches a sermon, is prophesying.

Here’s the last reason, and this one I came up with myself:

Prophets don’t appear in mature, organized religious movements. A corporate church stands at the opposite end of the spectrum from a prophetic movement. Once a group passes the line between movement and church, once it gets buildings and employees and assets and creeds and education and retirement plans—all things that can be threatened by instability—a prophet would be more of a problem than an asset. Ergo, there is no point in God’s activating the gift of prophecy among us anymore.

It’s easy, unless you’re a total naïf, to invalidate a self-identified prophet like Ernie Knoll. But I’m pretty sure that anyone who claimed to be a prophet would be met with skepticism by most of us, especially if they told us to do things differently than we have been. What if a prophet were to show up at Silver Spring, and say, “Quit all your jetting around, sell these big office buildings, and just preach the gospel!” Do you think the new prophet would be received gladly? (When Ellen White criticized church leaders, she was sent to bother the saints in Oz.) How do you think we parish pastors would receive a prophet who identified our sins and shortcomings, as both Bible prophets and Ellen White did, or by their messages created chaos in our congregations?

Lay people wouldn’t like it any better. What if the prophet said, “God wants you to ordain women to the ministry!” African and Latin-American Adventists would cry “false prophet!” Or if the prophet said, “Get rid of all your guns and be a non-violent, pacifist people!” or “Remember Revelation 13? Quit confusing Americanism with faith!”, what would we hear from rural American patriots?

Many of us would just be embarrassed. Even those of us who agreed with the prophet’s message would change the subject if someone asked us, “Do you believe this person is a true prophet?” We’re too sophisticated, too analytical. We’d notice the holes in the prophet’s message, not to mention the prophet’s life. Even in more credulous times, prophecies needed a few centuries of padding before they were authoritative. But now we have far too much information, lots of psychological explanations, and insufficient ingenuousness.

Church leaders would ignore the new prophet as long as possible, but when he or she got too strident, there’d be a statement in the Review/World about how the question of prophecy was settled in Ellen White’s day.

So my digression into the corporatized church, above, does have relevance to the gift of prophecy. The corporate church, the self-protective church, the proud church, the church that already has the whole truth, the church with much to lose, can’t host a prophet. The best prophets were always in opposition to the organized church of their day. We don’t like those who oppose us. Who does? Jesus mentioned the persecution of the prophets several times (such as in Matthew 23:29–31), always with a finger pointing at the religious leaders. And you know what happened to him.

That’s why we mustn’t include prophecy on our spiritual gifts inventories. We might unintentionally set loose the prophetic gift in thousands of Seventh-day Adventists across the world field—and what if they all began to prophesy? The center wouldn’t hold. Things would fall apart. Better to stick with the dead prophets.

The theological reason for the diminishment of the prophetic gift is still an open question. But I think this last might be why we don’t see it among us. We’re too organized, too sophisticated, too invested in churchism, to receive it. Assuming we’ll see Ellen White again someday (perhaps sooner than the final resurrection, if Loughborough was right), I won’t be surprised if she’ll tell us the same thing.