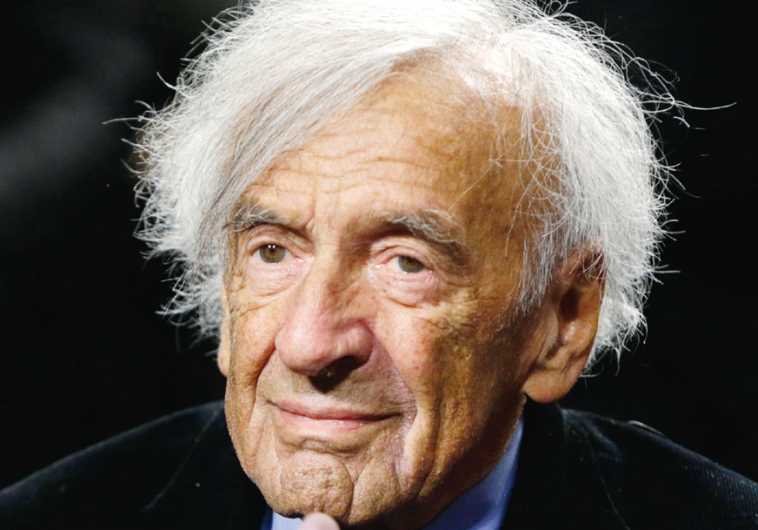 Activist and writer Elie Wiesel, the World War Two death camp survivor who won a Nobel Peace Prize for becoming the life-long voice of millions of Holocaust victims, died on Saturday, July 2, at his home in New York City. He was 87. Wiesel was a philosopher, speaker, playwright and professor who also campaigned for the tyrannized and forgotten around the world. The Romanian-born Wiesel lived by the credo expressed in "Night," his landmark book-story of the Holocaust - "to forget the dead would be akin to killing them a second time." In awarding the Peace Prize in 1986, the Nobel Committee praised him as a "messenger to mankind" and "one of the most important spiritual leaders and guides in an age when violence, repression and racism continue to characterize the world." And he replied in the prize acceptance speech, "No one is as capable of gratitude as one who has emerged from the kingdom of night." While at the White House in 1985 to receive the Congressional Gold Medal, he even rebuked U.S. President Ronald Reagan for planning to lay a wreath at a German cemetery where some of Hitler's notorious Waffen SS troops were buried. "Don't go to Bitburg," Wiesel said. "That place is not your place. Your place is with the victims of the SS." And he added, "We must always take sides. Neutrality helps the oppressor, never the victim. Silence encourages the tormentor, never the tormented."

Wiesel was a hollow-eyed 16-year-old when he emerged from the newly liberated Buchenwald concentration camp in 1945. He had been orphaned by the Nazis and their identification number, A-7713, was tattooed on his arm as a physical manifestation of his broken faith and the nightmares that would haunt him throughout his life. Wiesel and his family had first been taken by the Nazis from the village of Sighetu in the Transylvania region of Romania to Auschwitz, where his mother and one of his sisters died. Wiesel and his father, Shlomo, ended up in Buchenwald, where Shlomo died. In "Night" Wiesel wrote of his shame at lying silently in his bunk while his father was beaten nearby. After the war Wiesel made his way to France, studied at the Sorbonne and by 19 had become a journalist. He pondered suicide and never wrote of or discussed his Holocaust experience until 10 years after the war – as part of a vow to himself. He was 27 years old in 1955 when "Night" was published in Yiddish, and Wiesel would later rewrite it for a world audience. "Never shall I forget that night, the first night in camp, which has turned my life into long night, seven times cursed and seven times sealed ...," Wiesel wrote. "Never shall I forget those flames that consumed my faith forever. Never shall I forget that nocturnal silence which deprived me, for all eternity, of the desire to live."

He was often described as somber. An old friend, Chicago professor Irving Abrahamson, once said of him: "I've never seen Elie give a belly laugh. He'll chuckle, he'll smile, there'll be a twinkle in his eye. But never a laugh from within."  This structural melancholic attitude was the visible sign of his deep and continuous distrust in the misleading flavor of restricted and excluding religious credos or ethnic short-sighted pride in all its forms and expressions. "No human race is superior; no religious faith is inferior. All collective judgments are wrong. Only racists make them." (Interview with Parade Magazine, 1992)

All of Wiesel’s works reflect, in some manner, his experiences as a survivor of the Holocaust and his attempt to resolve the ethical torment of why the Holocaust happened and what it revealed about human nature. But Elie Wiesel's life experience is not just an example of human resiliency. It also has an enormous theological relevance that should positively provoke and help re-orient our Adventist identity and message. His witness is part of a larger Jewish contemporary cultural voice of resistance and criticism of the ambivalent and mechanical trend in today’s Western societies from which the Holocaust is just the visible peak. The 1944 book Dialectic of Enlightenment[1] explored the socio-psychological status quo that had been responsible for what the Frankfurt School[2] considered the ambivalence and failure of the Age of Enlightenment – so influential in our societies and Christian churches, including Adventism. Here the privileged categories are: practical rationality and organization, efficiency and linearity, technical symmetry, administrative coherence and quantitative growth. How strongly Adventist ecclesiology, missiology, education and administration remains influenced by these Enlightenment categories is easy to see.  They emerge, for instance, in official discourses such as those ritualistically pronounced by the current GC presidency. And here our supposed anchorage in the “Bible only” doesn't help us to get the right picture of real Adventism today.

According to Jacob Taubes, what Greeks represent for Western Ontology (they gave humanity the category of “Being”), Jews represent for Western Eschatology (they gave humanity the category of “Future”)[3]. But, what kind of future did we really inherit from Judaism? How much is the Adventist-proclaimed future similar to that announced by Judaism? This is something that needs to be deeply considered. G. Marramao says that today’s Western societies are simply the expression of a secularized Christian Eschatology[4]. We are, in fact, future-oriented societies without God. This sounds plausible but what made the idea revolutionary biblical eschatology was not merely future or monotheism or God understood as Future, but understanding the possibility of a God-given future as a “broken future”. The biblical understanding of time can't be reduced to linearity. Biblical time is neither cyclical nor linear. It's a rhythmic time oriented to a freely-given future necessarily broken by the presence of suffering and unpredictable human beings and events. This is an accumulative understanding of time expressed, for instance, in the category of material or spiritual “Progress”.

Some Jewish secular thinkers were already elaborating on this during the First World War, not by reading the Tanak (Old Testament) but by trying to read then current European history. That incomprehensible and unjustified “Great War” ravaged their hopes and illusions of a perfect humanist European society. Incredulously they observed the necrophilic enthusiasm for war that, in Germany, enthralled the best intellectuals, philosophers, scientists and poets. And this pushed them to revoke their investment in the “Enlightened” culture of the West. Bloch, Rosenzweig, Buber, Taubes and other leading secular Jewish thinkers forsook their cultural faith in progress and criticized its premise, the idea of time as a linear and mechanical – free of surprises. Elie Wiesel’s theological contribution lies, to my view, in his capacity of inscribing his personal experience into this larger cultural critical Jewish movement and to have given it narrative instead of a more philosophical form.

The apparent theological proximity between Adventism and Judaism is based in the common celebration of the Sabbath or the messianic expectation, and is more formal than substantial. For us the Sabbath has been deformed in an ecclesio-centric, individualist and pragmatic event while for them it’s lived as an anthropological, cultural and communitarian experience. The expectation of the future for Adventists has become linear and exclusive while for them, at least for these secular Jews, it's necessarily a broken and inclusive experience. But why should it be important for Adventists to consider the understanding of history and future of these Jewish secular thinkers – and Elie Wiesel's personal witness? Because their reflections put us in touch with two elements of human existence we Adventists easily overlook and resist seriously considering.

First, the validity and exceptionality of the particular. Adventists keep working with universal categories, theologically and administratively, that resist validity of exceptions and singular cases. Exceptions are not derogations to the validity of a rule or doctrine but signs of intrinsic limitation and insufficiency. We still want Adventists worldwide to study the same Sabbath school lesson. We still want to impose the same trans-cultural rule of not ordaining women to pastoral ministry – onto every culture. The exception is still, for us, a defeat and a failure. And this reflects our unhealthy trend to submit people's life to our religious schemes rather than the other way round. That is, to prove the validity of our religious schemes by facing them with people's real human experience. A linear understanding of time and history like ours tends to cancel the beneficial opacity only real people can introduce in life and history. Life and experiences are not interchangeable. Every life is unique and not replaceable by a pretended major benefit of the system as a whole. To say it in Kirkegaardian terms, it's the particular that assesses the universal because truth is related to concrete life.

Second, learn to live with irreversible loss. A young life can become anything but, as life continues, the possibilities are reduced and we must learn to accept life as it is and try to make sense of it. This is the tragic component of all human life. Forgetting this pushes individuals and religious communities to grandiose and megalomaniac efforts of looking for the impossible.  Sociologically speaking we Adventist are no longer a young movement and, for this reason, we must not pretend to behave as such. The acceptance of our sociological age implies acceptance of some irreversible loss in unity, homogeneity, enthusiasm, ideals or religious claims. To give up all our ideals is certainly inappropriate but to pretend to keep all historic ideals intact is inhuman, perhaps even diabolic. History, family, marriage, profession, faith, religion or hope are always modified and modulated by the obstacles and vicissitudes we meet in life. To experience irreversible loss physically, emotionally and religiously doesn't disqualify either the human experience in itself or the individual. It introduces us in a different understanding of what a human experience is. Only humility, silence, patience and wisdom can teach us that a compromised and broken life, marked by irreversible loss, is still a good life, worthy of being lived fully – individually or as a community. This is the suffered and healing witness Elie Wiesel has left behind. Adventists would do well to reflect upon it.

[4] https://en.wikipedia.org/wiki/Giacomo_Marramao; see, for example: The Passage West: Philosophy After the Age of the Nation State