Perspective: How a California Law Would Pit LGBT Rights Against Religious Institutions' Beliefs

Perspective: How a California Law Would Pit LGBT Rights Against Religious Institutions' Beliefs 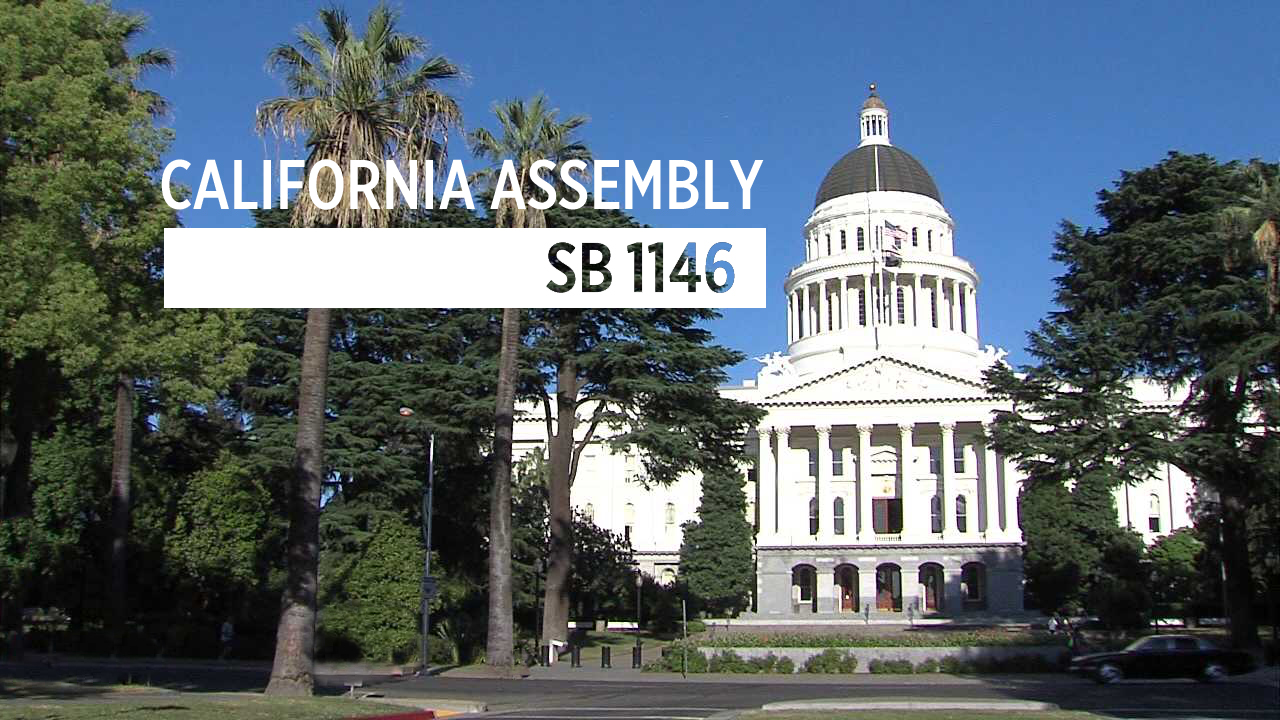 A bill that would extend the non-discrimination requirements of a state-funded university and college scholarship program to participating religious colleges and universities is quickly making its way through the California state legislature. Opponents argue that as currently drafted, California's SB 1146 (California Legislative Tracker) would make it impossible for these religious institutions to continue to uphold and enforce their faith-based sexual conduct rules. This article is an analysis of the current bill, a look forward as to what could happen if it passes, and a brief survey of potential outcomes of prospective litigation. The article is not intended to address the correctness of the religious belief, but rather to address it in the larger context of the right of religious institutions to freely exercise their religious beliefs.

On June 30, 2016, SB 1146, which passed the State Senate in May, will be heard before the Assembly Judiciary Committee. According to bill opponents, schools that receive money via the Cal-Grant scholarship program would no longer be able to limit married student housing to married-female couples, bar transgendered individuals from the dorms of their choice or otherwise act in a discriminatory manner against LGBT students.

An earlier draft of the bill included prohibitions religion-based discrimination, but that language has since been omitted. Originally, SB 1146 would have prevented Christian colleges from things such as favoring students who are members of their faith or requiring chapel attendance.

Cal Grant scholarships provide up to $9,084 for tuition and $1,656 in tuition and fee assistance each year to students that meet financial and academic requirements who attend qualifying private colleges and universities.

Several Christian universities and colleges are opposing the bill including BIOLA University, Fresno Pacific University, William Jessup University, Concordia University Irvine, and Life Pacific College, and others. The Association of Independent California Colleges and Universities (AICCU) has requested that the first Section of SB 1146, which applies non-discrimination provisions to religious colleges and universities, be eliminated.

How SB 1146 Changes the Law
First, SB 1146 would apply all non-discrimination provisions to religious colleges and universities that benefit from public funds except discrimination based on "religion." This means that religious schools cannot discriminate on the basis of disability, gender, gender identity, gender expression, nationality, race or ethnicity, sexual orientation, or any other characteristic that is contained in the definition of hate crimes set forth in Section 422.55 of the Penal Code. SB 1146 significantly changes Section 66271 of the Education Code by removing the current exclusion of educational institutions "controlled by a religious organization if the application would not be consistent with the religious tenets of that organization."

Secondly, SB 1146 would require colleges that have applied for exemptions to the Federal Title IX non-discrimination provisions on the basis of sex to publicly disclose this fact. Currently the Federal government requires institutions that wish to obtain federal funds to seek a waiver from Title IX non-discrimination requirements. The intent of this portion of SB 1146 is to give LGBT students and others fair warning before they attend that they may be subject to discrimination. In turn, this disclosure could provide prima facie evidence of discriminatory intent or allow litigants to target these institutions. Institutions that are not currently participating in the waiver program might be susceptible to both federal and state actions if they discriminate in other ways such as disallowing LGBT clubs on campus. (A listing of universities that have applied for and/or received Title IX exemption including their requests and the Federal response letter for each is available from the U.S. Department of Education and only 4 are in the state of California. It is noted that the three Seventh-day Adventist colleges and universities in California are not listed as having sought Title IX exemptions.)

Thirdly, SB 1146 would also add section 66292.8 to the Education Code which states that SB 1146 "shall not be construed to prohibit students from seeking civil remedies under the provisions of this chapter for discrimination." Getting past the double-negative in the text, "shall not be construed to prohibit," this means that students can sue for money or an injunction if they think they are being discriminated against by a religious college or university. If they happen to sue an institution that is disclosing its Title IX exemption, the fact that institutions have exercised a Federal right to an exemption could be used as evidence against them in state court.

In Summary
First, SB 1146 will require religious colleges and universities to adopt policies of non-discrimination on the basis of sexual orientation in order for students to receive state-funded scholarships under the Cal Grant program. Secondly, SB 1146 will require these institutions to give notice if they have requested an exemption to Title IX.  Thirdly, SB 1146 will permit lawsuits against institutions that are perceived to discriminate on the basis of sexual orientation regardless of whether they accept the Cal-Grant scholarships. The bill will not apply to programs designed for students who want to become members of the clergy or other specifically religious careers.

What’s Next?
For the past few years, we have been tracking attempts by various interests to secularize California's religious colleges and universities. In the past, accepting new bond programs seemed to be the most direct avenue of government control, but SB 1146 expands this scenario by implicating institutions that participate in existing grant programs and tacitly encouraging litigation against institutions that discriminate as a tenet of their faith.

Assuming that SB 1146 passes and is signed into law by Governor Jerry Brown, California's religious colleges and universities will be put to the test. They will have to decide whether to refuse to comply and litigate the issue, forgo benefits from significant state funding, acquiesce and modify their non-discrimination policies, close down, or move out-of-state.

This legislation will likely soon lead to litigation in two ways. First, students may file lawsuits under a newly enacted Section 66292.8 of the Education Code claiming discrimination. Second, institutions may pre-emptively file lawsuits claiming that their exclusion from the state grant program constitutes violation of the Free Exercise Clause, to which their opponents might respond that provision of such funding violates the Establishment Clause.

Institutions that argue that they have a continued right to discriminate on the basis of their religious beliefs would still have arguments that they could apply in defense of their practices.

The argument over the competing clauses of the First Amendment could hinge on the issue of whether a non-discrimination provision would trump the equal protection argument that the government cannot use an issue of faith to discriminate in the provision of benefits to students who attend private religious schools, or against religious students on public campuses.

The Supreme Court has previously ruled that religious access to public funding does not violate the Establishment Clause. For instance, iIn Agostini v. Felton, 521 U.S. 203 (1997) students attending religious schools were found eligible for federal remedial assistance, and in Rosenberger v. Rector and Visitors of Univ. of Va., 515 U.S. 819 (1995), a Christian student organization was found eligible for activity funds at a public university.

However, the Ninth Circuit, which includes California has been less hospitable toward claims of religious schools to public funding. In the case of KDM v. Reedsport School District, 210 F.3d 1098 (2000) relied on Employment Division v. Smith (2000) to determine that the free exercise rights of a blind student with cerebral palsy were not impermissibly burdened when the state declined to provide special education services to him at a religious school campus. The Court recognized that the regulation did in fact discriminate against religious school students by treating them differently, but that this discrimination did not actually burden the free exercise rights of the student or his parents.

Applying this case to the SB 1146, the Ninth Circuit might argue that the free exercise rights of a religious college in California are not impermissibly infringed upon when students of that college are denied funds because that college discriminates based on sexual orientation.

There is much confusion throughout the United States on how to manage the connections between state funding and religious institutions. This fall, the Supreme Court will hear a case on the issue of whether religious schools should be able to force a state government to abandon a state constitution prohibition on funding to religious institutions and to provide the religious schools with generally available benefits. See Trinity Lutheran Church v. Pauley this fall.

Of course, some will argue that access to a state grant program by an institution that discriminates based on sexual orientation and access to a state program for resurfacing preschool playgrounds are fundamentally different. However, the same issue exists regarding whether a state can be compelled to provide funding that will ultimately benefit parochial institutions that still reserve the right to discriminate against other groups.

If passed, SB 1146 will face litigation as religious institutions contend that the state is unconstitutionally imposing a condition on religious institutions with the intent of pressuring them to compromise their free exercise of religion. The state could make a determination to only fund public schools with the grant programs, but when they open the program up to religious and secular private schools, the state cannot use this leverage to punish now grant-dependent religious schools that refuse to abandon their free exercise of religion.

NOTE:  To clear up some confusion, SB 1146 is similar in intent to AB 1888 (Low) but is not the same bill. AB 1888 would require institutions that receive Cal Grants to certify that they would not discriminate against potential students, students, or faculty by sex, sexual orientation, gender identity, or gender expression, and not apply for a waiver from the Federal Title IX non-discrimination requirements for receipt of federal funds. AB 1888 might include a “grandfathering” provision that will not cut off existing Cal Grant funding. This bill is currently held under submission in an Assembly committee and will likely remain dormant if SB 1146 passes.

Michael Peabody, Esq. is editor of ReligiousLiberty.TV, an Adventist jurisprudence website celebrating freedom of conscience where this article first appeared. It is reprinted here by permission.