Why Have a Church?

Why Have a Church? 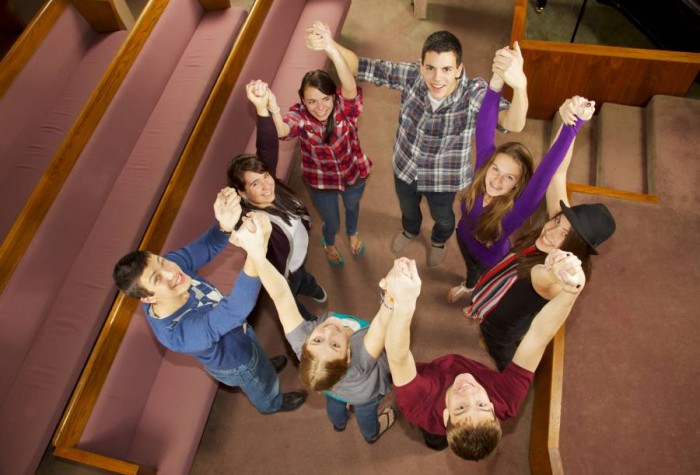 Some of the weird, angering, funny things that have happened to me religiously have led me to ask the question, “Why do people even have a church?” It seems I am not the only one asking this question. A relatively recent survey found that Millenials are leaving the church at rate greater than their similarly situated generations in the past. 26% of Millennials claim no religious affiliation. This is six percent more than my generation at that time and 13% more than the generation before mine. Only 18% say they attend church weekly, down 3% from the generation before them and down 8% from the generation before that. What is odd about Millennials is that the traditional private indicators of spirituality are still relatively high. 40% say religion is important to them, 41% say they pray daily and 53% are certain God exists. So it seems that young people are walking away from the church, but they are not walking away from God. This begs the question what the role of the church is. In my study I have found four things that I think a church is supposed to do (I am sure there are more, but this is what I found).

1.       Spread the gospel – The original need for a church existed only because the apostles followed the leading of the Holy Spirit and accomplished their mission. The Great Commission, given by Christ Himself was to go into all the world and make disciples and teach them the lessons Christ taught them. It seems to me that this is the primary purpose of a church.

2.       Community – The church was to be a community of believers. In Acts 6:1-6 we see an example of a problem in that community (the inequitable treatment of Greek Jews). But we also see that the problem is creatively solved in order to keep the community together. Acts 2:44-47 shows us an example of the community in harmony, sharing with one another and sacrificing for one another.

3.       Break down barriers – There was a problem in the church of Galatia. Judaizers came to the church, attempting to cajole the new Gentile Christians to follow all the laws of Judaism. They began to cause dissension, dividing the fledging church into the good (those who would follow the many laws of the Pharisees) and the bad (anyone who would not). This division led Paul to write, “There is neither Jew nor Greek, there is neither slave nor free man, there is neither male nor female; for you are all one in Christ Jesus.” The church exists not to divide, but to unite. Not only God to his fallen creation, but each of us with each other. There should not be division within the walls of the church.

4.       Tradition – The church exists to both break and uphold tradition. For example, we see the apostles break with tradition at the Jerusalem Council in Acts 15, allowing Gentiles to be freed from most Jewish rules. But in 1 Cor. 11, Paul upholds certain traditions, even while attacking Gnostic tradition.

As I stated before, I am sure there are more things that churches were established to do. I don’t know about you and your faith tradition, but I readily admit that many of the churches I have known have not seemed to be focused on many of these factors, if any at all. But maybe I’m wrong, or at the very least living a particularly singular existence. I might be among a vocal minority whose churches have not fulfilled these four requirements. Maybe many of you are attending churches that work well for the purposes of founding a church. However, if your church is like the ones I have known, then you know it is time for a change. The only question is what will we do about it?