Radical Rest: Marx and the Political Implications of the Sabbath

Radical Rest: Marx and the Political Implications of the Sabbath 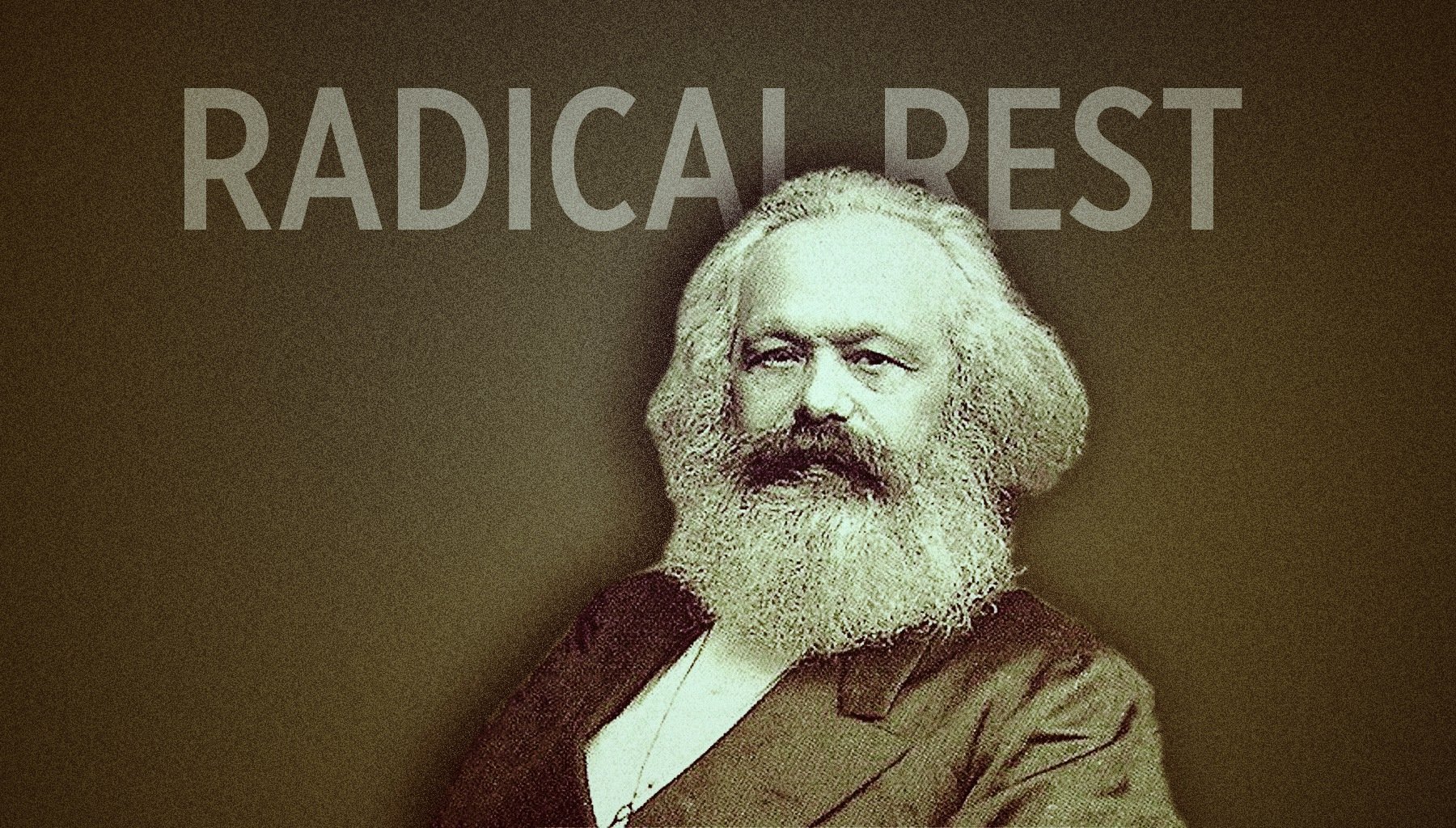 “Woe to him who builds his house by unrighteousness, and his upper rooms by injustice; who makes his neighbors work for nothing, and does not give them their wages” — Jeremiah 22:13 (NRSV)

“Capital is dead labor, which, vampire-like, lives only by sucking living labor, and lives the more, the more labor it sucks.” — Karl Marx

There is perhaps no other doctrine as central to Adventist religious identity as the Sabbath. It is a doctrine that does not exist in a vacuum. The Sabbath doctrine is discursive; it permeates the rest of Adventist theology from the denomination’s perspectives on biblical inspiration to Adventism's distinctive eschatology. In reference to both the creation narrative found in Genesis 1-3 and the Ten Commandments first mentioned in Exodus 20, the Sabbath doctrine asserts that Saturday is the God-ordained day of rest and, Adventists contend, the ultimate seal of God that marks salvation (as opposed to Sunday).

However, despite this doctrinal position, the concept of rest from labor on the Sabbath has significant political implications and offers a radical vision that extends beyond, while certainly not abandoning, Adventist religious identity. In calling the believer to a weekly rest from labor, it disrupts the unjust economic and political systems that continually dominate and marginalize humans based on their class, race, gender, sexuality, and religion. If extended even further, a radical Sabbath rest targets these same oppressive systems and makes the liberation of creaturely life from them a priority. However, in order to fully appreciate the social and political implications a radical Sabbath rest might have, Adventist theology must turn to and consider Karl Marx’s analysis of capitalism and its effects on both the human individual and society as a whole.

It might appear counterintuitive to bring theology into dialogue with the man who compared religion to an opiate. However, the invaluable contributions of liberation theologians in the last century have demonstrated that a Marxist approach can be adopted without succumbing to the late philosopher’s pessimistic perspective on religion. Writing centuries after the biblical account, Marx aimed his intellectual crosshairs at the economic and political ideologies that grew out of the industrial revolution in Europe—ideologies that proved increasingly harmful to humans by alienating them from both the products they manufactured for others' consumption and from each other. “External labor,” Marx writes, “labor in which man alienates himself, is a labor of self-sacrifice, of mortification...it belongs to another; it is the loss of his [man’s] self" (Economic and Philosophical Manuscripts of 1844: Estranged Labour).  Marx’s philosophical project favored a proletariat revolution that would supplant the power wielded by the upper class and overturn the social and political alienation ignited and perpetuated by capitalist systems. By clearly identifying these systems and their effects on human life and society, Marx’s analysis beckons a deeper look into the political implications rest from labor might have on our hyper-capitalist culture.

Although Marx’s work has influenced and sparked countless revolutions throughout the globe—with the positive and negative effects, depending upon location—the dream of an egalitarian society entirely free of capitalist ideology has never been realized. Today, neoliberal capitalism is the new law of the land, and under the guise of globalization and development it exploits laborers throughout the world while ravaging the environment in order to maintain the comfort of a wealthy few. Still, the effects of capitalism are also felt within the boundaries of wealthier and supposedly privileged nations. In the United States, development projects divide citizens by race and class and it is these same marginalized communities that are the most likely to be affected by environmental racism—a jarring side effect of the waste emitted from factories and cities throughout the globe. If, as numerous theologians have argued, sin extends far beyond personal piety and is indicative of the powerful and unjust political systems that dominate creaturely life on Earth, Seventh-day Adventists, along with a large percentage of the population, remain complicit in this exploitation.

A radical Sabbath rest aims to move beyond the a-political mirage weaved by Adventist doctrine that inadvertently makes the church an accessory to the crimes of the capitalist machine. As Jesus’ ministry demonstrates, rest and inaction are not analogous to one another. In Mark 3, Jesus heals a man with a shriveled hand on the Sabbath, and in Luke 13 he extends healing words to a crippled woman on a day designated for rest. Jesus’ acknowledgment and attention to the marginal was a direct challenge to the unjust status quo of his time that unfairly equated disease and illness with divine punishment. Jesus’ rest was disruptive and radical. Therefore, to rest on the Sabbath is not a command of withdrawal from the world or ecclesial reclusion. The move towards a radical Sabbath rest subverts our hyper-capitalist culture by beckoning us to cease from labor and consumption and to turn our attention to the “least of these.” It’s a powerful proclamation to both break from our participation in sinful systems of domination and to transform them.

As Marx observes, “The emancipation of the oppressed class thus implies necessarily the creation of a new society. For the oppressed class to be able to emancipate itself it is necessary that the productive powers already acquired and the existing social relations should no longer be capable of existing side by side” (The Poverty of Philosophy, Chapt 2.5). What Marx deemed as revolution, Christianity may identify as discipleship—to hear the suffering speak their truth in order to challenge power and foster redemption from sinful systems of oppression. Therefore, a radical Sabbath rest rescues the believer from their complicity and brings them into a space where healing and transformation are the imperative. This radical rest implores us to ask deeper questions about what exactly we are resting from and the wider political effects of that rest. Marx’s prophetic voice rings vibrantly alongside that of Amos, Isaiah, and Micah by reminding us that our concerns should always bend toward justice for the oppressed and the marginalized. The Sabbath presents Adventists with an unique opportunity to do just that.

Joshua A. Méndez is an M.A. Candidate in Religion: Interdisciplinary and Comparative Studies at the Claremont School of Theology.