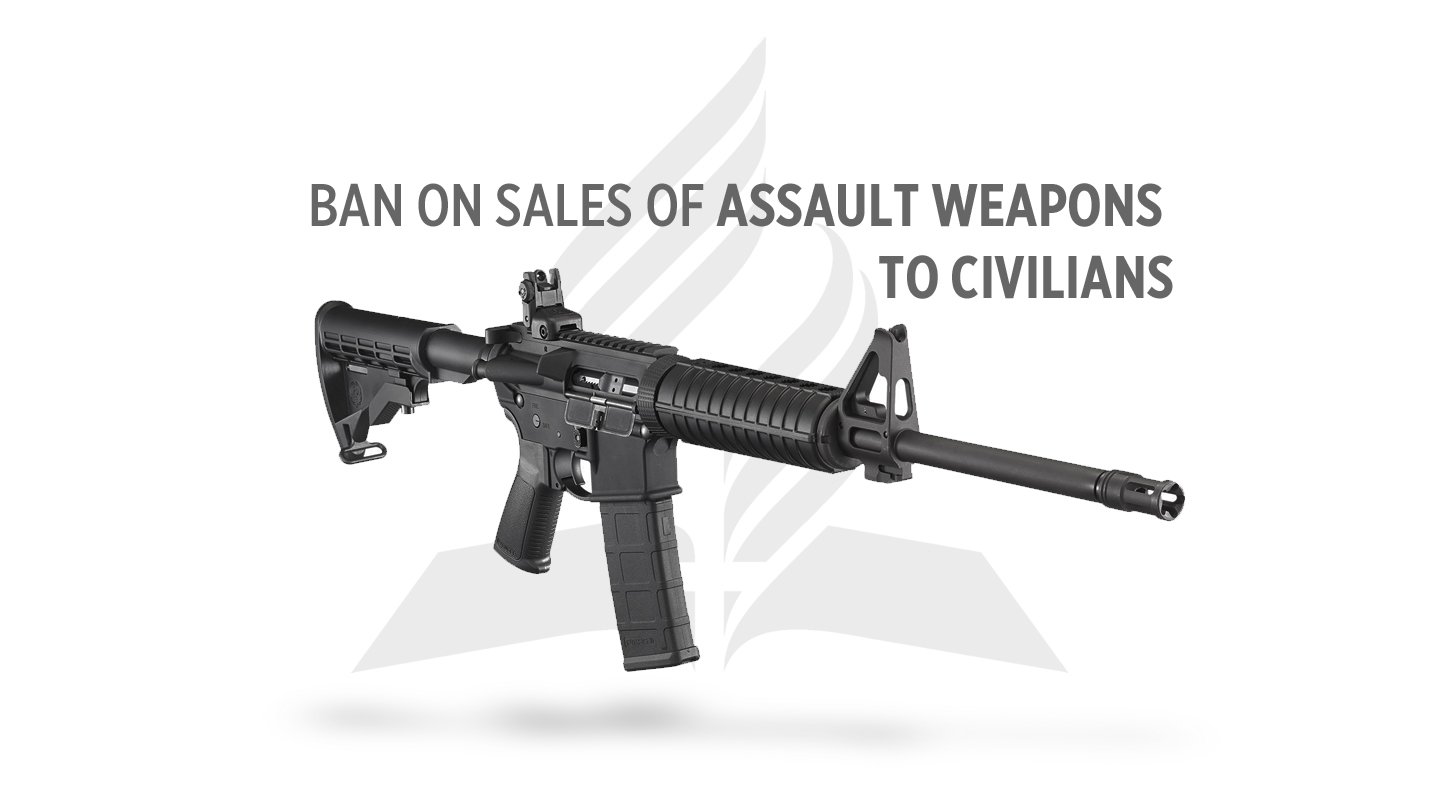 The Pulse Massacre Sunday in Orlando, Florida has once again shone a light on the use of assault weapons in acts of mass violence. The Seventh-day Adventist Church has spoken clearly against the legal sale and purchase of such weapons.

The following is the Seventh-day Adventist Church's official stance on assault weapons, adopted in 1990. -Ed.

BAN ON SALES OF ASSAULT WEAPONS TO CIVILIANS
Automatic or semi-automatic military-style weapons are becoming increasingly available to civilians. In some areas of the world it is relatively easy to acquire such guns. They show up not only in the street, but in the hands of youngsters at school. Many crimes are committed through the use of these kinds of weapons. They are made to kill people. They have no legitimate recreational use.

The teachings and example of Christ constitute the guide for the Christian today. Christ came into the world to save lives, not to destroy them (Luke 9:56). When Peter drew his weapon Jesus said to him: "Put your sword back in its place . . . All who take the sword will die by the sword" (Matt. 26:52 TEV). Jesus did not engage in violence.

The argument is made by some that banning assault weapons limits the rights of people and that guns do not commit crimes, but people do. While it is true that violence and criminal inclinations lead to guns, it is also true that availability of guns leads to violence. The opportunity for civilians to acquire by purchase or otherwise automatic or semi-automatic assault weapons only increases the number of deaths resulting from human crimes. Possession of guns by civilians in the United States has increased by an estimated 300 per cent in the past four years. During the same period there has been a staggering increase in armed attacks and resulting deaths.

In most of the world such weapons cannot be acquired by any legal means. The Church views with alarm the relative ease with which they may be acquired in some areas. Their availability can only open the possibility of further tragedies.

Pursuits of peace and the preservation of life are to be the goals of Christians. Evil cannot be effectively met with evil, but must be overcome with good. Seventh-day Adventists, with other people of good will, wish to cooperate in using every legitimate means of reducing, and eliminating where possible, the root causes of crime. In addition, with public safety and the value of human life in mind, the sale of automatic or semi-automatic assault weapons should be strictly controlled. This would reduce the use of weapons by mentally disturbed people and criminals, especially those involved in drug and gang activities.