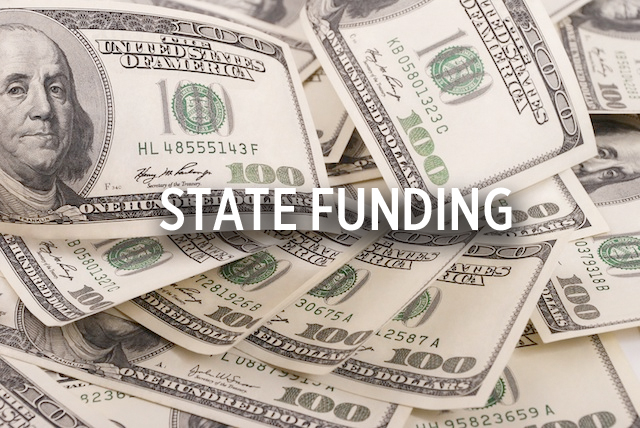 A number of religious organizations have filed amicus briefs in support of a church that is suing the state of Missouri for discrimination when churches are categorically denied funding under the state constitution, but at the same time want to reserve the right to discriminate against groups and individuals when it comes to the use of state-funded church-based infrastructure. Trinity Lutheran Church v. Pauley is ostensibly only about the availability of direct funding for a church playground, but could it open the door to state regulation of the funded infrastructure in the future?

In January, the U.S. Supreme Court agreed to hear a case of whether the state of Missouri can be compelled to pay to resurface a church playground with recycled material under an otherwise neutral and secular aid program when such funding to churches is barred by the state constitution.

When the court first decided to hear the case of Trinity Lutheran Church of Columbia, Inc. v. Pauley, Justice Antonin Scalia was still on the bench, and it seemed that the court would be poised to overturn the lower court rulings, which had found that Missouri’s “no-aid” clause (also known as the Blaine Amendment) prohibited the funding on grounds that the clause is inherently discriminatory.

Advocates for the church argue that Missouri is discriminating against religious institutions by categorically prohibiting the funding to religious organizations and that state aid does not violate the Establishment Clause because the funding program, according to the World Vision brief, is “neutral and evenhanded.” The Union of Orthodox Jewish Congregations of America argues that blanket prohibitions of government aid “expose religious institutions to significant health, safety and security dangers,” while others argue that emergency assistance such as police and fire services are always available and that infrastructure repair is a separate matter.

Several states, including Nevada, Alabama, Arizona, Arkansas, Florida, Georgia, Louisiana, Michigan, Montana, Nebraska, Ohio, Oklahoma, South Carolina, South Dakota, Texas, Utah, West Virginia, and Wisconsin, also have joined in a single amicus brief, claiming that state aid to churches should be constitutional. All of these states also have Blaine Amendments and further argue that the Blaine Amendment punishes churches by depriving them of a “civil right” to state funding.

Churches Claim State Discriminates Against Them in Denying Funding, but Churches Still Want Right to Discriminate in Use of These Funds

Thus far, there have not been many cases on point, and where they exist it has been because the religious facility was advertised as generally open to the public, but the church later denied access on the basis of sexual orientation, or where a church institution that discriminated against biracial couples wanted to maintain their tax-exempt status.

Those arguing on behalf of the churches also have been known to argue that laws prohibiting discrimination do not affect churches because of the separation of church and state, and if, better said as when, these churches face litigation over neutral access to their facilities, they will likely argue that church–state separation prohibits the government from telling them what they can do with their own property. But the briefs, as they currently stand, are arguing for a strict formal equality between funding to churches and secular interests, which is a position they will have to abandon should the equality argument be used against them in the future.

Churches are arguing for a strict formal equality between funding to churches and secular interests, which is a position they will have to abandon should the equality argument be used against them in the future.

Until relatively recently, it was a given that state-level no-funding Blaine Amendments, found in about half the states, duplicated the Establishment Clause (via the 14th Amendment) in prohibiting state funding of religion, but now that Blaine Amendments are being attacked on their own merits, I believe we are seeing a chipping away of the principle of church independence from the state in which the Establishment Clause was forged.

Churches Argue: Get the Money Now – Worry about Regulation Later

At this stage, a clear but thin line is separating struggling churches from state funds, and most denominations will likely support Trinity Lutheran Church in its quest to compel state funding. Most churches are satisfied to defer the inevitable issue of “exemption from state regulation” to a future case. Indeed, my own denomination, the Seventh-day Adventist Church, has joined an amicus brief on behalf of the petitioners, arguing that the Missouri Blaine Amendment discriminates against churches and that the state should be compelled to fund them if they apply for neutral state-aid programs.  In the event that the state is ultimately compelled to provide the funding and somebody sues the churches claiming that the churches denied them access due to their protected class (i.e. sexual orientation, religion, etc.), the churches would likely claim the right to discriminate in the way that they use the state funds.

Even if it were possible that religious exemptions from non-discrimination laws would rise and fall regardless of who wins this case, what is undisputable is that the petitioners and their amici in Trinity Lutheran Church are arguing that the wall of church–state separation must be weakened to benefit churches.

What is undisputable is that the petitioners and their amici are arguing that the wall of church–state separation must be weakened to benefit churches.

State money does not come without regulation. As the prominent Baptist minister John Leland observed in 1804, “The fondness of magistrates to foster Christianity has done it more harm than all the persecutions ever did. Persecution, like a lion, tears the saints to death but leaves Christianity pure: state establishment of religion, like a bear, hugs the saints but corrupts Christianity, and reduces it to a level with state policy.”

Sometimes it is better to leave the money on the table and walk away.

Michael Peabody, Esq. is editor of ReligiousLiberty.TV, an Adventist jurisprudence website celebrating freedom of conscience where this article was first published. It is shared here with the author's permission.