The Dilemma of European Multiculturalism

The Dilemma of European Multiculturalism 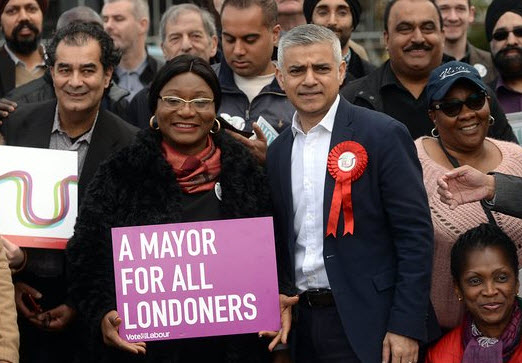 In a Europe struggling with the rise of Islamophobia, torn by debates about the refuge flood and on edge over religious, ethnic and cultural disputes, London has elected its first Muslim mayor – Sadiq Khan. Such a move is, arguably, confirmation that Britain’s capital is one of the most liberal and secular cities in the world – even as the country contends with unprecedented immigration and rising radicalization.

But London is hardly representative of Britain. About a quarter of its residents are foreign-born and one-eighth are Muslim. And Mr. Khan is not the first Muslim to hold prominent office in Europe. Rotterdam, in the Netherlands, has had a Muslim mayor since 2009. Nonetheless, Mr. Khan, 45, won a striking victory after a campaign dominated by anxieties over religion and ethnicity. The Conservative candidate, Zac Goldsmith, educated at the exclusive Eton College and son of a billionaire Jewish businessman, attacked Mr. Khan’s past advocacy for criminal defendants, including his opposition to the extradition of a man who was later convicted in the United States of supporting terrorism. Goldsmith said Mr. Khan had given “oxygen and cover” to extremists.

Khan’s victory is held up as proof of London’s egalitarianism. His father was a bus driver for 25 years and his mum, a stay-at-home seamstress. He lived with his parents and siblings in a cramped three-bedroom house in south-west London, sharing a bunk-bed with one of his brothers until he left home in his 20s. He then attended the local comprehensive, Ernest Bevin College, which he describes as "a tough school - it wasn't always a bed of roses". The nickname "Bevin boys" was, at that time, a byword for bad behavior. It was there that he first began to gravitate towards politics, joining the Labour Party at age 15. He credits the school's headmaster, Naz Bokhari – who happened to be the first Muslim head-teacher at a UK secondary school – with making him realize "skin color or background wasn't a barrier to making something with your life". Mr. Khan was raised Muslim and has never shied away from acknowledging the importance of his faith. In his maiden speech as a Member of Parliament he spoke about his father teaching him Mohammed's sayings, in particular the principle that "if one sees something wrong, one has the duty to try to change it". He does not drink and when he was joining the Privy Council, which advises the Queen, he asked to be sworn in using a copy of the Koran rather than a Bible.

But the newly-elected Mayor has an even broader cultural profile. Beyond being non-white and non-Christian, he is also non-homophobic. In 2007 he voted Yes on the Equality Act (Sexual Orientation); in 2013 he voted in favor of allowing same-sex couples to marry. In 2014, he voted to “enable the courts to deal with proceedings for the divorce of, or annulment of the marriage of, a same-sex couple” and in 2015 he voted to make “same-sex marriage available to armed forces personnel outside the UK”. During his mayoral campaign LGBT activists organized a fund-raiser.

Mr. Khan said: "This election has not been without controversy. I am so proud that London has chosen hope over fear and unity over division. I hope we will never be offered such a stark choice again...Fear does not make us safer – it only makes us weaker. And the politics of fear is simply not welcome in our city." Sadiq Khan's life to date has been characterized by beating the odds. When Labour politicians put themselves forward to run for mayor last year, Mr. Khan was far from being the favorite. But if there is a pattern in Khan's career, it's one of coming from behind. From an early age he showed an odds-defying resolve in order to win success for himself and the causes he valued. That resolve has now won him the biggest personal mandate in the UK, a job with wide-ranging powers over London and enormous symbolic significance.

There are three important cultural messages implicit in this event.

-   First, Europe today is not an ethnically pure continent. Perhaps it never has been. But the numbers clearly show this ethnic diversity has become, on one side, politically determinant and, on the other side, formed by a new asymmetrical religious and cultural component. European migrants are not necessarily Christian or come from a Christian background. The second religion in France, Italy and Spain – after Catholicism – is Islam, not Protestantism.

-   Second, many of these culturally asymmetrical new Europeans are economically and politically progressive, while partially maintaining their original cultural background. In the past integration was achieved in the second generation, but with abandonment of the precedent cultural roots. This process has changed to a cultural “multiple-self” profile, which is at the base of new complex identities.  Thus today’s non-European cultural identities are not residues of a primitive past but manifestation of a new and still unknown future.

-   Third, as much as the “modernity” or “post-modernity” of these asymmetrical new Europeans is tempered by tradition, this traditional belonging itself has become more flexible. It has been enriched and modified by typical European motives. The original religious and cultural background doesn't remain hermetic, homogeneous and pure but is “contaminated”, creating a more flexible and moderate religio-cultural world. Despite the visible signs of cultural integration failure, as seen these years in London, Paris, Madrid or Brussels, the multicultural European project is certainly not over. Sadiq Khan's election as Mayor of London is a tremendous positive swing toward a multi-culturally integrated Europe.

Consider now the parallel situation of multiculturalism in the SDA European Church. We can also perceive here three distinct processes going on.

-   First, a "Demographic Change". This is a process that has been going on for twenty to fifty years, depending on the country. One need only visit the Adventist communities of Paris, London, Oslo, Madrid or Milan to immediately recognize a tremendous ethnic shift. The majority of Adventists in Europe have become non-Western in origin. While this process is present elsewhere, in Europe it is more dramatic in the major metropolitan areas due to the reduced number of native Europeans resident there. Such demographic change is, in one way, enormously positive because it has literally saved some churches from dying. But it is a double-edged sword because many Adventist communities that now praise, preach and live in Florence, Strasbourg or Amsterdam do so as if they were in Lima, Kinshasa or Accra. They live their faith without considering at all the religious needs of a healthy and positive European inculturation.

-   Second, an "Administrative change". The demographic change eventually begets the corresponding administrative power shift. Non-European Adventist communities don't want to remain voiceless. And they pretend to exercise power and be determinant in addressing the various problems Euro-Adventism is facing. But often it is without paying attention to the particularly European context. In some countries this administrative shift has already occurred. In others not yet. In Italy for instance more than fifty per cent of Adventists are not ethnically Italians, but the administrative leadership is still one hundred per cent Italian. The problem is not whether an African or Latin-American pastor becomes president of the French or Italian Adventist Union. That's not only possible, it could be desirable. Under one condition – that they behave as Europeans. The paradoxical risk would be to have European leaders, even with names like Rossi, Dupont, Smith or Schumacher – but who think and act as Brazilian, African or Peruvian – giving up completely the necessarily European vocation Adventism should have.

-   Third, a "theological change". The diffuse and irreversible demographic change has not only initiated a parallel administrative shift but consequentially moves to drastically reorient the theological European Adventist paradigm into the mainline Adventist one. After this the European specificities will no longer matter. What matters then is to align oneself to the standard, trans-cultural Adventist model. The vast majority of non-European Adventists living in Europe want to be theologically heard and have espoused a crusade to liberate European Adventism of ecumenism, theological curiosity, religious experimentation or cultural sensibility and friendliness. This militant homogeneous Adventism is contagious and spreads itself not only among non-Europeans but also among Europeans themselves, which paradoxically induces ethnic Europeans to be propagators of this non-European Adventism.

This is what I call the de-Europeanization process European Adventism is now going through. It urgently needs to be revisited and be administrated differently because this Adventist multiculturalism is not flexible and open but rather ideological and self-referential. We don't have, in today's European Adventism, a “Sadiq Khan experience”. The dilemma today appears this way: either you are Adventist and thus cannot be completely European, or you are really a committed European and then are considered a “bad” Adventist. And this can't be attributed solely to the indifference of native Europeans. That would be a much too easy and complacent alibi. We also do not succeed in Europe because we are not addressing, in our message, the problems that are important for Europeans today. And the gap between Adventism and Europe unfortunately keeps growing.

Church membership in Europe is fast growing into a hard identitarian Adventism, concerned with its own theologically poor and self-referential obsessions and stuck in the incapacity of being empathetic with today's European needs and challenges. In leadership the same trend is visible by its increasing obsession to preserve rather than create, and by the embarrassing bureaucratic and centralistic spirit of today's main strategies – naively sold as administrative accuracy and theological orthodoxy. To reverse the situation we need vision, creativity and theological flexibility. All these ingredients have nothing to do with apostasy, dismissal or renunciation of our religious convictions but rather represent the very essence of any serious and winning theological project. Will we be able to form a generation of non-European Adventists (the growing majority) who maintain their connection with original cultural identity but concurrently allow it to be positively influenced with European motives and categories – as Sadiq Khan's cultural profile illustrates?