Toward an Integrated Adventist Bioethics

Toward an Integrated Adventist Bioethics 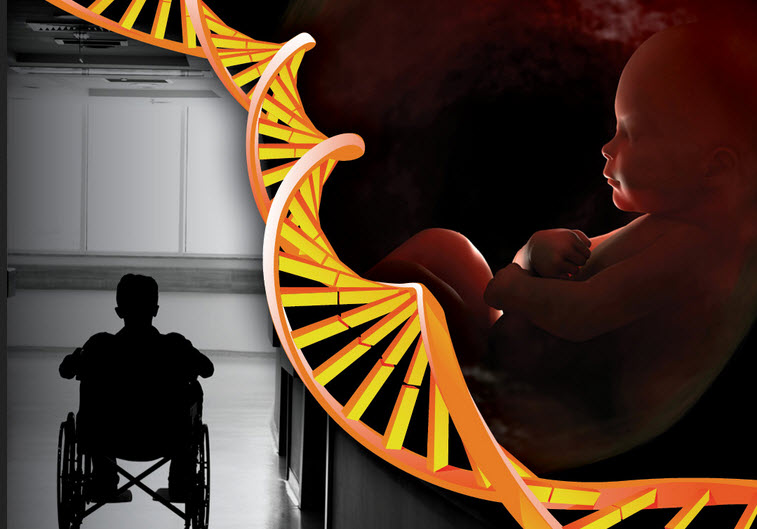 In my initial Spectrum Column I asserted that there is no Seventh-day Adventist ethic. But there are certainly Seventh-day Adventist ethicists and, more specific yet, Adventist bioethicists exist in disproportionately high numbers. This fact is surely due to our traditional emphasis on healthcare as an essential element of the ministry of Jesus Christ. This week, at Loma Linda University, the first ever national meeting of Adventist Bioethicists was hosted by LLU’s Center for Christian Bioethics. Among the other goals for our meeting, the following two strike me as particularly important, and particularly difficult:

-“To strengthen the bioethics bond between the Adventist Church and its health systems in North America.”

-“To explore the potential for future cooperation in bioethics across the Adventist health systems.”

Worthy goals indeed. I'll address the first goal in this column and save the second for a future piece. My initial—and pessimistic—response is due to my reading of the history and current practice of the two relational elements set out in these goals. First, the "bond" noted between the subcultures of the Adventist Church and its health systems in the U.S. is tenuous to begin with, something admitted by the goal itself. To help us understand what is going on today, we do well to trace a bit of our history.

The dramatic growth experienced by the Church in its early days in Battle Creek, MI resulted in at least two sub-cultures, ministerial and medical. These cultures are typified by the impressive community involvement and outreach of Kellogg's Sanitarium and the ministerial attention given to the Press and the role it played in Church's evangelism and growth. Tension was not long in coming, following the success of these emerging Adventist institutions. Some of the leadership at the time were content to offer health care to the public as an end in itself. Others insisted that healthcare be an entering wedge; another form of evangelism. Historian James K. Davis notes that this “tension . . . has been present in Adventism ever since the early days of Battle Creek Sanitarium.” Davis refers to the “pole of professionalism” and the “pole of sectarianism,” or what I call the ministerial and medical sub-cultures of the Church (Davis, 1983, 48–59).

The locus of this tension in Battle Creek fell on the person and professionalism of John Harvey Kellogg and the Sanitarium he built with the backing of the Church. He and his medical supporters routinely clashed with the Church's leading ministers and administrators, primarily over the balancing of the purpose and goals of the Church and its ministries. Fire destroyed the Sanitarium in 1902. In the effort to rebuild, stress with Kellogg proved too much. By 1907, he was officially dis-fellowshipped by the Battle Creek Seventh-day Adventist church. Yet he managed to wrest the Sanitarium from the Church. According to the socio-historical work of Malcolm Bull and Keith Lockhart:

"The great question of Adventism at the time was whether the church would follow Kellogg or whether it would remain a clerically dominated organization. In the ensuing conflict, Kellogg set the medical network against the church hierarchy. . . .The clerical leadership did maintain control of the church, but it was unable to eradicate the form of Adventism Kellogg advocated. Adventist doctors continued to enjoy a special status within the church, continued to practice an ‘undenominational’ Adventism." (2007, 305–06)

Within ten months of the Sanitarium fire The Review and Herald Publishing Association also burned down. The loss of “The Press”on the heels of the Sanitarium’s destruction was a difficult blow to the Church and the decision was made to rebuild in Washington, D.C. Through the years, the ministerial group has held the Church together all around the world, focused primarily on evangelism with obvious concern for education, healthcare and disaster/development relief. It has not controlled the medical subculture of the Church, however, particularly in the United States.

After the Battle Creek fires, the medical subculture moved to the left coast (Southern California) and opened the College of Medical Evangelists (later Loma Linda University) in 1905. Over the years LLU and the rest of the spawning medical subculture have worked very closely with the ministerial culture (the General Conference) though rarely simply under its dictate. So these two subcultures continued to develop in the wake of the fires and moves east and west, one formed by medicine and liberal arts education, the other formed by ministerial and evangelistic fervor. In all honesty, they have always been slightly at odds with each other; tension is an ongoing characteristic of the relationship between the ministerial and medical subcultures in the Church.[1]

The question for us now, here in the U.S., is how we can recapture and strengthen the bond between these groups. We would fail ourselves and our Church if we let these historic tensions unravel the bonds completely. There are plenty of examples of other faith traditions who have allowed similar tensions (they are not unique to Adventism) to destroy their combined ministries. Here, my pessimism is slowly being crowded out by an optimism generated from a multi-year effort of a few determined leaders. While the meetings, conversations, and decisions are in their early stages, all the key parties are involved and apparently determined to make some progress.

A number of meetings over the past several years between leadership from each of the Adventist healthcare corporations and the NAD President and his team bring cause for hope. An important, early meeting happened in 2011 at Kettering, which seems fitting given the historic cooperative effort of that institution to blend Adventist and local community offerings in healthcare. Over the next three years a statement, "The Vision for Adventist Healthcare Ministry in North America," was written, vetted, and officially adopted by the NAD at the 2014 Year End Council.

The Vision calls for "new ways to bear witness to our Creator's love, and new avenues for vivifying the prophetic message of the Advent movement." The bond is clearly cooperative as opposed to the Healthcare Systems people acceding to the supremacy of the ministerial sub-culture. Rather, these Systems are hoping to "strategically align with the mission of the Church." Work of this sort, says the Vision, "is always more than business." Thus, those who approved the document are "dedicated to principles of transparency and integrity in the communities we serve." The emphasis on the local community is extremely important given both our Church history and the present day context where healthcare is under intense governmental and public regulation and scrutiny.

What I want to know is whether the strategic alignment aims at a sectarian evangelism that attempts to recover or reclaim the Healthcare Systems as the "entering wedge" of the ministerial sub-culture of the Church, or is the Church attempting to allow itself to be content with simply helping local communities through its Healthcare Systems. Is the Church's hope for this alignment associated with growth or does it simply, authentically, desire to benefit local communities? If the words of the Vision are to be accepted at face value the answer leans toward the latter, namely, they "imagine a world in which the communities we serve are blessed by the healthcare ministry to which our Creator has called us."

The historic tensions between the ministerial and medical sub-cultures have been mediated by the emerging business sub-culture in Adventism. Perhaps I should say the tensions have been buried in a tidal wave of size and influence. The Vision notes that "today, more people come into personal contact with Adventist ministry through our healthcare institutions than in any other way." By a long shot, and in ways that amount to a massive amount of money. Make no mistake about it, the healthcare dollar in North American Adventist ministry is the single most influential resource available. But its availability is indirect since the Church (the ministerial sub-culture) does not own the Systems. The “strategic alignment” must amount to an emotional, familial, authentic desire to advance the Adventist vision of whole person care to our communities. By that I mean that our Healthcare Systems may delight in the idea that their service may result in people actually joining our Church but this goal has to remain secondary to the simple need of helping their local communities maintain their health. The so called “population health” approach being advanced by the Affordable Care Act, is essential to that effort and something we are particularly suited to attend to. Our Healthcare Systems are well ahead of many others in that pursuit. This is good. But again, the blessing to the Church itself amounts to an indirect line.

The actionable items of the Vision include a number of events that do indeed help "strengthen the bond" between the ministerial, medical and business sub-cultures in American Adventism. The national Adventist Bioethics conference, just concluded, is one of the Vision’s actionable items. Referring back to the goal noted above, the language needs to be carefully parsed. The bond is not simply between the Church and its Healthcare Systems but a specific "bioethics bond" between the two parties. This may call for an entirely new column, but for now you should understand that the Church's bioethicists have always been most closely aligned with the medical sub-culture rather than the ministerial sub-culture. The Church's ethicists are typically seminarians and thus completely aligned with the ministerial branch of the Church. The two groups have some theological and social differences that are inextricably connected with those underlying tensions noted above and rooted all the way back to Battle Creek. One simple illustration to make this point is to note that there are no ethics textbooks or degree programs in any of our schools who train ministers. None. There is a Masters level degree program in bioethics at LLU.

As our meeting wrapped up and I turned my attention to this column, I am more optimistic than I had thought I would be. Each of the Systems sent important representatives to this national meeting. The Church was well represented and there was a good spirit in the room. Real progress is being made on the first goal. As for the second, the call for "cooperation in bioethics across the Adventist health systems," I fear we face a double uphill battle. Protestants (I think we're still Protestants) don't often cooperate nicely. Neither do American business leaders – read: Adventist business leaders. Competition is the name of the game, not cooperation. More on this later…

Mark F. Carr is an ordained minister and theological ethicist with experience as a pastor, pilot, commercial fisherman, professor, and now clinical ethicist. He writes from his home town of Anchorage, Alaska.