Prison Ministries Convention Focuses on Emotional, Spiritual Liberation In and Out of Prison

Prison Ministries Convention Focuses on Emotional, Spiritual Liberation In and Out of Prison 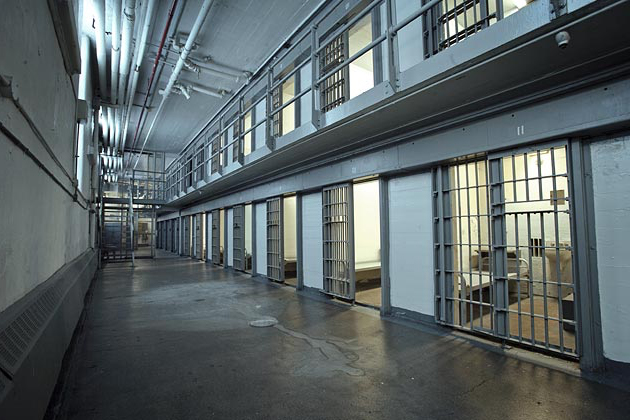 Over 2 million people in the United States are currently incarcerated. Every year 700,000 people are released from U.S. prisons. Within three years of being released, 67% will be arrested again and more than half will return to prison. For something that would seem difficult to ignore, the Seventh-day Adventist Church rarely talks about prisoners, and prison ministry is a topic largely overlooked in most Adventist congregations.

While Adventists dedicate time to education, health and mission work overseas, there is a comparative lack of attention directed to the issue of mass incarceration in the United States. However, some Adventists wouldn’t spend their Friday nights anywhere but in a prison chapel, sharing the gospel with inmates.

The Northern Pacific Union Conference held a prison ministry convention April 1-3 at the Oregon Conference Center. The theme, “Touching Hearts, Changing Lives,” pertained to people who have dedicated time and energy to minister to the incarcerated. The audience fluctuated from about 70 to 100 throughout the weekend.

Wintley Phipps, world-renowned singer, motivational speaker and pastor, addressed the conference on Friday evening. Phipps called people to real freedom in Christ and to character development: “God didn’t just come to save us. He came to grow us,” he said. Phipps characterized the importance of prison ministry in terms of God’s regard for the imprisoned: “God is passionately committed to those behind bars. Whether they are there justly or unjustly, He loves them all the same.”

The topic of prison and bondage is mentioned often in the Bible and several verses are specifically about ministering to those in prison.

Hebrews 13:3 (NIV): “Continue to remember those in prison as if you were together with them in prison, and those who are mistreated as if you yourselves were suffering.”

On Sabbath morning, Phipps’ sermon, “A Prayer on Death Row,” revisited the transformative interaction on Calvary between the thief and Jesus centered on the words, “Lord, remember me.”

As the founder and CEO of the U.S. Dream Academy, Phipps has focused for several decades on breaking the cycle of incarceration for children of prisoners through after-school programs that develop academic skills, character, and dreams in high-risk youth. “A child with a dream is a child with a future,” the Academy believes.

Throughout the weekend, convention attendees participated in practical discussions on discipleship, transitional housing and volunteer recruitment. Attendees grappled with tough questions about how to ready churches to receive people who are now out of prison and searching for a community to belong to. Conversations also focused on substance abuse and mental health issues among prisoners. Most importantly, the conference was an opportunity for those in prison ministry to rally together and leave both encouraged and determined to continue the work they do.

Conference presenters made clear that prison ministry is not only done during weekend visits to prisons, but also includes work beyond incarceration.

“The future of prison ministry is not behind bars,” said Byron Dulan, Washington Conference Outreach Ministries Director. “It’s going to be for those who have gotten out and are trying to adapt back into society.”

Several former inmates testified about the powerful impact of connecting with volunteers who faithfully visited them in prison week after week and continued to support them after they were released and faced the daunting challenges of freedom in a society that didn’t welcome them with open arms.

One former inmate, Stephen Bramblett, played the piano throughout the weekend as the accompanist for song services. Bramblett spent 25 years in prison and received Bible studies from an Adventist volunteer during his imprisonment. Now that he is out of prison, he is a prison ministry volunteer himself, sharing his testimony and music with those in prison.

Bramblett has always had a gift for music. He plans to start a prison orchestra program at Stafford Creek Corrections Center, the largest prison in Washington State with approximately 2,000 offenders. The orchestra program will be called SCORE—Stafford Creek Orchestral Rehabilitation Experience—and inmates are already signing up.

Certain themes about prison ministry resurfaced repeatedly during the conference: The reason for prison ministry is not to set prisoners free physically, but rather emotionally and spiritually. It is an opportunity to develop the character of a person in search of a second chance. It is an opportunity to share the unconditional love of God and the power of prayer and forgiveness.

The NPUC prison ministry convention is a biennial event where Adventists dedicated to prison ministry can connect with one another and leave ready to continue their work. For more information about Adventist Prison Ministries, visit the Washington Conference website here.

Videos of proceedings at the NPUC prison ministry event will soon be posted at festivalofthelaity.com by the North American Division of Seventh-day Adventists.