Editorial: The Road to Irrelevance—And Back

Editorial: The Road to Irrelevance—And Back 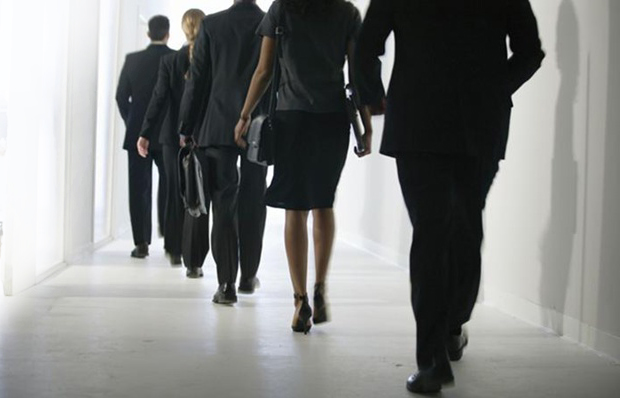 What I care about most is getting back. I care about hope. So who can rip off the blinders that make the church’s high bureaucracy think we’re headed in the right direction when we’re not?

No single person can.  All seeing is skewed, almost as if blinders were sewn into human skin, not just buckled on. Still, a jarring moment, shared with others, can widen the view and generate a stab of awareness, perhaps even new determination to see more clearly.

The other day I learned that a friend, younger that I am, had died unexpectedly, and the news took me back to a hallway conversation that occurred in 1986 or so. I was then the relatively new pastor of the Sligo Seventh-day Adventist Church in Takoma Park, Maryland, and two of our most helpful members (I change their names) were Jim and Joylin. They were young and passionate and funny. Long before I got there, this congregation had been a pioneer for gender justice, with women pastors exercising leadership and conducting baptisms.  That energized many members, and I think it energized Jim and Joylin. Bucking the tide of bureaucracy felt good. It was rebellion but it was good rebellion, a mark of courage and authenticity.

Then came the conversation, Jim catching me in an office hallway with something he “needed” to tell me. He and his wife were dropping their membership. I hadn’t gotten to know them well enough to expect this, and was taken aback. Jim then explained, with words I’ll never forget: “We no longer,” he said, “want to belong to a church that has an official policy of discrimination.” His outlier congregation could not make up for his disgust with the larger organization.

But resistance continued, and with the cooperation of some local and union conferences women on several continents have done well in pastoral leadership. One has become the president of her conference. Nevertheless, on July 15, 2015, the General Conference of Seventh-day Adventists, with enthusiastic backing from the church’s president, again affirmed its official policy of discrimination. There can be, according to this body, no exception to the rule that men, but not women, may be ordained to pastoral ministry. The vote in San Antonio legitimates the stony petulance of a bureaucracy that takes pains even to blank out from its yearbook the name of Sandra Roberts, the Southeastern California Conference president.

Blanks out her name! So starkly does policy betray love.

It’s true that this disagreement involves challenging issues in biblical interpretation. But before the General Conference session top church leaders had sponsored a worldwide study of these issues.  Participants did not come to consensus on the theology of the ordination of women, but it became clear that as many as two-thirds of them were open to ordaining women in areas of the world where that would suit church need. During discussion in San Antonio, however, GC leadership discounted the significance of this fact by pooh-poohing anything less than 90 percent study committee support for such openness. Anything less did not count as the “consensus” needed to qualify for seriously consideration by the delegates.

So what disgusted my friends 30 years ago was affirmed again just last summer. How can this be?

One reason is the fundamentalist captivity of the church. When Ellen White died, church leaders, influenced by fundamentalist leanings in the wider Christian culture, shifted toward a less nuanced understanding of inspired documents than her own. Now the sense of the Bible as a story, or narrative, was virtually eclipsed; now key texts or isolated facts—out of context or not; congruent with the spirit of Christ or not—could stop conversation. Adam came before Eve, there were no women priests, the twelve apostles were male, men rule, case closed.

But such an argument against gender equality smells of the same intellectual rot as pervaded anti-bellum America, when preachers regularly appealed to Scripture in defense of slavery.  What’s always overlooked, besides Scripture as a story, is the teaching function of the Holy Spirit, who always drives us, even when we are reluctant, toward the new in Christ (See especially John 16:12-15). That Spirit led Paul to say what had not yet become clear and was still painful to consider, namely, that in the body of Christ all social distinctions melt away. It makes no difference whether you are man or woman, Jew or Greek or Sythian, barbarian, slave or free; no difference at all (1 Corinthians 12:13; Galations 3:28; Colossian 3:11).

But in the weird logic of fundamentalism, Paul’s point can be trumped by a fact about Old Testament priesthood or the twelve apostles. The storied character of God’s revelation—its arc toward the final authority of the risen Christ—disappears; in its place comes a pick-what-you-want approach that could as easily justify owning slaves or stoning rebellious sons (c.f. Leviticus 25:44-46; Deuteronomy 21:18-21) as granting “headship” to men. The Holy Spirit as teacher of the full meaning of the Christ story is simply shoved aside, and the self—with its own lusts; its own fat ego—mounts the hermeneutical pedestal Christ alone should occupy.
Consider three New Testament confessions of faith. Simon Peter told Jesus: “‘You are the Messiah, the Son of the living God.” Thomas declared: “‘My Lord and my God!’” Paul said: “…if you confess with your lips that Jesus is Lord and believe in your heart that God raised him from the dead, you will be saved” (see Matthew 16:16; John 20:28; Romans 10:9).

These confessions referred to someone who loved the inspired writings but at points contested them. So they demolish any view of Scripture that puts written words in competition with the living Word.  Unless Christ regulates our reading, the Bible is an idol, and idols, let’s not forget, make a mess of human community. They just do.

Adventists didn’t invent fundamentalism.  Nor did we invent “headship” theology.  But we have let voices not our own deform the legacy, imperfect as it was, of the pioneers.  Instead of dynamism under the leading of the Holy Spirit, we now have, at least in the high places of officialdom, sheer inertia, and the long reign of official discrimination. For 30 years and more, we’ve been slamming the door in the face of the Holy Spirit who taught Paul the full implications of the message of Jesus.  For 30 years and more, irrelevance and self-deception have gone mostly unchallenged at the top.

Along the way, however, many women, and many of their pastoral and administrative colleagues, not to mention parishioners, have been fighting inertia and self-deception.  Like Paul, they have opened the door to the Holy Spirit.  And because of this, they have lived out a revolutionary conviction: in the body of Christ it makes no difference whether you are man or woman, Jew or Greek or Sythian, barbarian, slave or free; no difference at all.

The road back is the road they’re walking.

Charles Scriven is Board Chair of Adventist Forum, the organization that publishes Spectrum Magazine.