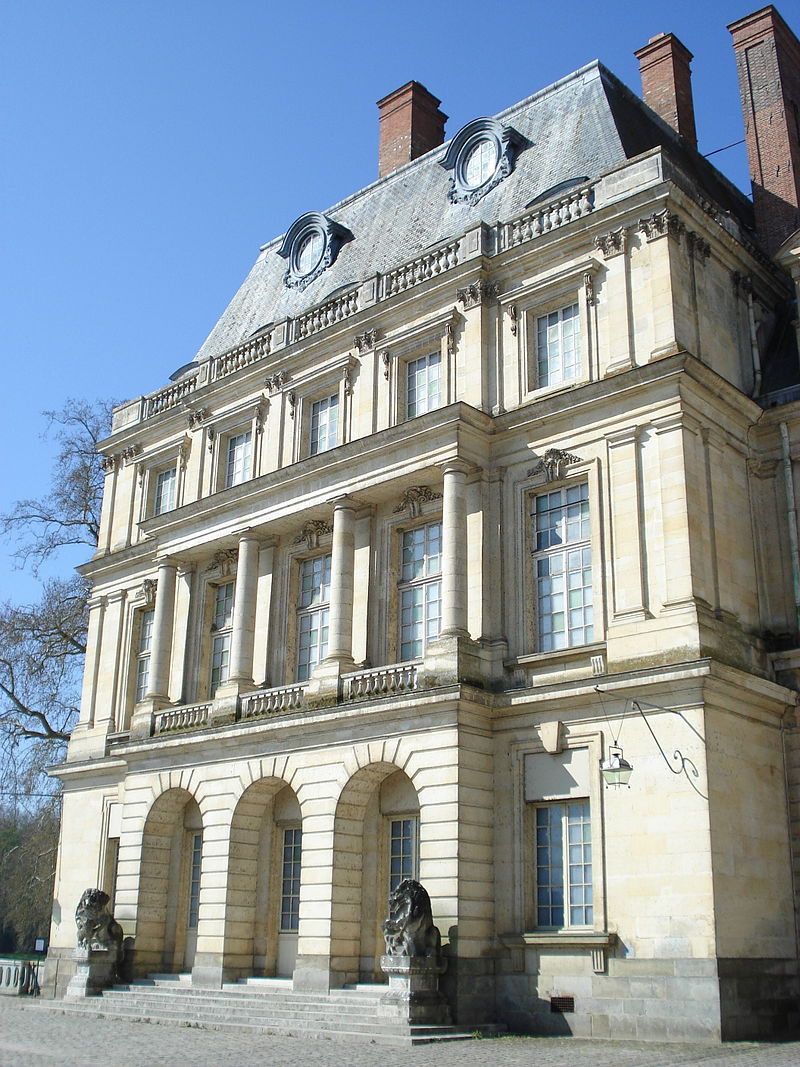 I barely remember my several years as a teenager being a part of the Youth Sabbath School at the Walla Walla Seventh-day Adventist Church.  But a few things that I do remember include the young and earnest youth leader, the bright fabric on the pews, and how I often used to sit in or near the back every Sabbath that my family attended.

And I remember exactly one of the numerous songs we used to sing during that time period in my life—“Mansion Over the Hilltop”—although I can’t remember how much I actually sung it with the rest of my youth group.  Written in 1949 by prolific gospel song writer Ira Stanphill (1914-1993), this song was a frequent request:

I'm satisfied with just a cottage below
A little silver and a little gold;
But in that city where the ransomed will shine
I want a gold one that's silver-lined.

Refrain:
I've got a mansion just over the hilltop
In that bright land where we'll never grow old;
And someday yonder we will never more wander
But walk the streets that are purest gold.

Tho' often tempted, tormented and tested
And, like the prophet, my pillow a stone;
And tho' I find here no permanent dwelling
I know He'll give me a mansion my own.

Third Stanza:
Don't think me poor or deserted or lonely
I'm not discouraged, I'm heaven bound;
I'm just a pilgrim in search of a city
I want a mansion, a harp and a crown.[1]

For most of my life I’ve had an easier time remembering the music of songs rather than any lyrics they have.  But because we sung this particular song so much, portions of the lyrics stuck.  Nevertheless, I didn’t spend much time thinking about the theology of the lyrics at the time, other than that they seemed to resonate with portions of Scripture that I had read or heard before, such as:  the future home of Christians in a city, the New Jerusalem, a city that has a gold street running through it (Rev 21:2, 10—22:5); Jesus preparing mansions for us to live in (John 14:2-3); living forever (e.g., Rev 21:3-4); and playing harps (Rev 15:2) and wearing crowns (e.g., Rev 2:10; 3:11).   Although I now know there are more scriptural allusions in this song, during that time in my life those scriptural images were powerful enough for me see the song resonating with my then-current understanding of Scripture.  Despite the fact that I did not live in a cottage and had neither silver nor gold, I liked it.

One cannot deny that many Christians over the decades, particularly those from the working class who have had few “worldly possessions,” have found “Mansion Over the Hilltop” to be one that provided hope and encouragement to them.  This song underscored the fact that God had a fantastic reward for Christians in the New Jerusalem to come, no matter how bad one’s personal economic situation was.

Nevertheless, one day I was struck by a thought:  I sounded greedy when I sung this song.  It was that part of the first stanza, oscillating between a desire and a demand (“I want a gold one that’s silver-lined”), that suddenly took on a different tone to me than it had before.  I found myself not singing it anymore.

It is true that in the decades since the song was written, fewer and fewer have sung it.  Genevieve Lerina James notes, with regards to modern megachurches in South Africa, that songs like this “are placed in archives or are called ‘old school’ or ‘classics’, for the simple reason that they are considered irrelevant today.  This is because many megachurch members who, when referring to a mansion over the hilltop, would probably be referring to their own houses here on earth and not some hope in the afterlife.  The megachurch congregants have moved from the romanticism of poverty and the hope of a better life in heaven to a global, public embracing of prosperity and abundance here and now.”[2]

Meanwhile, another shock regarding this gospel song awaited me in college.  In its multiple references to mansions in the New Jerusalem, this song alludes to the KJV translation of John 14:2-3:  “In my Father's house are many mansions: if it were not so, I would have told you. I go to prepare a place for you. And if I go and prepare a place for you, I will come again, and receive you unto myself; that where I am, there ye may be also.”  The Greek word translated “mansions” (monē; plural monai) is rare in the New Testament, occurring only in John 14:2 and 23.  The noun is related to its verbal cognate menō, which means “to stay, abide, remain.”[3] In the latter text the KJV translated it as “abode” instead of “mansion.”  Both translations made sense in the time of the KJV, since the basic meaning of the word is “a dwelling-place, an abode, a place to live.”  Thus modern translations translate it in 14:2 as “dwelling places” (NASV, NRSV), “rooms” (ESV, NIV), and so on.  Furthermore, the KJV was not off base in its translation, since its use of “mansion” derived from the Latin translation of the Greek, which referred to a place where a traveler stopped and rested.[4]  The problem is our modern understanding of what a “mansion” is.

When the “great controversy” between Christ and Satan is over, Christians frequently view the ultimate future in light of the classic reference to the utopian New Jerusalem,[5] found in Revelation 21-22, which also describes where not only Christians will live but also God the Father and Jesus, the “Lamb.”  The book of Revelation overflows with visionary material, and only rarely does its author John indicate what the various symbolic items in the visions mean (e.g., 1:20; 4:5; 5:6, 8; 12:9; 19:8; 20:2, 14; 21:8; etc.).  But even when John does not interpret some visionary material, one typically must attempt to understand them symbolically instead of literally.  For example, when John saw in his inaugural vision the glorified Jesus, he described Jesus as having a sword projecting from his mouth (Rev 1:16).  But just as Jesus is not something akin to a sword-swallower, he hardly has a literal physical sword emerging from his mouth.  And despite the “Lamb” being the most predominant visionary image of Jesus in Revelation, Jesus is not a physical lamb.

But while many Christians have Revelation’s New Jerusalem in fairly literal terms, it is essential to see John’s description as containing symbolic meaning. For instance, the “Lamb” marrying its “bride,” the holy city called the New Jerusalem (21:2, 9), cannot be taken literally.[10]  Neither is it likely that the measurements of the New Jerusalem should be taken literally (21:16, 17), since they are repeated multiples of twelve, numbers associated with the twelve tribes of Israel and the twelve apostles (21:12–14, 16) and which took on symbolic meaning.[11] The city has gigantic gates made out of gargantuan pearls (21:21) about 250 feet in diameter,[12] yet these massive gates are never closed (21:25).  The inhabitants of the city will have the name of God and the Lamb written on their foreheads (22:4; cf. 14:1). Taking these descriptions literally can create some intractable difficulties for those interpreting them.

Neither mansions over the hilltop nor a glittering, golden New Jerusalem should detract from the fundamental point that at the end of the great controversy between Christ and Satan, what truly matters is that God now permanently lives with his people without the barrier of sin or the sadness and sorrow of death:  “He will dwell with them, and they will be his people, and God himself will be with them as their God.  He will wipe away every tear from their eyes, and death shall be no more, neither shall there be mourning nor crying nor pain anymore, for the former things have passed away” (NRSV).  In light of that wonderful promise, “Come, Lord Jesus” (22:20, NRSV).

[2]Genevieve Lerina James, “Mission and Three South African Metropolitan Megachurches:  Middle Class Masses in Search of Mammon?”, in A Learning Missional Church:  Reflections from Young Missiologists, eds. Beate Fagerli et al (Eugene OR: Wipf & Stock; n.p.: Regnum Books International, 2012), 175.  For a brief discussion of this gospel song and others that deal with the theme of the attainment of wealth in heaven, see Scott Tucker, “Looking for a City:  The Rhetorical Vision of Heaven in Southern Gospel Music,” in More Than Precious Memories:  The Rhetoric of Southern Gospel Music, eds. Michael P. Graves and David Fillingim (Macon, GA: Mercer University Press, 2004), 30.

[10]This is the second time John has described the “Lamb” marrying:  the first time was in 19:7-8, where the “Lamb” marries his bride, who is clothed in fine linen, the fine linen representing the righteous acts of the saints.  While some argue that the New Jerusalem is not a bride but is rather compared to a bride (Rev 21:2), later in that chapter the interpreting angel tells John he will show him the bride of the Lamb and then shows him the New Jerusalem (21:9-10).  See the discussion in, e.g., Aune, Revelation 17-22, 1122.