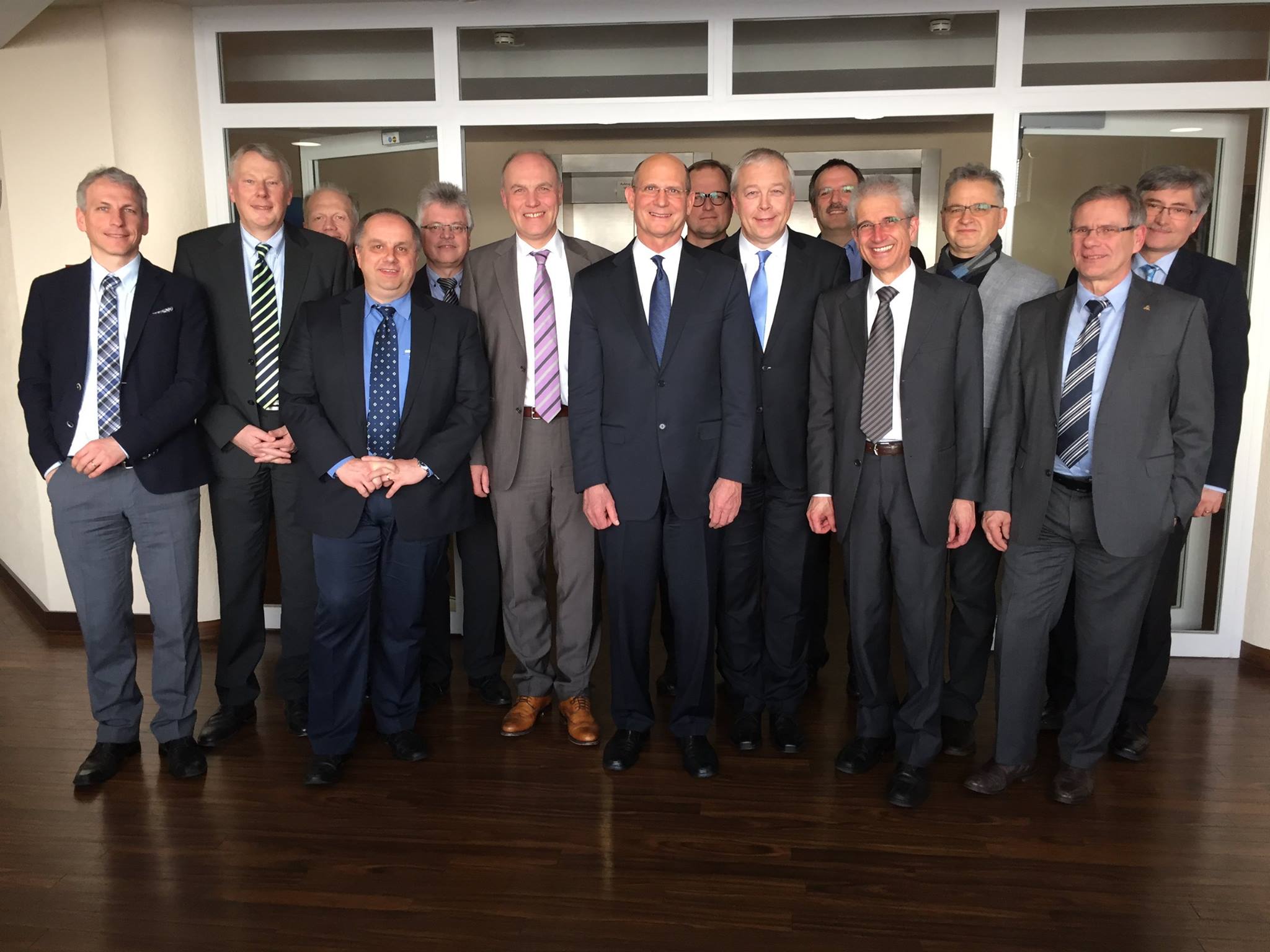 Adventist leaders in Germany who have long supported women’s ordination had a chance at last to discuss the issue face to face with the leader of the Worldwide Seventh-day Adventist Church, a longtime opponent.

Ted N. C. Wilson, President of the General Conference of Seventh-day Adventists and the Inter-European Division of Seventh-day Adventists (EUD) jointly reported yesterday on a meeting between Elder Wilson and leaders in the EUD, held on March 8 in Frankfurt, Germany. The meeting, publicized both on Wilson’s Facebook page and the EUD website, included leaders of the Inter-European Division, the officers of the North German Union and the South German Union, and the seven conference presidents from the two unions.

The EUD report noted the following topics of conversation at the meetings:

German leaders gave Ted Wilson a detailed report on the special concerns of the Seventh-day Adventist Church in Germany. In the afternoon, a number of current issues were discussed such as the missionary efforts of the Adventist Church in Germany, the situation of the German Adventist churches, the high administrative structure of the German associations (unions/conferences), dealing with the world church decision on ordaining women as pastors, the relationship to other churches, dealing with various current trends in the Adventist churches and questions about the Adventist identity.”

The report went on to say somewhat opaquely, “Also the consequences of the decision of (not) ordaining women pastors, made at the last 2015 General World Conference in San Antonio, Texas, were discussed in detail.”

For his part, Elder Wilson spoke glowingly of the meetings, saying on Facebook,

The Holy Spirit was very much present as we prayed together and discussed many things. There was a very positive spirit as we focused on the great mission challenge of reaching millions of people in Germany with the Advent message—the love of Christ, His righteousness, His saving message, His three angels' messages, His sanctuary message, His health message, His prophetic message, and His soon second coming. The German leaders expressed a strong commitment to our fundamental beliefs and their desire to be very much a part of the world church and its mission.”

"The meeting was marked by mutual openness, unity, solidarity in the beliefs of our Adventist Church and a spirit of mutual respect," said Wolfgang Dorn, President of the Bavarian Conference. “Personally, I perceived Ted Wilson as a good listener, very spiritual, emphatic and a strong leader, a man of God," said Dorn. "It was striking to me his focus on mission, local communities and his emphasis on involvement of volunteers in missions."

The Inter-European Division recommended in 2013 to the General Conference Theology of Ordination Study Committee that women be ordained in the Adventist Church. The division's executive committee "voted unanimously to recommend the ordination of women to pastoral ministry, taking into consideration the possibility of applying it according to the needs of the fields."

The Adventist Church in Germany has long been at the forefront of the issue of women’s ordination. In April 2012, the North German Union Conference became the first union in the Adventist denomination to vote to ordain women. Only weeks before the 2015 General Conference Session in San Antonio, Texas, during which delegates voted not to allow the denomination’s thirteen divisions to make provision for ordaining women within their territories, the Berlin-Central German Conference voted to speedily implement women's ordination in accordance with the North German Union Conference’s 2012 action.

We continue to encourage female church members to opt for the pastoral ministry and hereby reiterate our intention, to act in accordance with the decision of the NDV [North German Union / Norddeutscher Verband] general assembly of April, 23rd 2012, which recommends pastors to the ordination in ministry regardless of gender.”

In Germany’s Southern Union Conference, Stephan G. Brass, pastor in a three-church district, was among the first male pastors to turn in his ordination credentials for commissioned credentials in solidarity with his female colleagues. Brass said that during a pastors’ family retreat soon after, “...our conference president asked all pastors not to follow my example and hand in their ordination certificates. He explained that our goal is not to give up our ordination but to support the ordination of women.”

These brief examples demonstrate the level of commitment to ordaining women among leaders in the Adventist Church in Germany.

While the specifics of the ordination discussion between Elder Wilson and the Inter-European Division leaders in Frankfurt have not been disclosed, the open dialogue on the generally-contentious issue reveals a collegiality not seen prior to San Antonio.

There is no indication in the reports that German leaders were asked to walk back their recent actions on women’s ordinations, suggesting a possible furthering of regional autonomy on the issue, the General Conference vote notwithstanding.