Tired of Having Conversations About Racial Tensions? Me Too.

Tired of Having Conversations About Racial Tensions? Me Too. 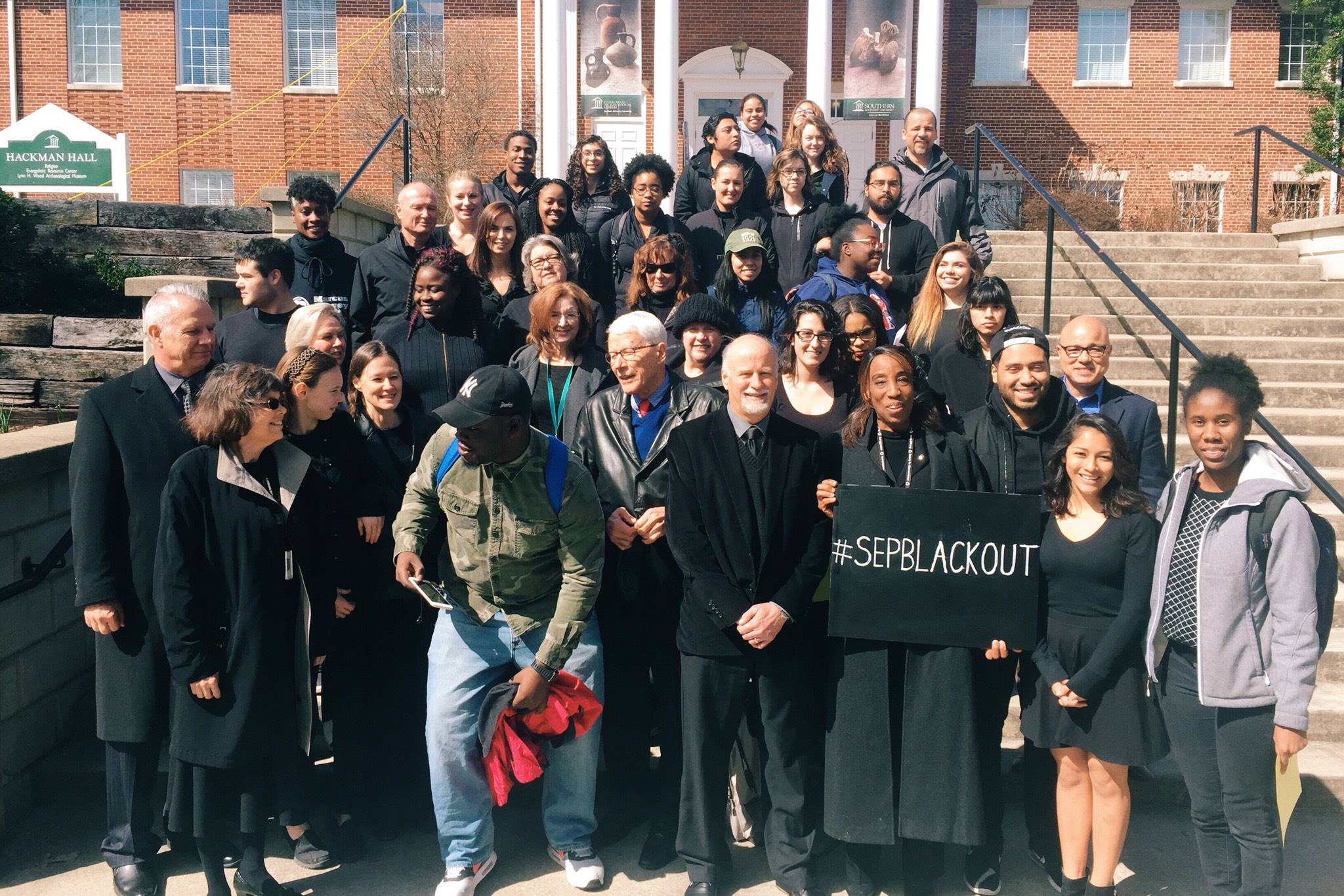 We had just finished a discussion about the diversity section of our textbook. The conversation had been lively and respectful, but it was clear it had become slightly uncomfortable for at least a couple of folk in the class as we discussed nuances of class, race, and privilege. There were a few white participants who genuinely wanted to understand some of the distinctions that were being made in our exchanges. They had never thought about some of the subject matter content. After our hour was up there was still a lot that remained unsaid, yet it had definitely been a productive class. As we walked to our cars in the parking lot, my blond haired, blue eyed classmate and I reflected on the dialogue. It appeared from her contributions that she had spent a good amount of time educating herself about some of the topics we were discussing. She had eloquently articulated the differences between racism and prejudice. She understood systematic oppression and power differentials. She spoke up when there were misunderstandings. She was one I would undoubtedly call an ally. "Wow. That was emotionally intense!” she mused. I agreed. "I haven't thought about some of that for a while," she continued, "I feel so drained after that, I need to go home and decompress!” she chuckled. My immediate thought was, "It must be nice…"

Unfortunately, there are many of us who don't have the luxury to "forget" about and "decompress" from racial issues – it’spart of our constant reality. Regardless of being "weary," "fed up," or "emotionally drained," there is no option to not think about how race pervades interpersonal interactions. Often I hear people who live a majority experience lament, "I'm so tired of hearing about racial tensions!" You're tired? Try living it! I'd love to never have to have another conversation or write yet another commentary about this subject. Unfortunately, this isn't just a quaint academic exercise. For some of us, the confrontation of these issues is part and parcel of life. We don’t get to walk away and not care.

I've heard complaints from colleagues and acquaintances about not being able to say whatever one wants to say, and having to "walk on eggshells" because saying the wrong thing might lead to being unfairly labeled.  Really? That's what minorities have to do every day! Code switching – even when expressing innocuous views – is not merely an inconvenience, but a matter of survival. Because neglecting to do so may result in consequences more detrimental than merely having someone label you: that label may lead to a lack of opportunity or several other undesirable end-products resulting from the reinforcement of someone's stereotypes. The need to learn to move in dual spheres was eloquently described by W.E.B. DuBois in 1897 as "double consciousness."

And as a minority, one has to recognize that dangerous stereotypes can be triggered even before a word is ever spoken. This was demonstrated clearly when Corey Johnson preached at last week's SAU vespers. His sermon wasn't the flashpoint. After all, his point was the most uncontroversial of premises, so much so that we even sing about it! It was essentially, Red, Brown, Yellow, Black and White all are precious in his sight; Jesus loves the little children of the world! No, he was criticized for his appearance and his audacity to be Black in a traditionally White space. Time and time again, it has been demonstrated that by merely existing, moving through the world as a physically identifiable "non White" person can trigger those biases. Just by your appearance – forget about clothes or demeanor: just your skin or hair – you can be judged unjustly. This can happen to White people too, but it's also undeniable that, as a systemic issue, for minorities this is has far more profound repercussions than an individual just "not liking you". That is, someone's biases can lead minorities to being judged more harshly, looked at with suspicion, reprimanded more often, harassed by authorities, or even killed more often than for White people. In fact, it starts even prior to visual contact. Just having a name that is ethically identifiable will result in fewer call backs for jobs and rental inquiries.

Someone will say, "I don't believe it! Prove it!" And although I ordinarily link to references when I write, in this instance I decline because 1, examples are ubiquitous. Google is your friend. That's why when I read letters to the editor written by young adults educated in our colleges, that clearly "don't get it," it's hard to imagine that this is not evidence of simple willful ignorance.  And, 2, I’m tired too. Tired of having to "prove" my experience and justify my feelings. I honestly can't think of any minority adult who doesn't have at least one story of similar experiences, regardless of their education, "attitude," body language, or neighborhood. I'm vicariously tired for them having to explain themselves too. And truly, no matter how many research conclusions, statistics, or anecdotes are noted, those who want to stay unconvinced will remain so.

Did I mention that I'm tired too? I'm tired of our church ignoring, and at times perpetuating, these tensions. While it's valiant that there are students on college campuses trying to start productive conversations, it has to be more than that. The efforts led by collegiates and administrators on Southern's campus are admirable. But I'd love if we were proactive instead of reactive. And by "we," I am challenging more than our tertiary institutions. College students stay in their academic bubbles for 4, 5, or 6 years (perhaps a bit longer if they choose). But the majority of them came from presumably Christian homes and Adventist congregations. And after their matriculation they will go back to them. Are the conversations happening there? I can say that these discussions happen repeatedly in predominantly black congregations out of necessity, for reasons expressed above. Do they happen in White congregations? This isn't an accusation, but a question for contemplation. And even when these topics are addressed in minority settings, how many times are these dialogues WITH White people and not only insular conversations? Again, food for thought.

Last year both Allegheny East Conference and Andrews University made attempts to address the commentary surrounding regional and state conferences. But this isn't just about organizational structures. People hearing about the controversy at Southern demanded to know what the GC was going to do. But this isn't a top down issue. These tensions need to be addressed at the local level. These ideas about biases and understanding have to be spoken about in our churches, in our homes, around our dinner tables.

Criticism is sometimes leveled at this publication for focusing too often on exclusively American topics. But let's not pretend that these challenges are isolated to North America. Our church is infected with divisive biases in Trinidad (between the Indians, Douglas, and Africans), in Greece (between the Greeks and the Xenos), in Australia (between the Aboriginals, Islanders, and non indigenous), and the list could go on. Globally, we need a heart change! The solution does not lie in ignoring these tensions or in ignoring our diversity. It is about coming together and collectively seeking God's Will. It's about my pastoral colleagues taking the initiative in preaching about these challenges – even if they don't affect you personally. It's about parents from all backgrounds teaching their children about equal worth – not just in their words, but by their examples. It's about our churches talking, serving, and playing with one another –  not remaining exclusively in our enclaves. It's about facing the difficult stuff head on. It's all of these things being initiated by all of us. It's a long process. It's about being encouraged by Galatians 6:9: "Let us not become weary in doing good, for at the proper time we will reap a harvest if we do not give up." In the draining moments, reflect on Isaiah 40:31: "But they that wait upon the Lord shall renew their strength; they shall mount up with wings as eagles; they shall run, and not be weary; and they shall walk, and not faint."

Remember these words to strengthen you, because admittedly, you may get tired along the way. Me too.