Viewpoint: Why Trump Is Terrifically Bad for America

Viewpoint: Why Trump Is Terrifically Bad for America 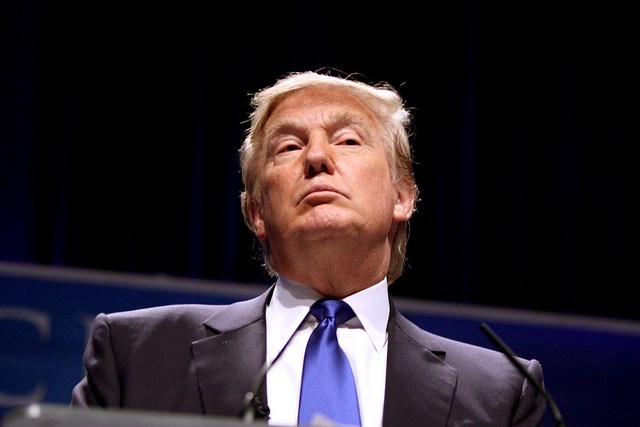 Since I founded ReligiousLiberty.TV in 2008, we have avoided recommending that readers vote for or against any particular candidate. Having said that, this election season is unlike any other. It demands our attention.

In 2016, the voters are frustrated. Republicans are upset about failed campaign promises and an abject failure of the "elite" to listen to their constituents – voters feel like what candidates promise on the campaign trail is dramatically different from the reality when they get to Congress. Democrats are upset about the coronation of a single candidate and the "superdelegate" system that will give a third of the votes to carefully selected individuals who, in the words of DNC leader Debbie Wasserman Schulz, ensures that the chosen candidates "don't have to run against grassroots advocates."

Add to this two decades of televised reality shows where the strong survive and the meek lose, the social suppression of politically incorrect speech, and other forces which have built up pressure deep within the volcanic mantle of society which threatens to be released this November. When asked, most people say that they prefer a genteel type of politics, but most Americans really seem to crave violence and disruption in their entertainment choices which now translate into political choices. Americans watch television shows and sports that immerse them in bloodsport without the blood—from football to boxing, to zombie movies, NASCAR crashes, and violent video games. Americans are primed and ready for battle and they gravitate toward it on the campaign trail. This is no longer the age of the elder George H.W. Bush where the people could be sold on a "thousand points of light" and promote a "kinder, gentler nation." Americans want to see carnage—the enemy destroyed and the American way of life vindicated.

While the GOP has traditionally promoted the most boring candidates in the primaries, Americans are not accepting it this cycle. Instead, the most troubling candidate in modern history, Donald Trump, is now leading in almost every poll and is virtually guaranteed to make it to the finals in November, if not the White House in January. Trump is the quintessential bull in the china shop, repeatedly saying things that would have sunk most of his rivals long ago. He's got the vote of the frustrated electorate who is not afraid to shake things up and see what will happen, not realizing that a Trump presidency may cause irreversible damage to the moral fabric of this nation.

Some will vote for Trump thinking that he makes extreme statements only to win negotiation points or that he is simply posturing in order to win the election but that he will suddenly become more reasonable and restrained once in office. Even if that were true, Trump isn't backing off and I doubt that he will. Betting that the Trump in office will be different than the Trump on the campaign trail is a dangerous gamble.

There are several things that Trump has said that should be of great concern. Last Friday, Trump said that he planned to change libel laws in the United States so he could sue news organizations. "One of the things I'm going to do if I win, and I hope we do and we're certainly leading. I'm going to open up our libel laws so when they write purposely negative and horrible and false articles, we can sue them and win lots of money. We're going to open up those libel laws. So when The New York Times writes a hit piece which is a total disgrace or when The Washington Post, which is there for other reasons, writes a hit piece, we can sue them and win money instead of having no chance of winning because they're totally protected."

By implying that he would restrict the freedom of the press, Trump's campaign promise runs contrary to the First Amendment which states that "Congress shall make no law . . . abridging the free the freedom of speech, or of the press . . ."  If Trump were to succeed in doing so, Trump would probably go after both the conservative and liberal media outlets who dare to question him. At worst, Trump would be imposing lèse majesté on the American people, at best he would be imposing restrictions on the press that are present in Canada and the United Kingdom.

Trump is also capitalizing on his superficial version of Christianity in order to gain votes. He claims to be a "very proud" Presbyterian, but his attempt to harness the power of religion to win this election without recognizing what he's doing is a dangerous combination. At a campaign stop in January in Sioux City, Iowa, Trump made a bizarrely conflated the alleged "War on Christmas" with Christianity and said, "I'll tell you one thing: I get elected president, we're going to be saying 'merry Christmas' again. Just remember that. And by the way, Christianity will have power, without having to form. Because if I'm there, you're going to have plenty of power. You don't need anybody else. You're going to have somebody representing you very, very well. Remember that."

I don't know what Trump means by this, but if there's one person who should not be representing Christianity, it's Donald Trump. Trump's bid to become an American pope seems misplaced, particularly when Trump seems to have no basic understanding of what Christianity means other than saying that he's great and that he's a Presbyterian. He's certainly enjoyed taking the opportunity to question the faith of his opponents, including Ben Carson who is a Seventh-day Adventist.

Trump's understanding of Christianity is superficial at best. At the same time, Trump has been gathering steam among members of the evangelical community, particularly Jerry Falwell, Jr.,  the president of Liberty University, who has heartily endorsed Trump, and recently used a required student assembly for a Trump rally.

Maybe those in the Christian right who have been courting Trump are hoping that he will be a malleable President whom they can shape at will in order to facilitate their theocratic dreams.

I don't know what Jerry Jr.'s father, who founded the Moral Majority, would think about his son throwing his signature institution behind Trump, a man whose morality is fleeting or coincidental at best. Through an amazing rhetorical approach, Trump has sold this nation on the idea that he is a truly moral guy who has simply used immoral means to make money because he knows how the world works, and that somehow he will change when he is in the White House. Trump's name is on a casino with a strip club, he recently supported partial-birth abortion, and there's no denying that he is a complete narcissist. Trump is a man who has made a selling point of not having moral convictions when it comes to almost every area of human endeavor. Not too many parents of sound mind want their children to emulate Trump's behavior and character.

Trump is a man who has made a selling point of not having moral convictions when it comes to almost every area of human endeavor.

Trump is so arrogantly sure of his success that he publicly stated, "I could stand in the middle of 5th Avenue and shoot somebody and I wouldn't lose voters." There is no indication that Trump would actually kill somebody on Fifth Avenue but the fact that he has so little regard for the moral qualms of his voters is troubling. Even more troubling is the fact that this revelation has not affected the polls at all.

When Bill Clinton was going through his sex scandal, the religious right, indeed much of the country, was up in arms about Clinton's immorality and in the next cycle candidates proudly proclaimed that they would bring dignity back to the White House. The effect of Clinton's moral stance on American society was profound. Supporters argued that Clinton could still be a good President despite his moral failings, and studies track Clinton's effect on the sex life of American young people. According to a University of Kentucky study of sexual definitions, Clinton's activities changed the way that college students thought about oral sex, with only 20 percent considering it sex in 2010, half of the number who considered it sex in 1991 and 1991-2001.

Trump is not ashamed of his moral status. Soon after Princess Diana died in a car accident in 1997, Trump was a guest on the Howard Stern Show. Stern asked him, “Why do people think it’s egotistical of you to say you could’ve gotten with Lady Di? You could’ve gotten her, right? You could’ve nailed her.”

Trump replied: “I think I could have.”

In 2000, Trump returned to the Stern show and Stern asked about Diana again, “Would you have slept with her?”

“Without even hesitation,” replied Trump.

According to the Daily Beast, Trump sent Diana massive bouquets of flowers, and a friend of Diana's said that Trump gave Diana the creeps.  (The Daily Beast)

There is no question that Trump will forever alter the moral tone in America to an even greater extent than Clinton did, particularly since he is actively promoted by some in the center of the evangelical circles. They know what they are getting themselves into. Trump is not is a hypocrite – he is proud to be a nymphomaniac.

Added to his previous statements about registering Muslims, and his repeated pattern of standing by or even encouraging his supporters to pummel protestors at his campaign rallies, it is clear that we are on the verge of electing a dangerous demagogue who has no allegiance to anything but himself.

Now is the time to speak out. We cannot afford to stand by and hope for the best as we watch Trump take over the leadership of the United States.

Michael Peabody, Esq. is editor of ReligiousLiberty.TV, where this article first appeared.