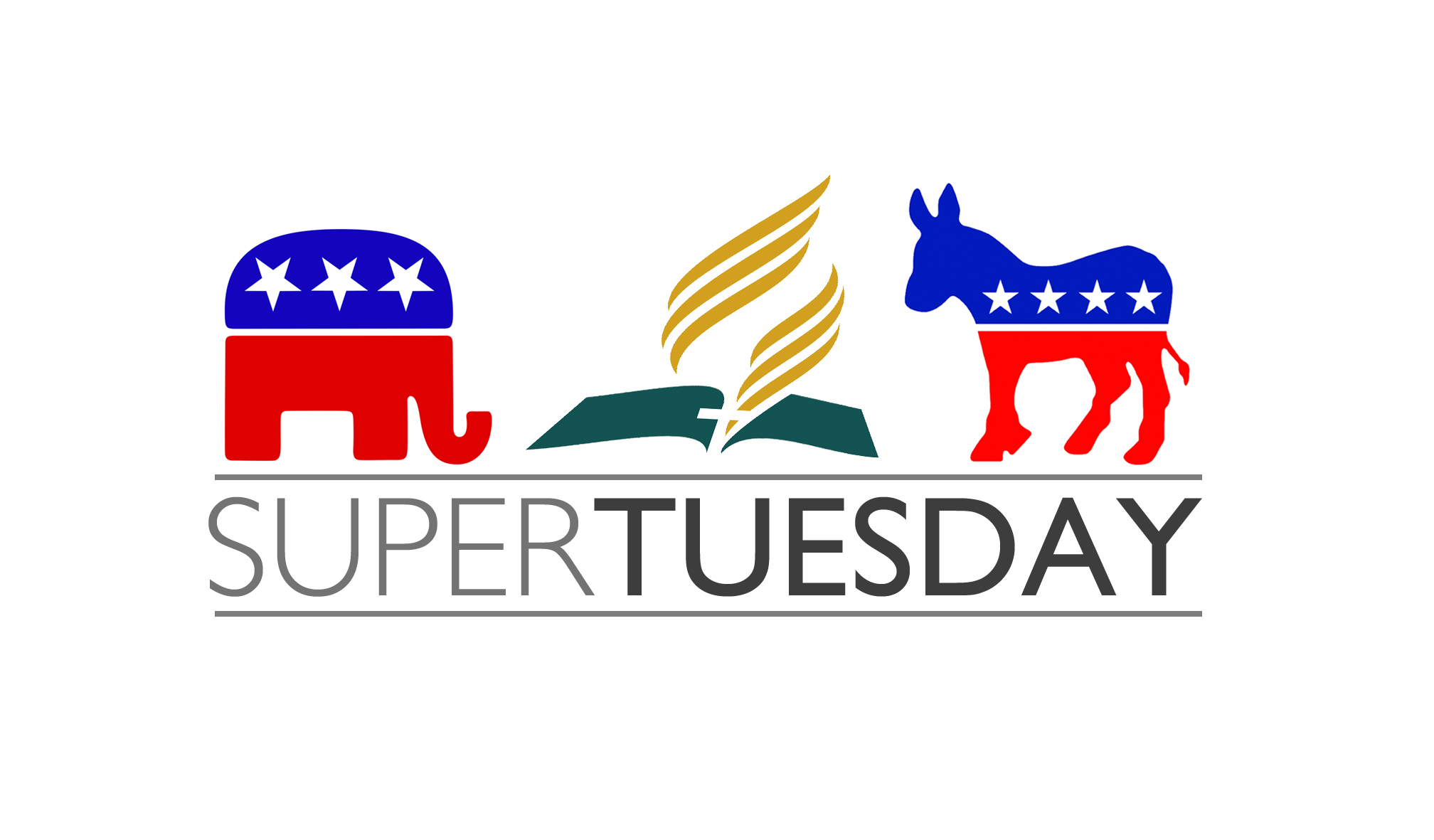 Voters in twelve U.S. states and American Samoa take part in primaries and caucuses on this Super Tuesday. According to research from the Pew Research Center's Religious Landscape Survey, Seventh-day Adventist Super Tuesday voters are more likely to be voting for Hillary Clinton or Bernie Sanders than for Donald Trump or never-say-die Adventist candidate Ben Carson. That is because more Adventists identify as Democrats than Republicans, Pew data shows.

Last month, Pew published a chart comparing religious groups in the United States and their political preferences. Adventists landed exactly in the middle of the religious pack, but 10% more Adventists are politically aligned with Dems than with the GOP: 45% identify as Democrats or lean Democrat, 35% identify as Republicans or lean Republican, and 19% identify as/lean independent. The African Methodist Episcopal Church is most dem-affiliated (92% - 4%) and the Mormon Church is most GOP-affiliated (70%-19%). This data marks increases among Adventist affiliation with both political parties over 2008 numbers. In Pew’s previous Religious Landscape Survey, 33% of Adventists aligned themselves with Democrats and 24% with Republicans.

The Seventh-day Adventist Church in North America has taken a stridently neutral political stance, emphasizing that the Church values the separation of Church and State, and refuses to endorse any candidate or party.

On the finer points of political leanings, here is what Pew says about Seventh-day Adventist voters:

Adventists are spread out across the ideological spectrum: 37% say they are conservatives, 31% identify as political moderates and 22% say they are liberals. Interestingly, about half of Adventists (53%) favor a bigger government with more services, while four-in-ten prefer a smaller government (42%).

Seventh-day Adventists are more united in their opposition to homosexuality and same-sex marriage. About six-in-ten (59%) say homosexuality should be discouraged by society, and a similar share (63%) oppose allowing gay and lesbian couples to marry legally.