News Headlines: Nevada Caucus on Sabbath a Hindrance for Some Adventists, Jews

News Headlines: Nevada Caucus on Sabbath a Hindrance for Some Adventists, Jews 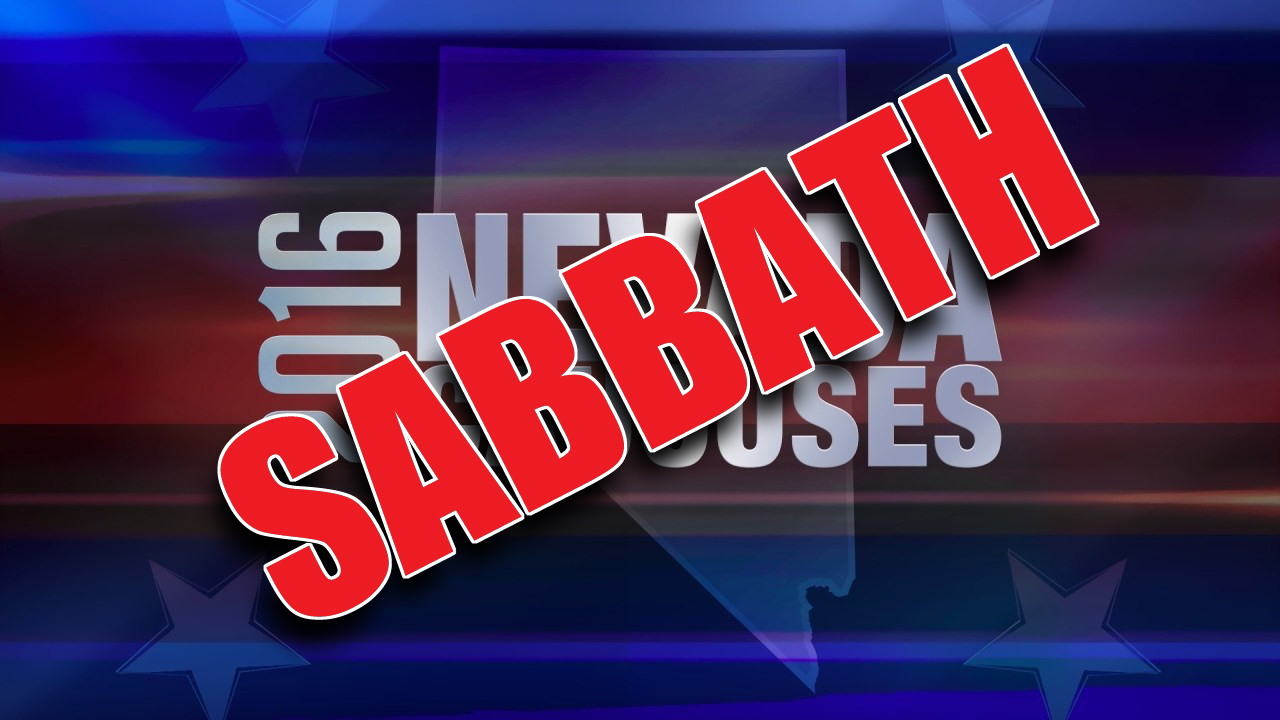 Nevada Caucus on Sabbath a Hindrance for Some Adventists, Jews. Seventh-day Adventists and religious Jews missed out on the opportunity to participate in Nevada's Democratic primary election process because the state's caucuses were held on Saturday. Nevada's Jewish community members said the timing of Saturday caucuses are "disappointing."  In 2012, Republicans caucused on a Saturday, yet an alternate time was arranged after sundown for those whose religious convictions dictated that they not participate in Sabbath caucusing. From CBS News, "Jewish and Seventh-day Adventist Voters Left Out of Nevada Democratic Caucuses."

Adventist Health in Florida Pays $2 Million Government Fine. Adventist Health System Sunbelt Healthcare in Altamonte Springs, Florida, will pay the government $2 million to settle allegations that it gave patients chemotherapy drugs that were left over from other patients. The settlement did not include any determination of liability. Adventist HSSH said in a statement that “while we believe a number of the allegations in the litigation were overbroad and incorrect, in 2012 we voluntarily self-disclosed, rectified billing issues, and refunded monies to the government related to this issue.”  Adventist said it has since implemented new procedures, supervisory protocols, training and electronic dosing. From Modern Healthcare, "Adventist Health System will pay $2M over allegations of using leftover chemo."

Adventist Coach Misses State Tourney to Keep Sabbath. Zach Gillion, the girls basketball coach at Northeast High in Oakland Park, Florida, chose not to attend his team's first state championship game because the game was played on Sabbath afternoon.  Northeast requested the game time be moved, and the players had threatened not to compete without Gillion. But once the schedule was posted, the team agreed to play without its coach. Previously, the Florida High School Athletic Association had changed the schedule for Gillion twice during the playoffs. “It was gut-wrenching,” Gillion told USA TODAY Sports. “But I told the girls that they were playing. I appreciated the gesture (of the threatened boycott). But I told them that this was a platform for them." From USA Today High School Sports,"Florida coach who missed state final because of religious beliefs opens up about decision."

Ghana Conference Prez Decries Potential Fighting during Election Season. As Ghana elections near, Samuel B. Arloo, President of the Eastern Conference of the Seventh-day Adventist, urged Christians to use their energies to win others to Christ and not to spend time fighting.  He was speaking at the Calvary Methodist Church at Adweso near Koforidua during the observation of the Bible Sunday.  From Ghana Web, "Stay Away from Trouble, Christians Urged."