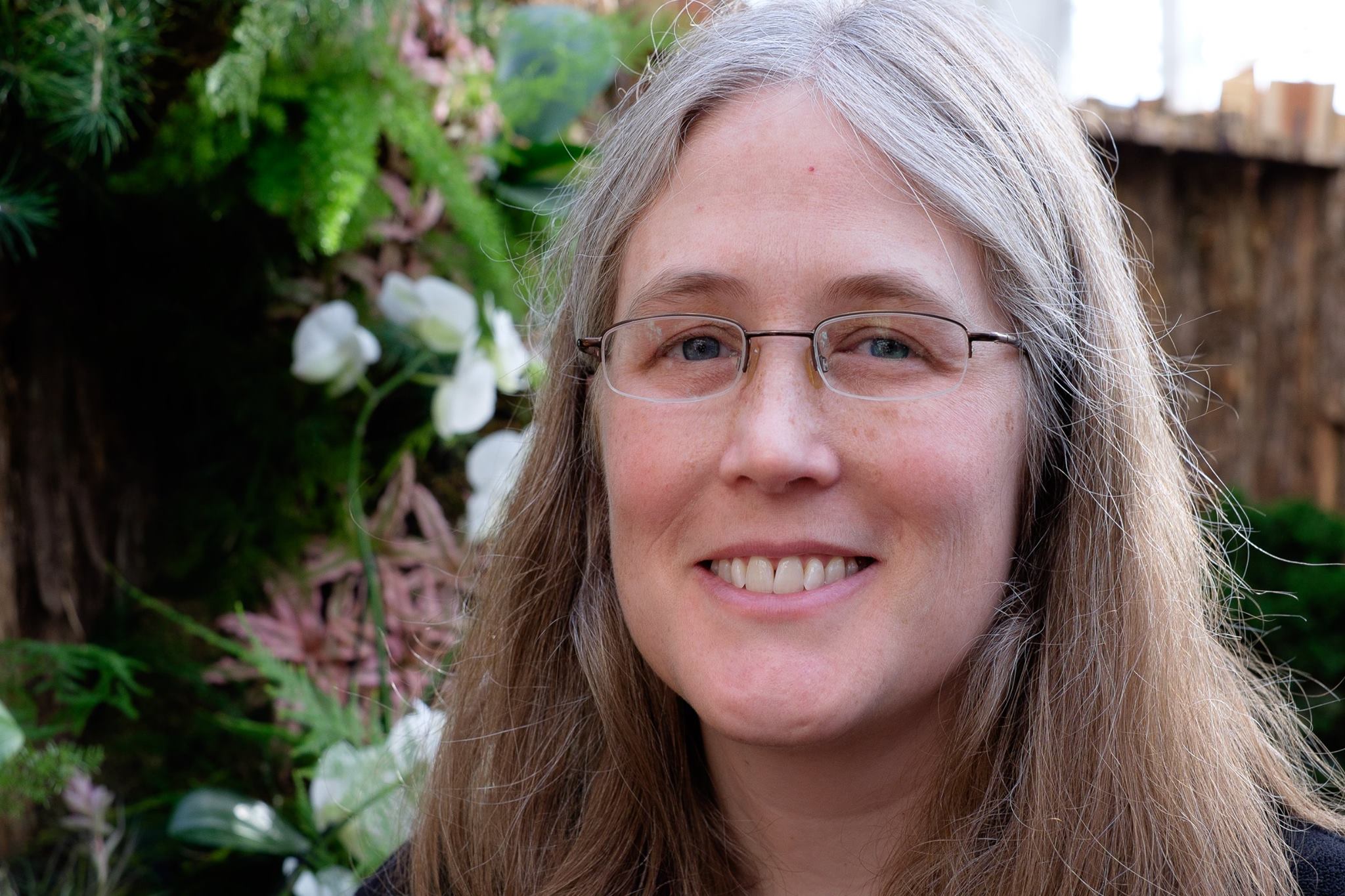 Tiffany Summerscales is an associate professor in the Physics Department at Andrews University. She is a member of the LIGO collaboration which recently announced the first observation of gravitational waves. In this guest interview, physics lecturer and postgraduate student Clinton Jackson talks with Summerscales about the extraordinary discovery.

You are listed as one of the authors of the on the paper announcing the direct observation of gravitational waves.  In the world of science, how important is this paper?

This paper is the beginning of an entirely new way to explore the universe.  Gravitational waves, which are the faint ripples in the fabric of spacetime itself carry information about the astronomical events that produce them.  These events, like the collisions of black holes and supernova explosions are not only violent but also contain big mysteries.  Until now, black holes have been observed indirectly by watching their effects on the stars and gas clouds surrounding them but gravitational waves are produced by the black holes themselves and will help us figure out what happens in regions where gravity is very strong.  Supernovae caused by the collapse of massive stars also contain mysteries since we can only see them from the outside.  Gravitational waves are produced by the core of the star itself and can tell us what happens to the core and how that influences the explosion we see.

Gravitational waves are a result of Einstein's view of gravity as a curvature of spacetime.  It is commonly explained by using the analogy of a rubber sheet.  Think of a large rubber sheet, pulled taut.  If you place a weight on the sheet it will bend the sheet and create a dimple in it.  If you then roll a marble across the sheet, it will roll towards the weight as if it is being pulled towards it.  Gravity creates a similar curvature in space so that objects with mass appear to attract each other as they follow the curvature.  Now if the mass causing the curvature changes suddenly, it will create ripples that propagate outward like the ripples on a pond.  These are gravitational waves.  If a gravitational wave passes by it changes the distances between objects.  LIGO and other gravitational wave detectors have mirrors at the ends of long, evacuated tubes in an L-shaped configuration.  Passing gravitational waves cause changes in the distance between these mirrors that we measure by reflecting laser light off the mirrors and then combining the light from each side of the L.  Changes in the light combination, also called the interference pattern, let us know that the distance between the mirrors has changed and a gravitational wave could have passed by.

Astrophysicists want to measure gravitational waves because they want to learn more about the astronomical events that produce them.  These waves are very weak.  Detectable ones will change the distance between LIGO's mirrors by less than one ten thousandth the diameter of a proton (1 part in 1020) and these are produced only by the most violent events in the universe like the merging black holes that produced the waves recently detected.

Why did you decide to study physics?

I always loved science and was fascinated by nature.  In high school my favorite subject was math so when it was time to go to college, I picked the science with the most math in it.  I was a math major too since I couldn't miss out on the opportunity to learn all of the math I could.

How did you come to be involved in the LIGO collaboration?

As an undergraduate student at Andrews, I did research with Dr. Margarita Mattingly who is a member of the Zeus Collaboration.  Zeus was a detector at a particle accelerator in Germany.  I found that I really enjoyed working in a collaboration of scientists.  My favorite class as an undergraduate was Relativity.  I found the subject mind-bendingly fun.  Working with LIGO was a chance to work on a large collaborative experiment that was built to measure gravitational waves, which were predicted by General Relativity and produced by objects like black holes.  Upon entering graduate school at Penn State, I joined a LIGO group.

The gravitational waves that we are trying to detect are so weak that they have to compete to be heard over the other sources of noise in the detector.  It is like trying to tune into a very distant radio station and struggling to hear snatches of the music, just a note here and there, over the static.  Data analysis and signal processing are used to recover as much of the signal as we possibly can.  The Andrews LIGO group participates in an effort to develop and analyze a computer algorithm that combines the data from multiple detectors (there are two LIGO detectors plus the Virgo detector in Italy, plus more that are under construction) and measures the characteristics of any gravitational wave that is found.  This algorithm was one of several that were used to analyze the gravitational wave from the merging black holes that the big announcement was all about.

Are you expecting a phone call from the Swedish Academy of Science in the next couple of years?

If you look at the paper on the discovery, you will find that mine is one of about 1000 names.  All of those people played a role in designing, building and running the detectors or analyzing the data and doing science with it.  There are even more people who were former members of the collaboration who contributed too.  Nobel prizes are given to at most 3 people so, no, I will not expect my sleep to be disturbed by any calls from Sweden.  There are a few people who came up with the idea for LIGO in the first place and worked out how to make an instrument that would be sensitive enough ... they may be holding their breath a little more.

Tell us about the Andrews University Gravitational Wave Group.  What opportunities has this given students?

All of the students who are members of the group get to be part of a big collaboration doing big science.  Most of the students work on data analysis projects so they get to add to their computing skills and have experience running programs on a supercomputing cluster.  Several students have presented their work at national meetings like the American Physical Society meetings or meetings of the American Astronomical Association.  A couple of Andrews students have spent a summer in Australia working with the LIGO group at The Australian National University on laser physics.  One student spent a semester at the LIGO site in Hanford Washington and was part of an "Astrowatch" program where students ran a detector while the usual operators were performing detector upgrades.

How do you balance a busy teaching load with active research?

Collaboration with other groups in LIGO is essential.  It means that the students and I can do a part of a larger project that would take too much time to do alone.  I also teach summer intensives which gives me more time during the school year to focus on research.

Cosmology can force students to think about the universe in ways that may be uncomfortable for them.  How do approach these issues with your students?

I try to approach issues regarding the vastness and age of the universe gently.  Andrews students come from very diverse backgrounds and have large variations in what they are comfortable with and what they expect to encounter in class.  I usually start any discussions on cosmology by acknowledging the importance of the students' faith and worldview and reminding them that there is a diversity of views, probably even within the class.  We study the standard cosmological models to become educated citizens of the world but also (and especially if you do not share them) to understand the views of others so that we can engage with them charitably.

How does your work as an astrophysicist inform and nourish your faith?

It is hard to not be nourished by a universe that is so awe inspiring and beautiful.  There is always more to learn.

Clinton Jackson teaches physics at Brisbane Adventist College (Australia) and is a part-time postgraduate physics student at the University of Queensland.