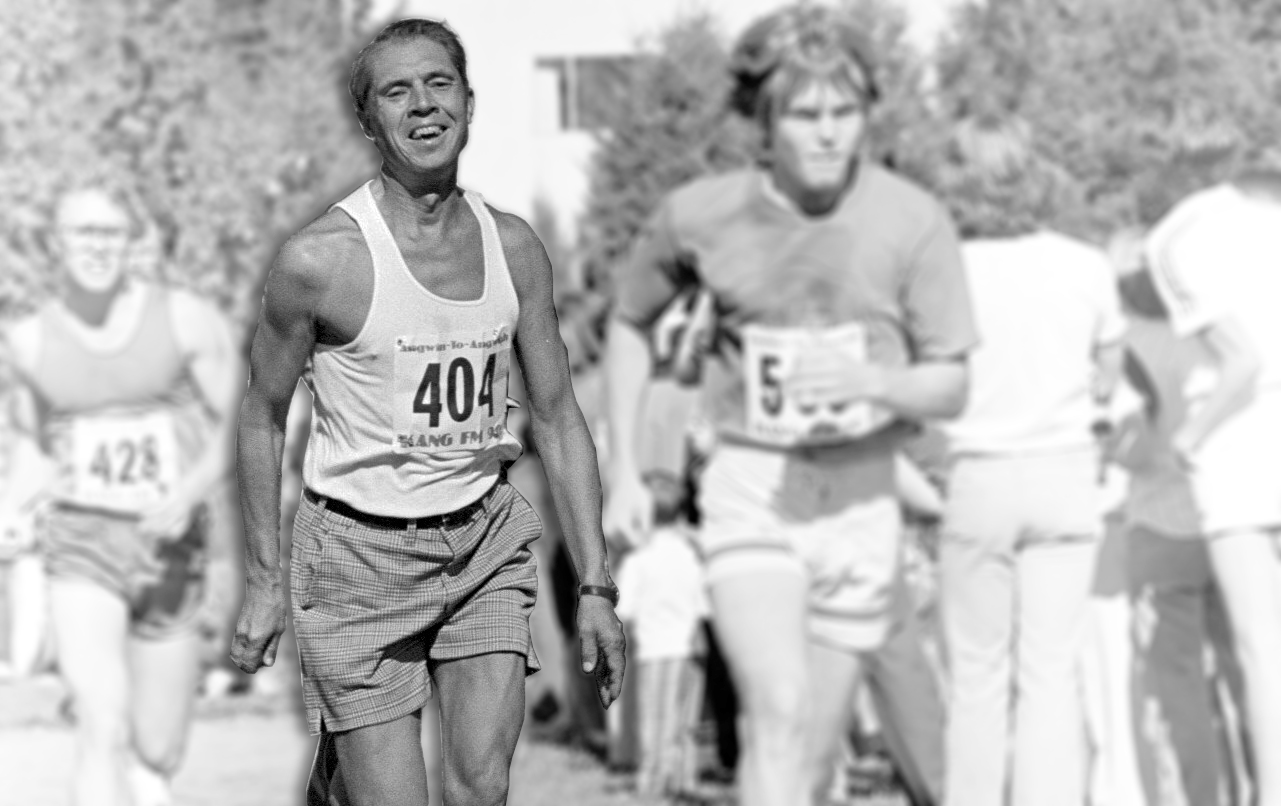 This Ford still runs!
OK, not really. Desmond Ford (pictured left, 1979) doesn’t even jog any more but at eighty-seven years of age he still does a lot of walking and swimming and writing and preaching. This past Saturday, February 6, he returned to the vicinity of Avondale College where he lectured for more than sixteen years. He spoke to about 300 people in the Morisset Uniting Church, reflecting on two topics, women’s ordination and the doctrine of the Investigative Judgement.

The convener, Peter Dixon, had no intentions of a comprehensive coverage of the topics. It was, he said, to be “a conversation starter.” The fact is that the day had to be a re-boot of conversations started decades ago. Some will complain of the futility or irrelevance of the conversations but the issues do not go away. Instead, they remain topical because they retain the official imprimatur of the Seventh-day Adventist Church. Every time the issues are raised the apologists rush to the defence of these positions.

Women’s Ordination
Ford surveyed the Scriptures, beginning at Genesis, noting that it took both a man and a woman to represent the image of God who is Spirit. He added that Eve was created Adam’s equal, and she was creation’s crowning sample.

Honourable women of Old Testament times were highlighted and the observation was made that Jesus demonstrated no gender discrimination. Women ministered to Him (e.g., Mark 15:41), just as they can today. Among the leaders of the early church were examples such as Priscilla, Phoebe, and Junia.

One of the marked differences between the Levitical priesthood and the Christian order is the tenet of the priesthood of all believers. This is an important concept that Adventist missionaries to the third world have generally failed to share, and homeland churches have been slow to fully appreciate.

Ford believes that Paul’s admonition against women speaking in churches needs to be seen in the context that there were some babbling women disrupting the services in the Corinthian church. Paul advised they keep silent for the same reason as similarly jabbering men should zipper their mouths (1 Cor. 14:28).

Finally, Ford honored more recent women who have ministered on behalf of Christ, individuals such as Gladys Aylwood, evangelical missionary to China, and Catherine Booth, co-founder of the Salvation Army and arguably a better preacher than her husband. It was she who wrote, “‘Let your women keep silence in the churches’ has resulted in more loss to the Church, evil to the world, and dishonour to God than any of its errors.”

Earlier, the audience had been spellbound when Joy Butler, a missionary’s wife and International Vice President of the Woman's Christian Temperance Union, introduced a fellow minister, Kim, who was raped as an eight-year-old and now devotes her time providing a sanctuary in Kenya for thirty-five girls at a time in order to protect them from child marriage and genital mutilation. Ford had asserted that the ordination ceremony was not a biblical instruction for women or men. Kim was living proof that a woman, like the woman at Jacob’s well so many years ago, could be ordained by Christ without any ceremony and engage as an outstanding Christian minister. Most of the day’s offerings were donated to Kim’s cause in Africa.

Investigative Judgement
When organising the meeting, Dixon tried to set up a debate or a panel discussion on this issue. He asked eighteen Seventh-day Adventist ministers to take part, but all declined. Why were these ministers reluctant to come to the defence of this key Adventist doctrine? They are paid to defend all the Fundamental Statements at every opportunity. Were they afraid they would have to defend sandcastles using paper darts?

Ford’s discourse was given in the context of his most recent book, "Seventh-day Adventism: The Investigative Judgement and the Everlasting Gospel" and Kai Arasola’s 1990 volume, "The End of Historicism."

Pivotal to the Investigative Judgement idea is the year-day theory, a tool used by William Millar for the interpretation of prophecy. Arasola outlines fifteen applications of the theory that Miller used to predict the Second Advent. Many used the same theory both before and after Miller, all culminating in disappointment.

Ford noted that every date in Miller’s charts was wrong, as were those of his misguided predecessors, plus those Seventh-day Adventists and Jehovah’s Witnesses who persist with this antiquated tool for interpretation. One would expect of sane people—having experimented numerous times to turn lead into gold and meeting with failure and great disappointment every time—that it would be more productive to try a different method.

Ford mentioned that the Consensus Statement issued by the church at Glacier View admitted there was no strong biblical evidence for the year-day theory.

Ford also noted that the Seventh-day Adventist position rests on a poor translation—the KJV of Daniel 8:14. He stated that the Hebrew word for twenty-four-hour periods or days (yamim) is absent. In context, the expression is translated better as “2,300 evenings and mornings” (NIV) and refers to the temple evening-and-morning sacrifices over a literal period of 1,150 days. Furthermore, Adventists blunder by making a parallel between the word “cleanse” (tahar) in the Day of Atonement service of Leviticus 16 and the word translated as “cleansed” (tsadaq) in Daniel 8:14. Tsadaq is better translated as “justified” (RV margin) or “reconsecrated” (NIV). The Millerites were not skilled in biblical languages and would have done well to heed the scholarly critics of the day.

Seventh-day Adventist employment of historical facts is manipulated, Ford claimed. In order for scholars to arrive at the 1844 date, a start for the 2,300 (Dan. 8:14) and the “seventy-‘sevens’” (Dan. 9:24) is asserted to be 457/458 BC. This is after making the dubious assumption that they begin at the same time. However, Daniel is clear that the “seventy-‘sevens’” begin with “the issuing of the decree to restore and rebuild Jerusalem” (Dan. 9:25). In the context of Ezra chapters 1 to 6 and Haggai, the proper start to the rebuilding was about 538 BC. The decree of 457/458 BC (Ezra 7) had nothing to do with bricks and mortar. Instead, it gave permission for the Jews to re-establish their judicial system.

For reasons of context, biblical linguistics, and historical evidence, the Investigative Judgement can therefore be declared bankrupt. Ford insisted that such a theory downgraded the finished atonement at Calvary (John 12:31; 16:8-11; Heb. 9:12, 26-28; 10:10, 12-14) and left people in doubt about the surety of their personal salvation.

During question time, one person called for a united push to extract a church apology directed at Ford and others hurt by events after Glacier View. It is the opinion of this writer that unless a gospel reformation takes place within the church the chances of an apology are zilch. There is no precedent in the church for it. And it is almost impossible for a group with a perfectionistic frame of mind to admit error, especially when the arrogant claim is made to sole ownership of "the truth" and God’s leading since 1844. Only a spirit of humility and a pruning of the Fundamental Statements may enable a belated apology.

The DVD of the meetings Des took near Avondale will become available from Peter Dixon avondalemusic@me.com.

Milton Hook is an Australian who earned an MA and Ed.D at Ohio Evangelical Lutheran Seminary and Andrews University. He was a missionary to remote parts of Papua New Guinea, a church pastor and college Bible teacher. He has published three books including Des Ford's biography, a series of thirty-two church history booklets and numerous articles over the past fifty years.