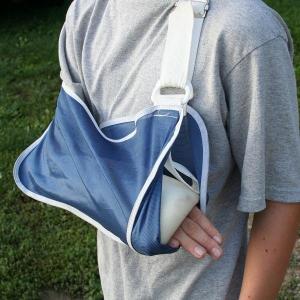 If you use Facebook regularly, you know each day it shares a "memory" from the past. Apparently it was a year ago that I sat at a table with four friends from college. One is a committed Adventist married to a pastor. One couple admitted that the church they regularly attended was "the last stop on the way out of the denomination." One had left a few years ago and decided to go to a church that worshiped on Sunday because she felt that where she worshiped now, she was in a place that she could grow closer to God. She felt that she could use her gifts more in this new church. As we sat at dinner and heard their stories, I felt sad. I didn't feel sad for them, but I felt sad for our church. We keep losing gifted and beloved members from our denomination because they felt that they needed to be in a place that they could be used. And I was also sad because I know that our denomination as a whole doesn't look at it that way. When people leave, no matter what the reason, it's almost always framed as "apostates" backsliding.

Over a year ago, I read an article where a young lady poured her heart out explaining why she believed she needed to make the decision to leave our denomination. She laid out how difficult that choice was for her and her husband and their attempts to stay. Yet regardless of her rationale, these deep considerations fall on dead ears. I read comments where individuals lambasted her for not really being serious about the Lord, for being selfish, or being spiritually immature.

Even ministers are not immune from this criticism. Full disclosure, I've met Ron Gladden once. But I heard a lot about him before ever looking him in the eye. Despite being a dedicated evangelist serving the North American Division for decades, he was made out to be a pariah. For those not familiar with the story from over a decade ago, I'll give the Cliff Notes version. Gladden's love for the church led him to propose an alternative to the current church structure. But even a celebrated North American Division church planting leader can't persuade leadership to redirect a behemoth of an organization as large as our church. Frustrated, he followed his conscience and started a parallel organization. Same doctrines--different structure. Although leaving had never been his goal. However that wasn't the word on the street. During the time of Mission Catalyst's inception, I was a seminarian. Students were told that Gladden was leaving the church because he wanted to start his own offshoot denomination. We were warned that if any of us affiliated ourselves with him, we would be blacklisted. Who cares what the reasons for leaving were! Anyone who leaves the church must simply be a heathen who is not dedicated to Christ.

One of the most dangerous--yet most ubiquitous-- beliefs that is repeatedly touted is that our church is the "Ark of safety." This phrase alludes to the biblical story of Noah's Ark. This awful nomenclature leads people to believe that those inside are safe while those outside are doomed. There is no alternative place to go. Those who leave do so at their own peril. They are foolhardy and are acting based on the recalcitrance of their hearts. Additionally, if we are THE Ark, then we are beyond criticism.

I'd rather use the biblical analogies for church found in the I Corinthians 12: a body. Sometimes our bodies don't work the way they should. But if your body isn't functioning well, noticing and attending to that sore spot is seen as CARING for your body and being responsible…Not as betraying it. If there is pain, ignoring it doesn't help heal the hurt. And one would never accuse someone trying to address sickness in the body of not loving the body simply because they have acknowledged that the body is not perfect. We recognize what is wrong and we try to help it. If we adopt the mindset that those who love the body may also sometimes see things with changing about the body, we would be less defensive. Instead, in many cases, people have been forced out of our churches and branded as disloyal because they sought change.

People may love the Lord and even agree with our doctrine, but feel that they cannot truly fulfill what God desires of them within the confines of our present structure. Instead of demonizing those who leave let's listen to the critiques--painful as they may be to hear--the body isn't perfect. But recognizing that may be the key to a healthier, stronger body than ever before.